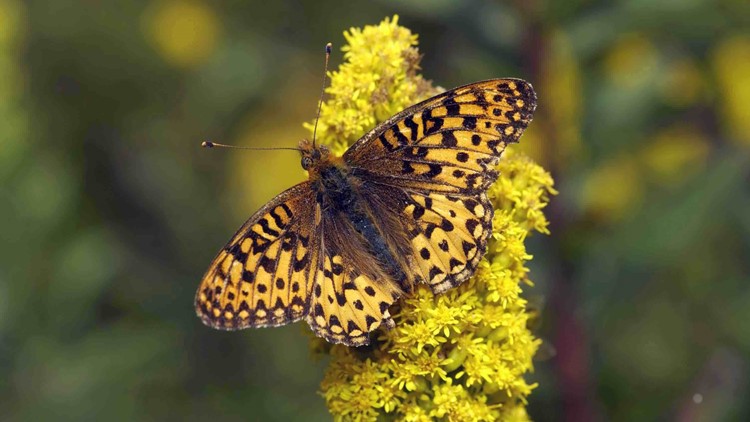 Photo by: Oregon Zoo
The threatened Oregon Silver-Spot Butterfly in its native coastal habitat. These butterflies are getting a head start at the Oregon Zoo twith a captive rearing program. After the catepillars pupate they are released back into their environment.

PORTLAND, Ore. — Conservationists have successfully bred the extremely rare Oregon silverspot butterfly in captivity, a potential breakthrough for saving a species that once was found in coastal regions from California to British Columbia but is now reduced to five isolated populations, the Oregon Zoo said.

The captive breeding resulted in 269 silverspot caterpillars that will be released into the wild once they transform into butterflies.

“This is a really exciting breakthrough,” Tia Perry, a keeper in the butterfly conservation lab, said in a statement Tuesday. “Not only does it mean we can release more silverspots in Oregon but it’s something that can benefit the imperiled population in California as well.”

The lab had hoped that more females might breed in captivity, but with such a fragile species "every egg counts,” Perry said.

The Oregon silverspot is listed as a federally threatened species. It was once common in coastal grasslands from northern California to British Columbia. Now, just five isolated populations remains in Oregon and California.

RELATED: A 'historic' win for supporters of the Washington Park and Zoo Railway