Despite the increase in wolf numbers, the number of wolf attacks on livestock decreased to 17 confirmed incidents, compared to 24 in 2016, according to the report. 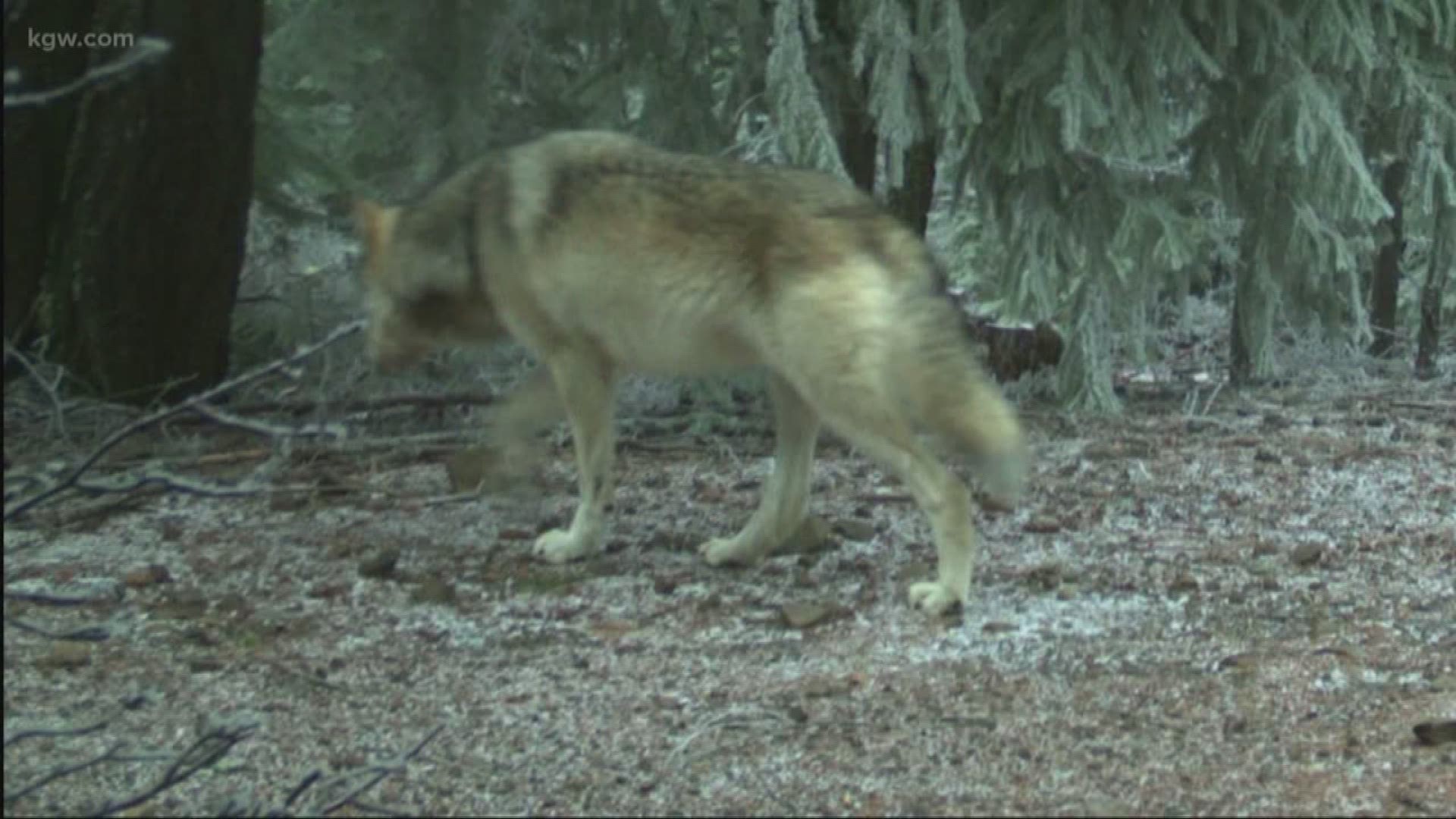 The number of wolves in Oregon continues to grow.

In their annual count, state biologists tallied a minimum of 124 wolves last winter, an 11 percent increase.

Oregon is home to at least 12 wolf packs, 11 of which have a breeding male and female with at least two pups that survived the winter — a 38 percent increase.

“The wolf population continues to grow and expand its range in Oregon,” said Roblyn Brown, wolf coordinator for the Oregon Department of Fish and WIldlife. “This year, we also documented resident wolves in the northern part of Oregon’s Cascade Mountains for the first time.”

Highlights from the report:

— Despite the increase in wolf numbers, the number of wolf attacks on livestock decreased to 17 confirmed incidents, compared to 24 in 2016, according to the report.

— The number of wolves killed due to "chronic" livestock attacks grew to five wolves in 2017, including four from the Harl Butte Pack, and one from Meacham Pack. This week, a permit was issued that allowed the killing of two more wolves due to livestock attacks.

— Four wolves were killed illegally in 2017, including two in Western Oregon, where wolves remain protected by the federal Endangered Species List.

Three of those poaching investigations are ongoing with rewards for providing information ranging from $2,500-$15,000.

The fourth case, involving a wolf trapped and then shot in Union County, was prosecuted. The defendant was penalized with 24 months of bench probation, 100 hours of community service, a hunting/trapping license suspension of 36 months and a $7,500 fine paid in civil restitution to ODFW.

He also forfeited the firearm and all trapping related items seized during the investigation and was sentenced to an additional $1,000 court fine.

“It is encouraging to see the continued recovery of Oregon’s wolf population into more of their historic range,” Brown said. "Despite this good news, ongoing issues of poaching and livestock depredation must be carefully considered as we explore more effective management and conservation practices."