Nearing end of their lease, the Belmont Goats need new home by July

Heads at a beloved Portland non-profit are searching for an ever-elusive needle in a haystack: an empty piece of land, at least half an acre, to house 14 goats and a chicken. 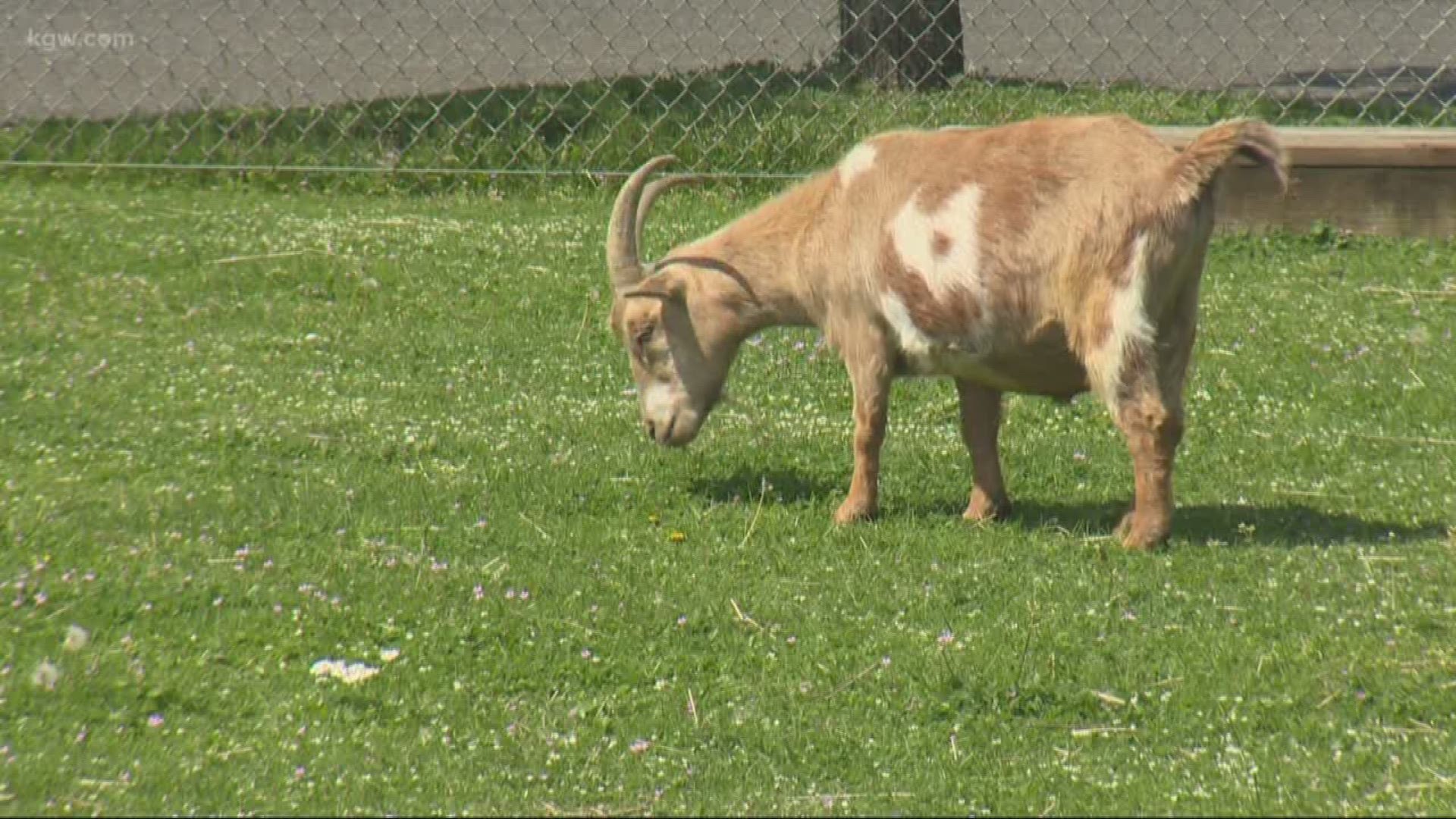 PORTLAND, Ore. — Heads at a beloved Portland non-profit are searching for an ever-elusive needle in a haystack: an empty piece of land, at least half an acre, to house 14 goats and a chicken.

And The Belmont Goats have to hoof it from their current plot, at Southeast 92nd Avenue and Harold Street, by July.

That’s when their latest lease with Prosper Portland expires.

As cute as they are, @thebelmontgoats are having trouble finding a new home!

Their lease is up next month.

“It may be property that you’re going to do something with, but if you know ‘I’m really not going to get to that for a couple of years’, that’s the kind of spot we’d love to talk about,” said project manager Bix Frankonis Sunday. “Both neighborhoods we’ve lived in have loved having us around.”

This would-be offer would make for the nonprofit’s fourth home total.

A few years ago, they moved to the Lents area, where they’ve made homes on two properties since.

“We sometimes get asked, ‘Well how much room do you really need for 14 goats?’ ” said Frankonis. “And it’s not just about the 14 goats. It's about the seven or eight families who are here at the same time or the walking tour of 30 people that we didn't know about that comes by.”

Frankonis added staff have a few hopeful options, but nothing is finalized.

They also have some back-up locations where they keep the animals for a short time, but those properties wouldn’t be open to the public.

If you know of a property that may work as the Belmont Goats’ new home, click here.