Misunderstood Mutts Rescue serves dogs that are often neglected and sometimes abused. In less than a year, the all-volunteer organization has helped 44 dogs find new homes. 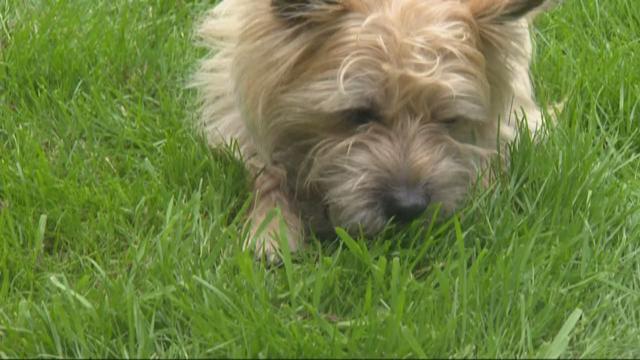 They're often called throwaway dogs. You may have seen the listings on Craigslist or Facebook, offering to give away dogs to the first person to show up.

Sturdy little Winston was one of them, being given away on Craigslist with his former owner seeking a love seat in exchange.

Copper was also given up by his owners. He wasn't socialized when he was younger, so he's skittish around people. He needs a home with a canine companion.

Both dogs were lucky enough to end up with Misunderstood Mutts Rescue.

"We have a huge problem with dogs being given away, dogs being surrendered and I wanted to fill that void," said Becky Dilba, co-founder of Misunderstood Mutts.

The dogs the rescue serves are often neglected and sometimes abused. As a result, the dogs sometimes have behavioral or medical issues and aren’t as likely to be adopted from a shelter.

Winston, for example, "was dirty and infested with fleas. He wasn’t neutered," Dilba said.

Misunderstood Mutts, which has locations in Portland as well as Yakima and Bellingham, Wash., has helped 44 dogs find new homes in less than a year.

The rescue is an all-volunteer organization and is kept small by design. Dilba said they place only six to eight dogs in foster homes at a time because of how quickly costs add up.

"We cover all medical costs," Dilba said. "Every medical cost you can think of we cover."

Dilba says what the Portland area needs are more foster homes. “This is a dog-loving city and we only have two fosters.” she said. Foster homes serve as a temporary stop for about a month, where the dogs can be treated, trained and loved.

“We were just going to foster Winston and he was here for a week,” Husted said. "It was right before Christmas and I said, 'I want Winston for Christmas,' and so I got him."

Others like Copper are still waiting for their perfect family. When they do find the right match for a misunderstood mutt, it makes all the hard work worthwhile.

"It makes it totally worth it," Dilba said. "Every restless night, every amount of money you spend. It makes it worth it when that happens.”