Hunter says cougars advanced on him near Mount Hood; kills one

Bill Nylund was deer hunting when he said he came across three cougars near Mount Hood. He said the cougars advanced on him, leaving him no choice but to kill one. 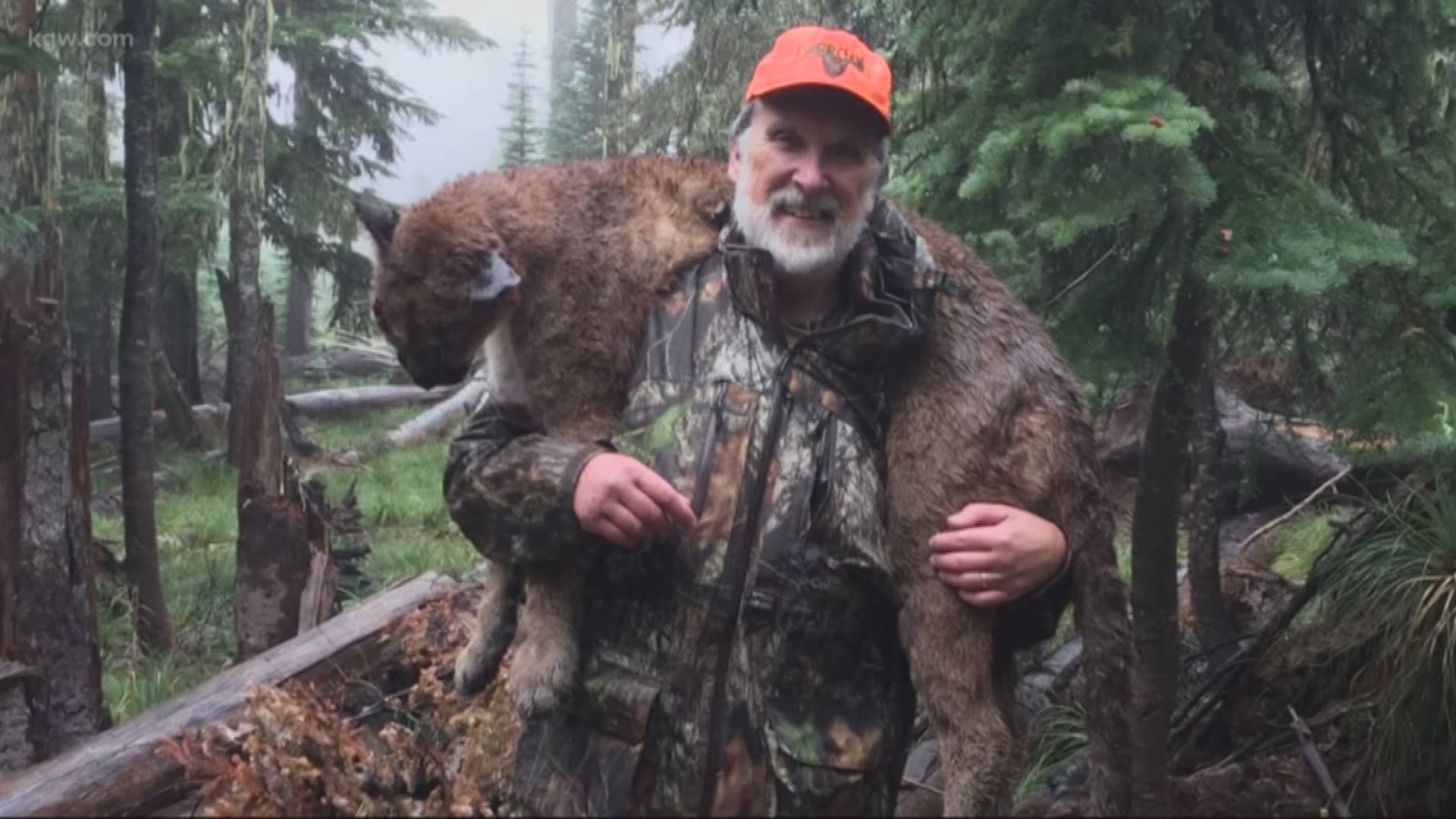 Bill Nylund says in about 12 years of living and hunting near Mount Hood, he’s seen a lot of things. But up until last weekend, he had never run into a trio of cougars.

Nylund lives in Rhododendron. He says he had an all too close encounter with one of the big cats. He said it happened while he was deer hunting near Badger Lake, about 20 miles east of Mount Hood.

“[They] jumped on a log probably 120 feet from me and the minute they got on the log, they immediately turned to me and pinned their ears back, pulled their teeth out and started growling at me,” Nylund said.

He said the cougars were advancing on him and didn’t seem to be scared of him.

“And finally, I figured I’m going to have to take one of these out of the game,” Nylund recalled.

He ended up shooting an adult female cougar who he says was about 50-60 feet away.

Credit: Bill Nylund
Bill Nylund with the cougar he killed

Nylund said he brought the cougar to the Oregon Department of Fish and Wildlife, which is standard procedure when a cougar is killed.

Nylund wants people to keep their eyes peeled and be prepared because while we live in a beautiful place, there are still wild animals around.

“We’re sharing the woods with some critters. Some of them have attitudes,” he said.

Nylund has a hunting license and a permit to hunt cougars, just in case he ran into one.

KGW reached out to ODFW but we have not heard back.