Family warns of dangers after dog attacked, killed at park

A veterinarian said dog-on-dog attacks are "very common" during the summer. 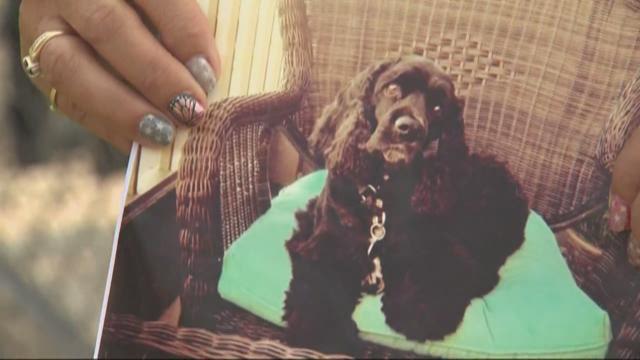 ROCK CREEK, Ore. -- A Washington County couple is grieving the death of their dog after he was attacked at a local dog park.

“He was a great dog and everybody loved him,” said the dog’s owner, Jim Stewart.

On Aug. 3 Stewart said he took his Cocker Spaniel, Nicky, to the dog park next to Portland Community College’s Rock Creek campus. Stewart said he had just walked Nicky through the gate on a leash, when a group of dogs came up to sniff him.

“My dog was just standing there, almost frozen and then just growls and dust.”

Stewart said a German Shepherd attacked Nicky, critically injuring him. They took Nicky to Bethany Family Pet Clinic, where veterinarian Dr. Mark Norman began treatment. Norman said it was a scenario he's all too familiar with.

“We typically see a couple dog park dog-on-dog attacks every week in the summertime,” said Norman. “It's very common.”

Most dog parks, including those in Washington County, are unregulated. Owners bring their pets at their own risk, with a reasonable expectation of injury, according to Deborah Wood, manager at Washington County Animal Services.

“We just never thought something like that would happen,” said Jan Stewart.

“A dog’s actions may be interpreted as play, when really it’s really…showing aggression and a lot of times they’re misinterpreted by the owners,” said Norman.

Knowledge the Stewarts hope will do for other pets, what it can't do for there own, now. After five days of intensive care at Dove Lewis Animal Hospital, Nicky died from his injuries.

“He suffered and he really tried so hard to get better,” said Jan Stewart. “During one of our last visits, he kind of looked at me and it was almost like him saying ‘Mamma, this is really hard,’ like he was asking for permission, to go.”