As cougar sightings rise in cities, does Oregon have a big cat problem?

The number of cougars killed due to human or livestock conflicts reached a record 70 animals last year in the Willamette Valley, Coast and Northern Cascades region. 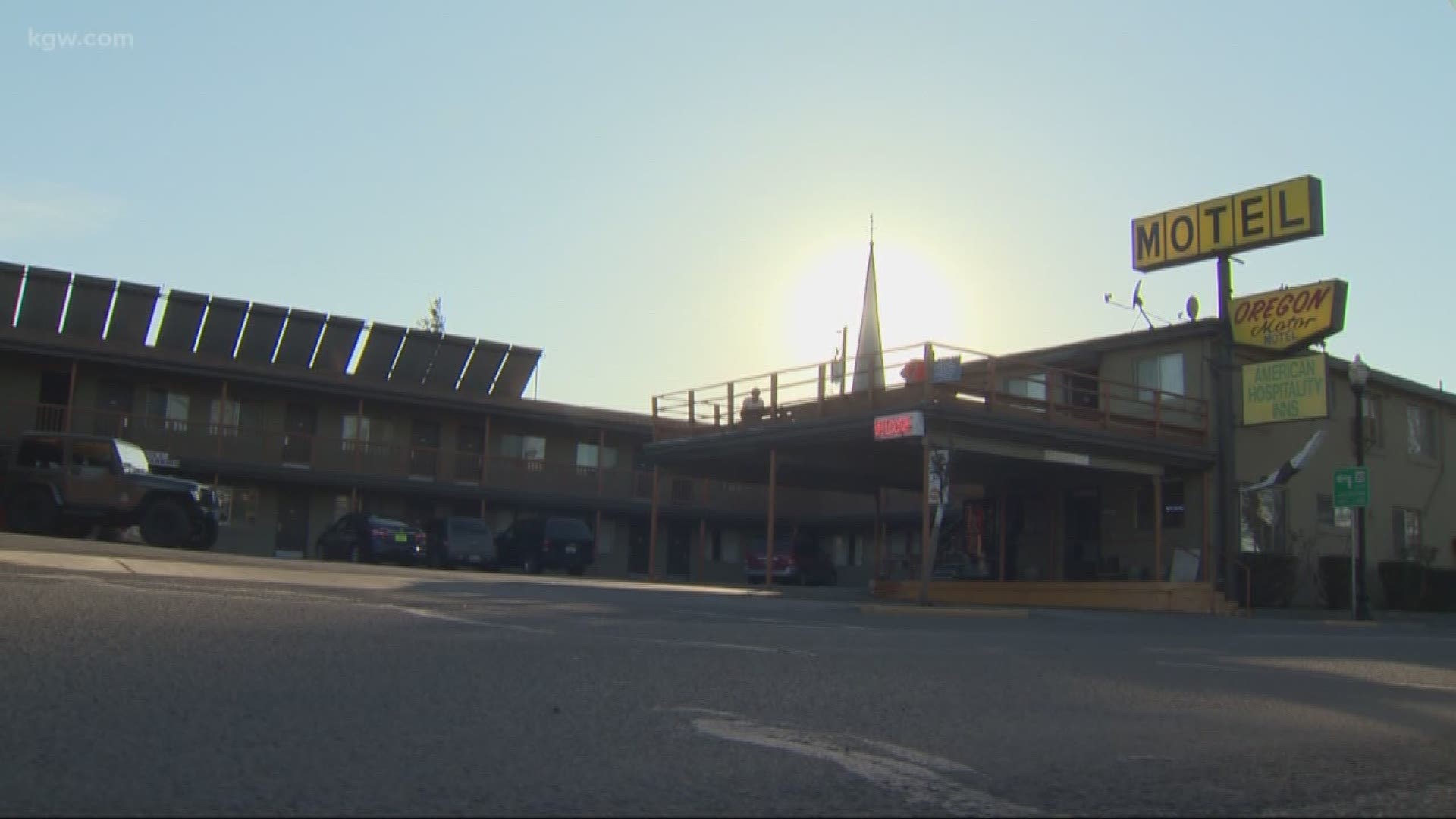 In the late afternoon daylight, Tamara Swanson was walking through Silverton’s Oregon Garden when she came across a cougar attacking a small animal.

At first, she was exhilarated. The Mid-Valley resident has long loved watching animals in the wild.

Then the moment turned tense.

“It wasn’t until the cougar had its prey down that it noticed me — it stood up tall and looked directly in my eyes,” Swanson said. “I got big, arms up in the air, and shouted the loudest yell I could create. It disappeared down the ravine with its prey, and then quickly stood up and looked back to see if I was still coming.

Four days later, the cougar Swanson saw — that she affectionately dubbed “my cougar” — was trapped and killed by wildlife officials. It was a young cat, and because it had been seen multiple times around Silverton, officials decided it was a “safety risk” that had lost its natural fear of humans.

The story has become familiar.

Cougars are shy and solitary creatures, typically going out of their way to avoid humans. But in recent years, the number of big cats showing up in backyards and city parks has grown.

Background: Cougar wanders into motel in The Dalles

“When you see them showing up in urban areas, it’s likely that better habitat was occupied and they are trying to find a place that works for them,” said Derek Broman, carnivore coordinator for the Oregon Department of Fish and Wildlife.

Environmental groups and some biologists disagree. They say ODFW inflates the number of animals in the state. And they say Oregon’s policy is trigger-happy, creating more problems than it fixes.

“A lot of cougar mothers are getting killed,” said Dr. John W. Laundré, a professor at Western Oregon University and a board member of the nonprofit environmental group Predator Defense. “Baby kittens who are orphaned don’t get the training they need, and end up causing the trouble.”

There’s no evidence of a wild cougar attacking a human in Oregon, but there have been a handful of examples of fatal cougar attacks across the West.

Cougars were once abundant in Oregon, but similar to other predators, such as wolves, that started to change with the arrival of settlers in the 1800s.

“The most effective and devastating method was poison,” Broman said.

The number of animals dropped sharply to an estimated 200 by the 1960s.

But, unlike wolves, cougars never went extinct in Oregon. A few pockets remained, mostly in the southwest and northeast.

“My belief is that unlike wolves, which are pack animals and easier to find, cougars are solitary and prefer really difficult terrain for humans,” Broman said. “They likely persisted because there were pockets of them where humans just couldn’t reach.”

In 1967 cougars were declared a “game animal” and subject to regulation by state officials. Bag limits were established for hunting cougars, which allowed their numbers to rebound to around 2,000 animals by 1987, according to ODFW.

Once the number of cougars rebounded, their numbers continued to grow and expand into just about any place with a food source — mainly, deer and elk.

The number of cougars increased at a consistent clip, growing to an estimated 6,400 to 6,500 today, according to ODFW.

“It really is a success story,” ODFW’s Broman said. “Our cougar population is very healthy.”

Laundré disagrees with ODFW’s population estimates. He said the agency tends to inflate the numbers. By counting every kitten, cougar passing through, and even animals that don’t remain in the state, it inflates the estimates 30 to 40 percent, he said.

“It’s similar to if they reported deer populations right after fawns were born. They don't do this because we know many of these young will die,” Laundré said. “It’s misleading, but fits into ODFW's purpose because the higher number of cougars they report, the more they can justify the high number killed by sportsman.”

Broman said the population estimates were all based on data gathered in the field, and might actually underestimate cougar populations in some parts of the state.

Cougar growth in the Willamette Valley

The last place for cougars to spread, Broman said, has been into Oregon’s populous northwest and coast, where the number of cougars has increased 27 percent during the last decade, to almost 1,000 animals, according to ODFW.

The problem is that human populations in the Willamette Valley also are expanding, bringing additional conflict especially in outlying towns such as Dallas, Silverton, Cottage Grove and Corvallis.

“You have the growing population of cougars, but you also have their prey, like deer and turkeys, that are increasingly learning to live in urban and suburban areas,” said Jim Akenson, a former cougar biologist now with the Oregon Hunters Association. “That kind of pulls cougars into these areas.”

Broman said the biggest areas of conflict are in small farms in the Coast Range and Cascade Foothills.

“There are so many of these small hobby farms with free-range chickens and goats that are prime pickings for cougar,” he said.

It remains rare for cougars to go strolling down Main Street, but it has become an increased issue, said Polk County Sheriff Mark Garton. A cougar was spotted in Dallas City Park multiple times last spring, another went up a tree last week on Brownsville Road.

“It’s on our radar more often, and people are telling us they’re seeing more activity,” Garton said. “But it’s not an overwhelming problem. People in this area tend to take care of the issue by themselves.”

Who’s allowed to kill a cougar, and when?

Oregon killed 544 cougars in 2016, with the two highest reasons being hunting (267) and those taken due to conflict with livestock and humans (169).

Environmental groups and some biologists say killing cougars actually creates more problems, and point to California’s laws as a better model for success.

While the hunting side is simple enough — a yearly limit is set in each region based on population — conflict deaths are more complex.

If a cougar attacks livestock, Oregon law allows the landowner to kill the cougar, through a wide variety of means. No permit or permission is required, but the landowner must report the death to Oregon State Police.

In the last five years, an average of 165 cougars were killed each year for the “damage” reason, according to ODFW. The problem is growing fastest in Oregon's northwest and coast.

“If cougars have learned that chickens are easy pickin's, they can’t unlearn it,” Broman said.

Broman said OSP can investigate if a story about a cougar being killed doesn’t add up or raises red flags, and can issue a citation.

The most controversial cougar deaths typically fall under the “human safety or pets” category.

These usually include cases where a cougar shows up in an urban area and kills a pet or appears to have lost its fear of humans.

In the last five years, an average of 28 cougars have been killed for this reason in Oregon.

Broman said there are two categories wildlife officials look at to determine whether the cougar can be left alone, or needs to be euthanized.

The “wrong place, wrong time” definition typically applies when a cougar is found up a tree on the outskirts of town.

“You can imagine that in that situation, the cougar was traveling on the edge developed habitats and was spooked up a tree to seek refuge,” Broman said. “Without any other information available, that sounds like non-threatening behavior and we’d hope they left and never showed back up again.

“Cougars are by nature secretive and tend to turn around when they reach urban areas.”

Problems arrive when a cat has ventured deep into urban areas, and is seen repeatedly.

“The animal would have stopped one or two blocks into town had it truly feared humans and our concrete jungle,” Broman said.

Why don’t officials relocate the animals, instead of euthanizing them?

As a general rule, ODFW officials said, they try to give cougars every opportunity to leave town before taking action.

But if there are repeated sightings and concerning behaviors, they will typically euthanize the animal. Relocation is not a common strategy.

The reason, said Broman, is that a cougar used to getting a meal from a backyard or by attacking livestock is likely to repeat that behavior.

“If we relocated an animal with those red flags, and it did it again, the state would be liable,” he said. “It’s also likely we relocate it into another cougar’s territory, which wouldn’t end well.”

Cougars that might have just been in the “wrong place, wrong time” can be relocated, but it doesn’t happen often.

“Capturing cougars is enormously difficult and has a low probability of success,” Broman said. “The decision to euthanize isn’t something we take lightly, but in many cases it might be the more humane choice. Ultimately, these situations don’t have a big impact on the cougar population.”

Environmental groups have strongly criticized Oregon’s policy in allowing so many cougars to be killed.

They say officials are too quick to euthanize animals under the banner of “human safety,” even though cougars have little history of attacking humans.

“There’s no reason for Oregonians to worry about being attacked by a cougar — it doesn’t happen here,” Laundré said. “Deer kill far more people than cougars by being on the highway and getting hit by a car. Should we wipe out every deer seen near a road?”

Laundré touted California’s rules in dealing with cougars. Voters banned cougar hunting in 1990 and anyone seeking to kill one — usually following livestock attacks — has to obtain a “depredation permit.”

Despite that, California’s cougar population is similar to Oregon — an estimated 4,000 to 6,000 animals. California also kills fewer cougars for conflict reasons, according to state data.

“California has to be the standard,” Laundré said. “They kill fewer animals and have lower numbers of problems. In Oregon, we kill all of these animals and still don’t get the results we want.

“All the data indicates that the more cougars you kill, the more problems that you have.”

Broman said he understands that argument, but noted that many of Oregon's problem cougars are adults, and even mothers, rather than just juveniles.

He also noted that Oregon has had zero recorded cougar attacks on humans. California has had three fatal attacks and 10 non-fatal attacks.

Colorado, which does allow hunting, also has had three fatal cougar attacks.

There are a number of measures Oregonians living in cougar country can take to avoid conflict.

ODFW suggests keeping pets indoors at night and not leaving food outside. They discourage feeding animals, such as deer, in your backyard, because that could lure in a cougar.

If you see a cougar, make yourself large and loud, and don’t run away, while also giving the animal a way to escape.

Swanson, who saw the cougar in Silverton, said the goal is finding a balance.

“I do feel we need to respect a wild animal’s habitat and need for survival,” she said. “At the same time, I am fully aware of the need to protect humans and their children, pets and livestock.”