Portland's annual LGBTQ pride parade and festival are again on the COVID backburner, but new events are launching this June for Pride Month. 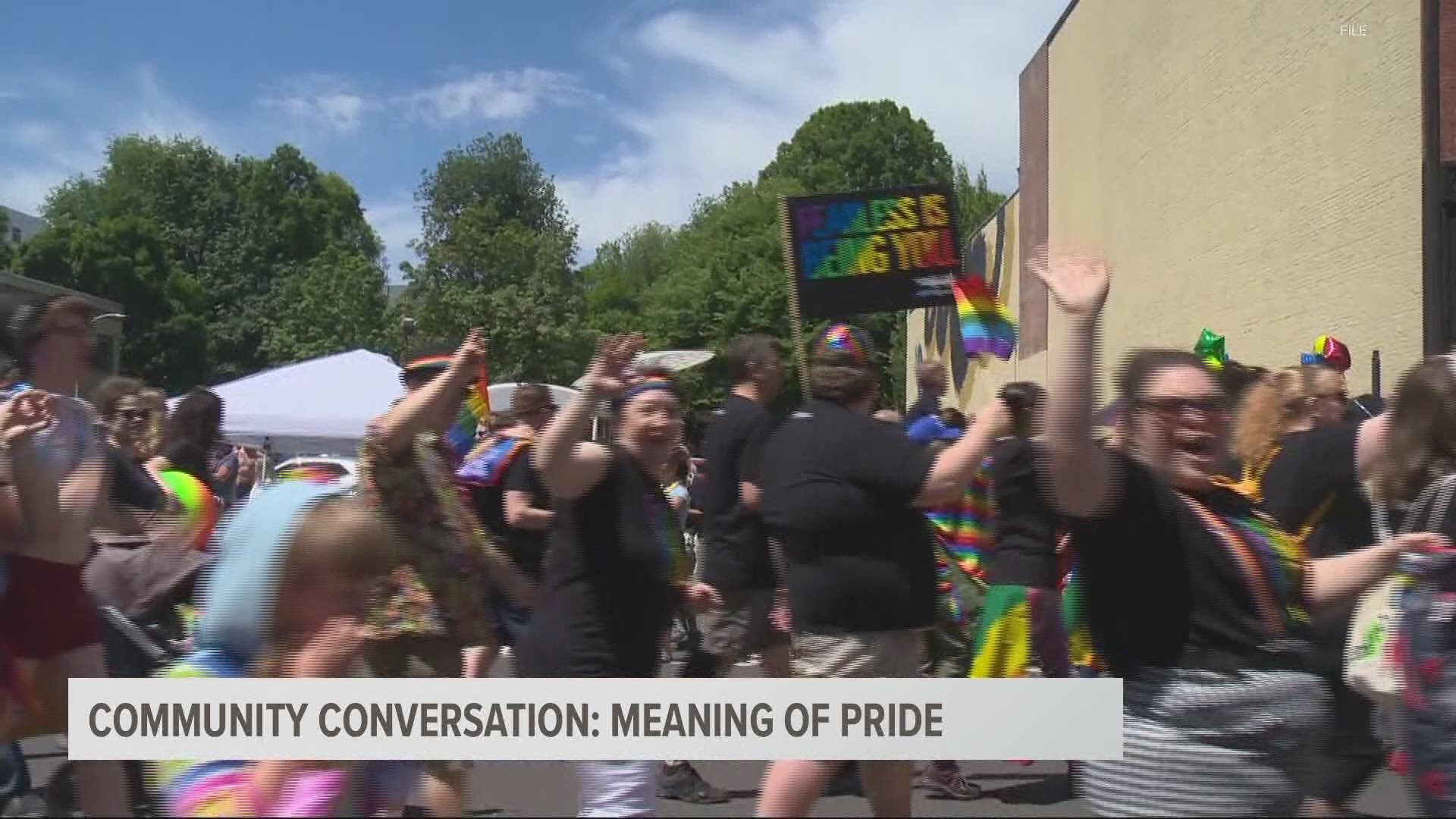 PORTLAND, Ore. — Portland's LGBTQ+ pride parade and waterfront festival are being postponed for a second year in a row for safety reasons due to COVID-19, but some in-person and virtual events are returning.

"Had to get creative," said Debra Porta, executive director of Pride Northwest.

Porta explained the expansion this year of some smaller, in-person events is thanks in part to increasing vaccination numbers in Oregon.

"To come back to a little bit of life, fortunately," Porta said. "We knew Pride was going to happen. Pride will always happen. It just may look different."

Events will include virtual performances from the Portland Gay Men's Chorus and in-person drag shows.

Porta said in June or July, there would also be an unveiling event of Portland's first LGBTQ+ public works mural, featuring prominent figures in LGBTQ history.

Although events will not draw the tens of thousands of people typically seen at the parade and festival, Porta said it's important to maintain momentum during Pride Month.

"It is the primary vehicle of visibility for our community," Porta explained. "When you're not seen, it's really easy to be ignored and to be excluded."

Pride Northwest hopes visibility helps reach those who are struggling while reminding opponents about the LGBTQ community's humanity.

"No matter how much progress we make, coming out is scary, it will always be scary," Porta said. "Every single year, I meet people who have just come out... it may be the only time the entire year they get to be who they are... and it's just an emotional experience every single time."