The team has been involved in 200 assists and four rescues in 2021. 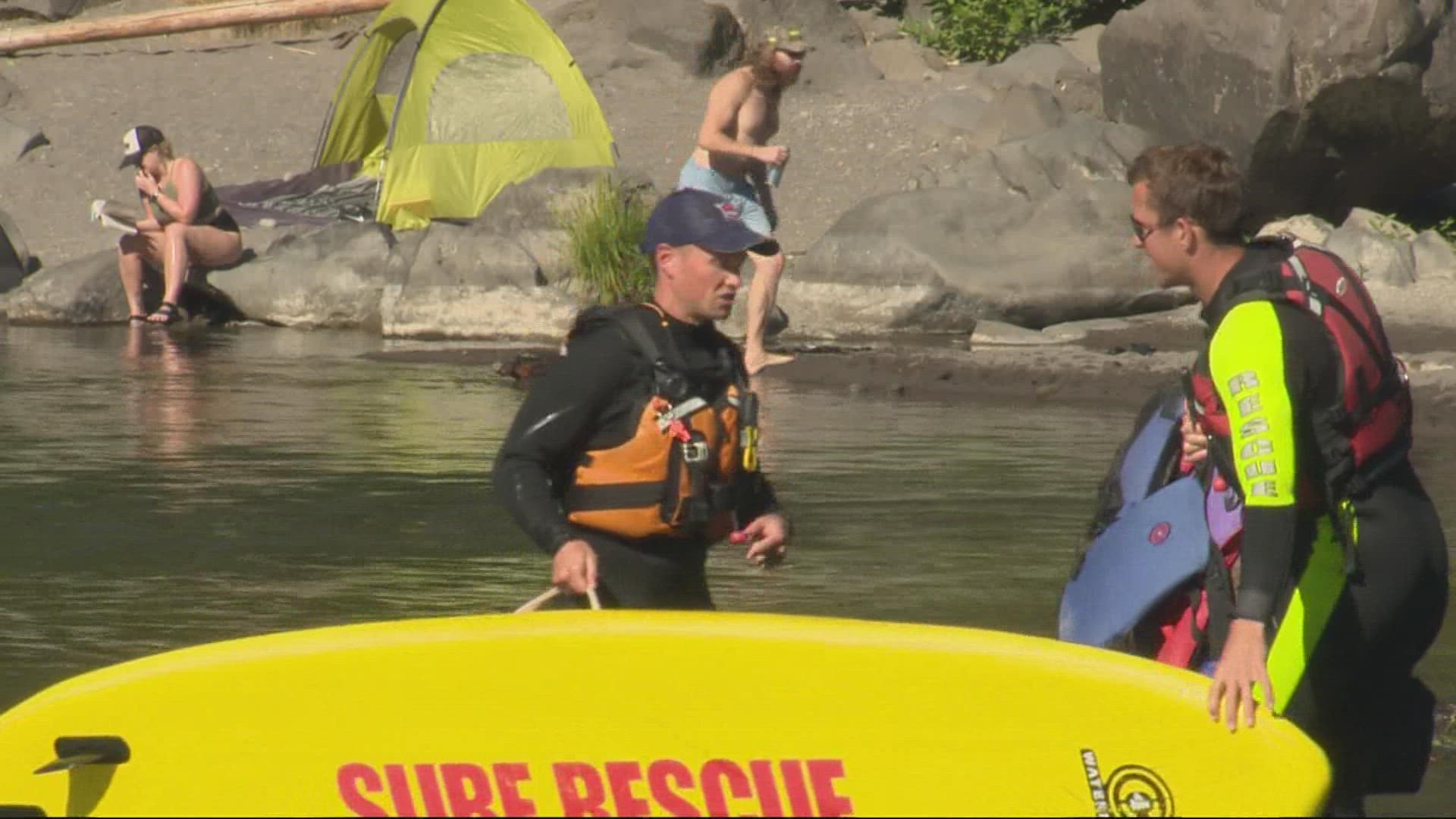 TROUTDALE, Ore. — Dozens of people spent Labor Day cooling off in the Sandy River at Glenn Otto Park. Included in that bunch was Jim Bush of Troutdale.

"Hanging out," he said. "Getting some vitamin D. Trying to get outside before they lock me down again."

Bush, 65, tends to stick to the shore more often than not, but that does not mean he does not appreciate the work of AMR's River Rescue Team.

"A lot of key things we're looking for are people with poor swim stroke and children who aren't in life jackets," team coordinator Phil Stoinoff said.

Stoinoff said between Memorial Day and Labor Day, at Glenn Otto and High Rocks Parks, the team helped 200 struggling swimmers and they rescued four people. That is double the number of assists and rescues reported in 2019. Lifeguards did not staff the parks in 2020 because of COVID. Stoinoff attributes the incredibly busy 2021 to the early summer heat waves.

And the season is not over yet. Stoinoff says the River Rescue Team typically calls it quits on Labor Day, but because some hot weather is expected in the coming days the team will suit up through Wednesday.

"We want to be out here and hopefully prevent anything from happening," Stoinoff said.

"They're always out here," Bush added. "They're fine young men and women."

You can count Bush as one of the River Rescue Team's biggest fans. It is among the reasons you will find him back at Glenn Otto Park next summer.

The River Rescue Team is made up of paramedics and EMTs. If you want to join the team you can apply in the early spring. Intense training follows that. The team will be back at Glenn Otto and High Rocks Parks come Memorial Day Weekend.