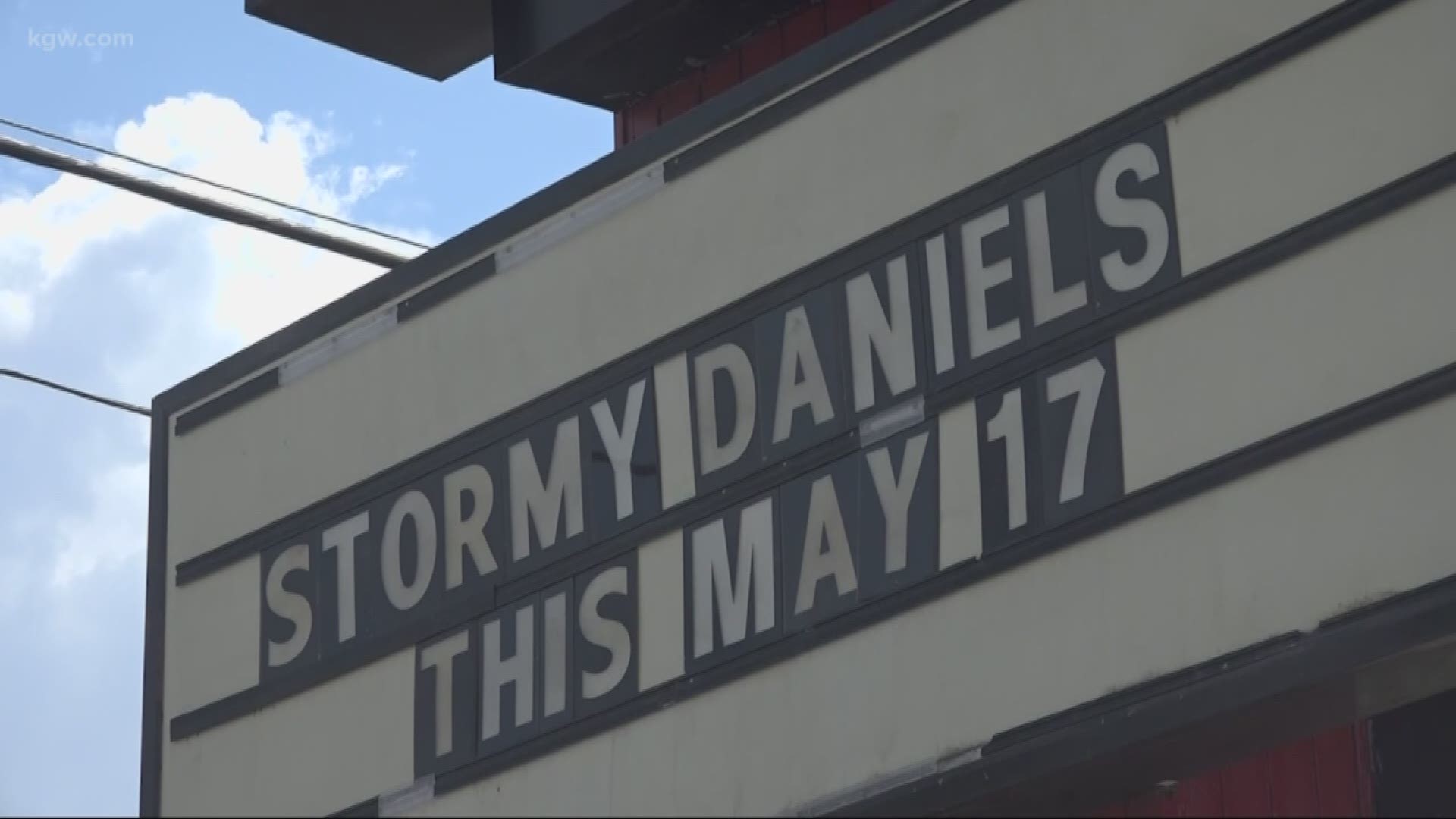 Stephanie Clifford, known professionally as Stormy Daniels, is capitalizing on her alleged affair with President Donald Trump by appearing at strip clubs around the country. The Oregon tour includes stops at Stars Cabaret locations in Bend, Salem and Tualatin.

Daniels’ alleged affair is not just scandalous – she says she slept with the president while he was married to his current wife, Melania – it could also involve illegal payments from the president. Daniels could have been paid $130,000 in hush money from Trump or his attorney Michael Cohen to Daniels, using campaign funds.

Trump admitted to the payment but said they did not come from campaign funds. He denies the affair with Daniels.

Daniels previously appeared at an Oregon Stars club in 2008, but this appearance a decade later is expected to draw record crowds.

“Its historic,” said Randy Kaiser, who owns the Stars locations at which Daniels will appear.

Stars is billing the Oregon events as “Presidential Gal Pal Stormy Daniels,” a poster for the tour shows. Underneath are hashtags involving details from the alleged affair. The poster also features an image of President Trump with a quote bubble: “A lot of people are saying – this woman is hot (and worth it).”

The Bend appearance is expected to be the biggest event that club has ever seen, according to reports from local TV station KTVZ.

Stars in Bend is charging $20 for admission, and more for a guaranteed seat, to see the infamous performer during the height of her fame.