Kaitlyn Dobler is ranked fourth in the nation in the 100-meter breaststroke. 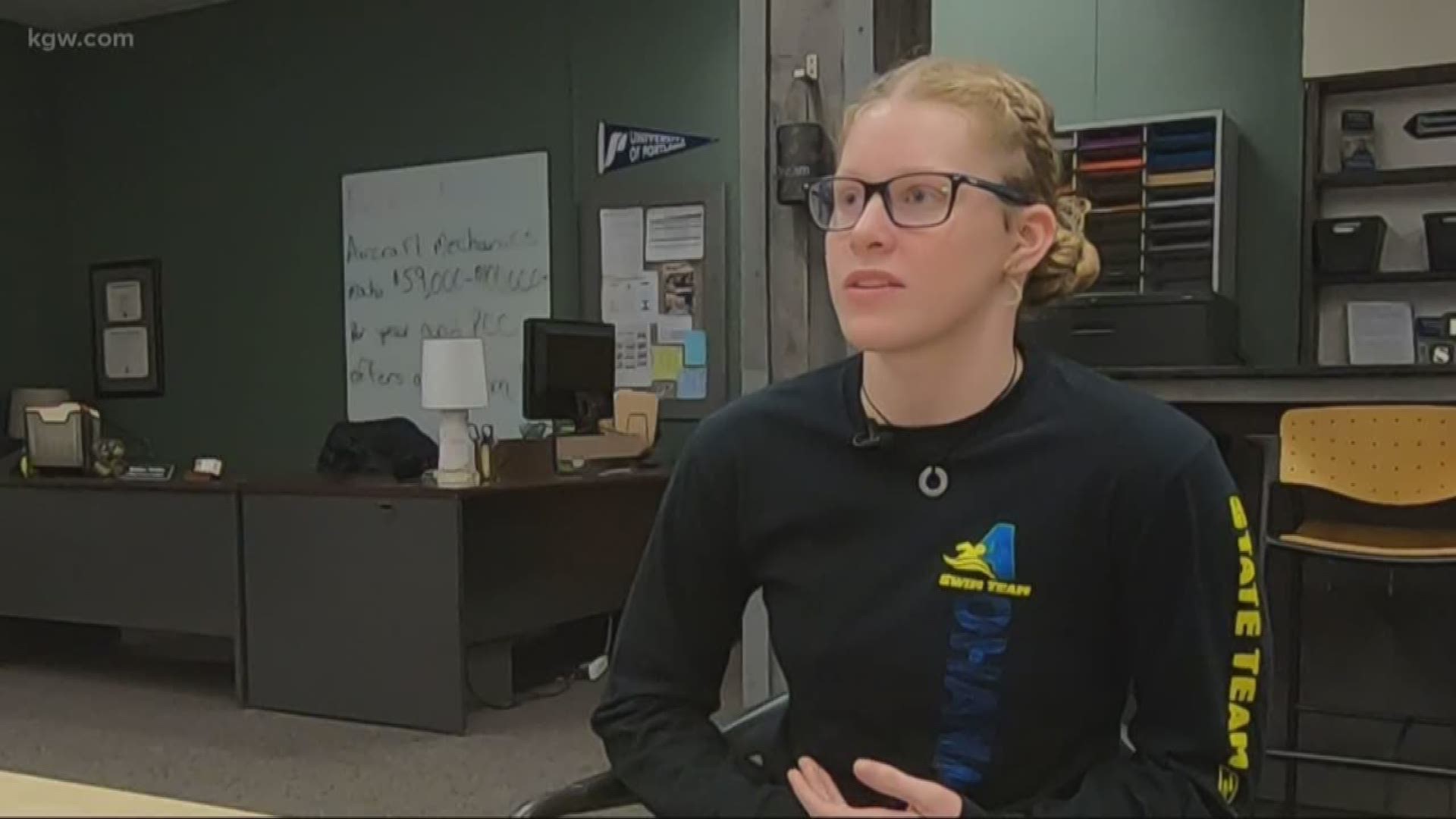 For Dobler, swimming is a lifelong endeavor.

“When I was three, my parents didn’t want me to drown so they had me take swim lessons,” she said.

Dobler liked it and just kept swimming. She trains with the Dolphin Swim Club in Beaverton and swims in meets for Aloha High School.

Last summer she was part of the U.S. National team at the Junior World Swim Championships. She won three medals. Dobler says, “My ultimate goal is to get to the Olympics.”

Before the Olympics she’ll swim the district and state meets with her team at Aloha High School. Next fall she’ll go to USC to swim and study engineering.

RELATED: Local teen to compete at US Skating Nationals