Battalion Chief of Gresham Fire Jason McGowan said he wants their department to lead the charge in hiring more women firefighters in a male-dominated industry. 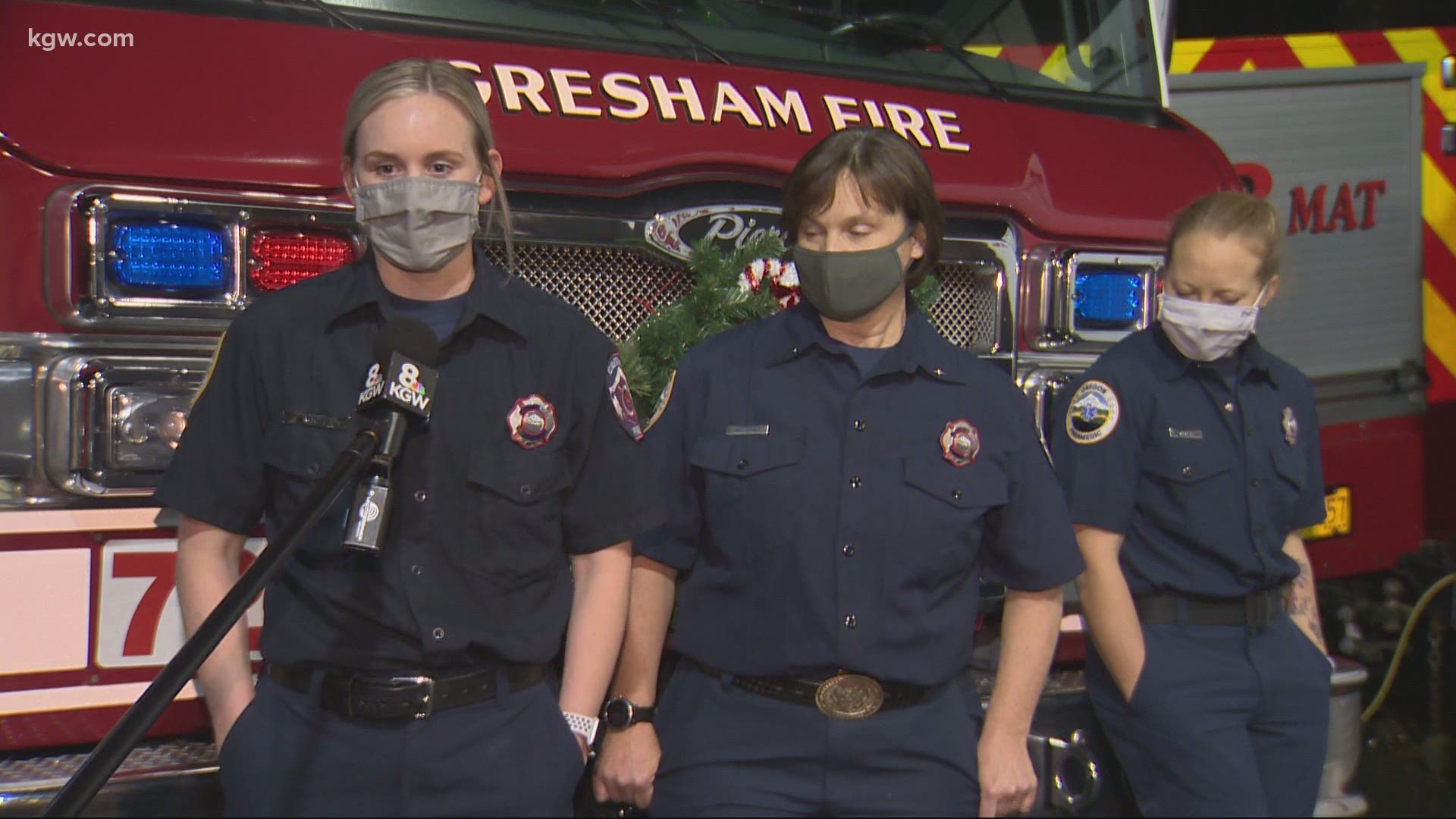 GRESHAM, Ore. — Gresham Fire can't say it's the first all-female crew, but it's not common and this time it happened by chance.

On Thursday morning, three women were assigned to work on an engine with Gresham Fire for a 24-hour shift.

Battalion Fire Chief of Gresham fire Jason McGowan said it's a rare occurrence in the department because only five women are firefighters compared to roughly 70-75 men who are firefighters. McGowan estimated his department is 90% predominantly male.

He said one issue his fire department faces is the lack of female applicants who apply to be hired. McGowan said it's hard to hire more women if none of them are applying.

He said firefighting has been a male-dominated industry for a long time and he wants to lead the charge to change that.

The women who made up Thursday's crew were Nikki White, Lt. Tiffanie Andrews-Rost and Emily Snodgrass. All three women are paramedics and hazmat technicians. Another commonality these women share is they were all college athletes.

“Some women fear the fire, some women simply become it” R.h sin. E72 serving the citizens of Gresham with an all female crew.

Masks were temporarily taken off to take this photo while they socially distanced. pic.twitter.com/4ZdmAaUzre

Outside of the organization, McGowan said when little girls see an all-female crew working, he hopes they'll see that and think, "That job it's pretty cool. I can do that."

The women worked from 7 a.m. Thursday until their shift ended at 7 a.m. Friday for Gresham Fire Station 72, located on 500 NE Kane Drive.