The warning comes a day after biologists say they were forced to kill a black bear that showed no reaction to humans near Hagg Lake. 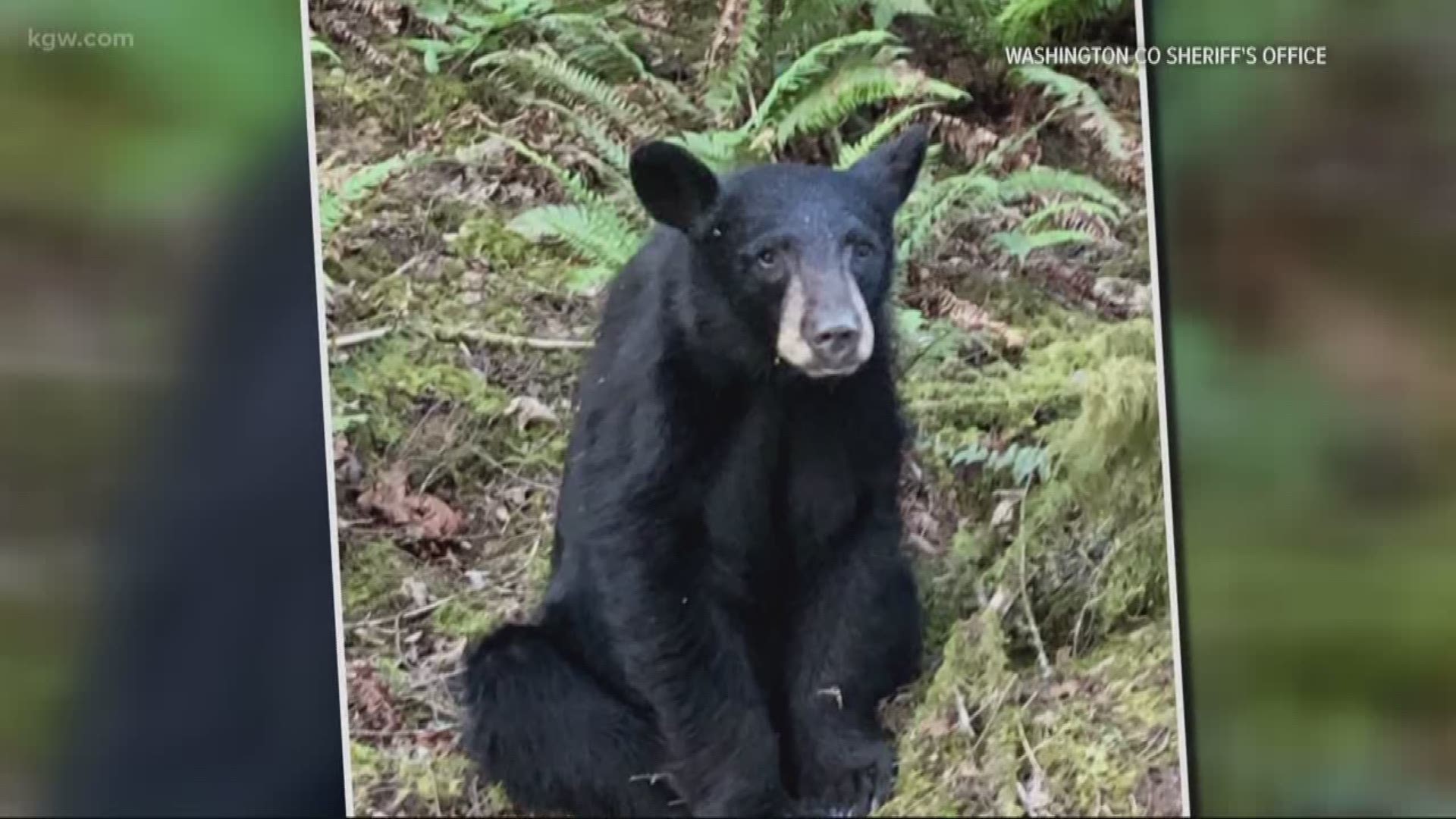 FOREST GROVE, Ore. — The Oregon Department of Fish and Wildlife is urging people to not leave food out for wildlife.

The message comes after wildlife biologists killed a habituated black bear near Hagg Lake on Thursday.

Officials said the bear kept returning to the area because people left food out for it.

“This is a classic example of why we implore members of the public not to feed bears,” said wildlife biologist Kurt Licence. “While the individuals who put food out for this bear may have had good intentions bears should never, ever be fed.”

The young bear had been spotted multiple times in recent days. Some people were reportedly even taking selfies with the bear.

The Washington County Sheriff’s Office tweeted on Wednesday that deputies worked to return the bear to the woods. But the bear returned.

Licence said ODFW was attempting to set up a trap on Thursday when they were told that the bear was spotted in the area of Herr Road and Scoggins Valley Road.

In that area, biologists saw the bear eating trail mix, sunflower seeds, cracked corn and other foods left by a person or group of people.

“We got within 20 feet of the bear. It showed no reaction to us, no reaction the passing cars we were within, and it’s just unnatural behavior to be the close to people,” he said.

Biologists cannot relocate bears that become habituated to humans because they are more likely to have dangerous interactions with humans in the future, said ODFW spokesperson Rick Swart. Ultimately, the biologists determined they had to kill the bear.

It is against state law to “scatter food, garbage or any other attractant so as to knowingly constitute a lure, enticement or attractant for potentially habituated wildlife,” ODFW said.