The strike, the first ever at a public Oregon university, capped off more than 500 days of negotiations. 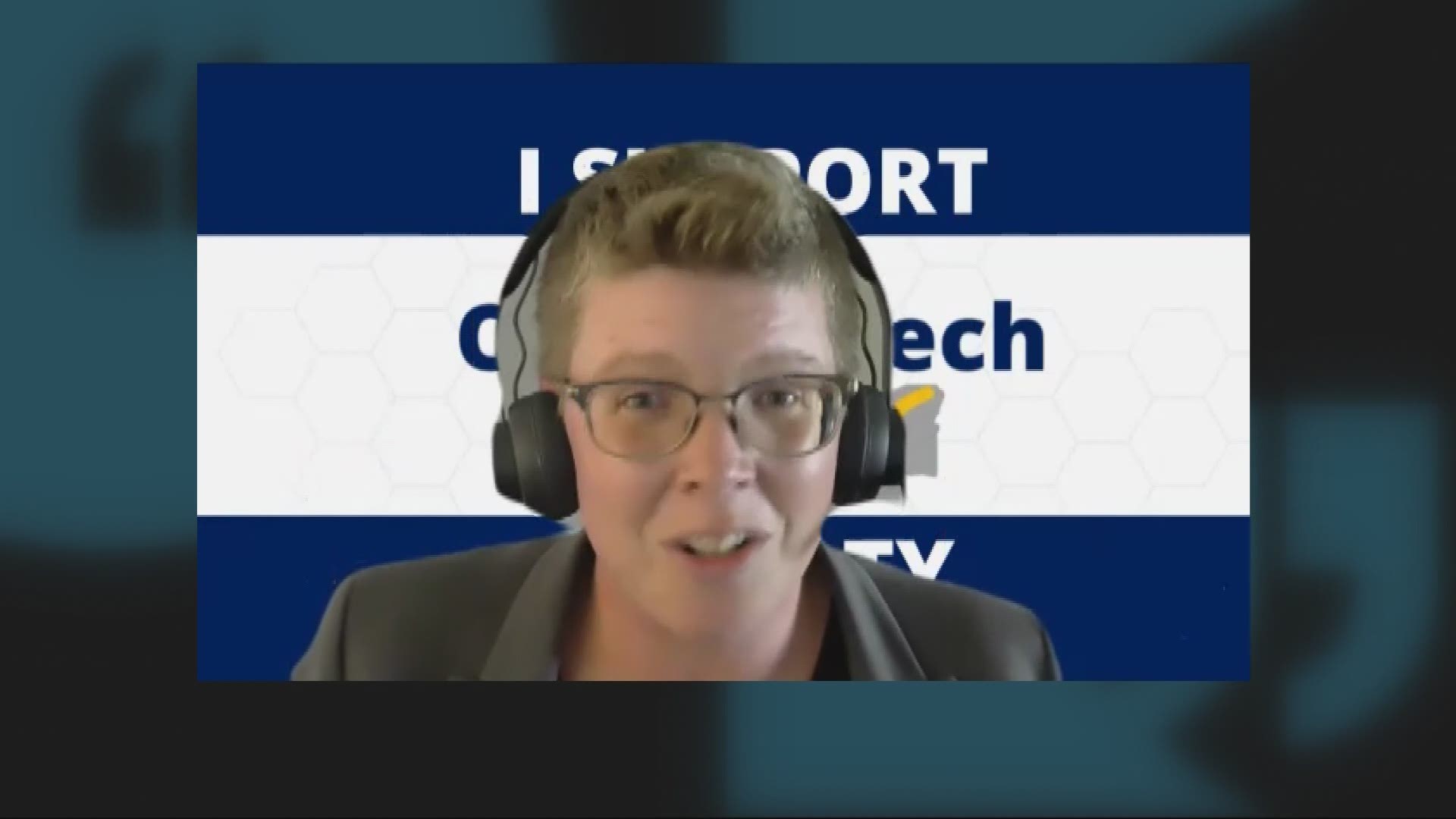 WILSONVILLE, Ore. — After eight days on strike and more than 500 days in negotiations, the union representing faculty at the Oregon Institute of Technology (OIT) reached a tentative labor agreement with the university. The email to KGW came around 1 a.m. Tuesday.

“We have a contract,” wrote vice president for institutional advancement Ken Fincher.

The five-year contract begins retroactively in 2020 and lasts through June 2025. It still needs to be ratified by union members, OIT’s chapter of the American Association of University Professors.

Assuming they approve it, Oregon Tech says faculty will be guaranteed an 11.5% salary increase, spread out the course of the contract, plus opportunities for extra, merit-based raises.

They'll also have clearly defined work-load requirements, which was a key issue for the union said secretary Kari Lundgren. In an interview Monday, she explained OIT instructors are expected to teach and shoulder extra responsibilities like building new curricula. The amount of extra work required was never specified, she said.

“Sometimes there's just like a 'Well, I'm not entirely sure how much I should do. So I'll just keep saying yes to everything,’” she said. “And then you get, of course, terrible burnout.”

“I would call it not just a win for the union. I call it a win-win. I mean, ultimately the university will benefit,” she said.

OIT's strike was historic for several reasons. On top of the roughly year and a half of negotiations, Tuesday’s contract is the first ever drawn up between Oregon Tech and its faculty union, which just organized in 2018. In short, both sides had a lot of ground to cover.

This was also the first faculty strike ever at a public university in Oregon. Others, including Portland State, have reportedly come close.

In the last week OIT students have become increasingly vocal on social media. Most posting about the issue support the faculty and are angry that classes continued through the strike with outside instructors brought in, many of whom taught remotely.

“I have an adjunct professor who lives in the Caribbean right now and doesn't reply back to our emails or anything,” said freshman Michael Crahal, adding he learned about the strike through social media. “All of a sudden I'm learning that our professors aren't being paid good, and they're really angry.”

Crahal said, even with a deal reached, some classmates have soured on Oregon Tech.

“I've seen some students that have already said, you know ‘Oh, I'm not going to come here next year. I am transferring,’” he said.

In interviews Monday and Tuesday, Fincher said he’s aware students are frustrated, but he believes the school’s morale can and will bounce back.

“Oregon Tech is resilient. We were resilient through the pandemic and we maintained our admissions, our level of enrollment,” he said. “We know that our graduates, when they walk off the stage, their average salary income is around $65,000 once start their careers, and we’re not going to let anything stop us.”

Lundgren said staff are excited to get back to the classroom, which is expected Wednesday. That said, she thinks the animosity built up over the last year and a half will only go away with time and effort.

“I think it is a black eye for the university. Now black eyes can heal,” she said. “The faculty feel extremely insulted, hurt, burnt out … I hope the university and the senior administration really reaches out and sort of tries to move forward.”