Black Unity PDX held a rally to encourage those feeling drained after weeks of protests, and to address the stigma around mental health. 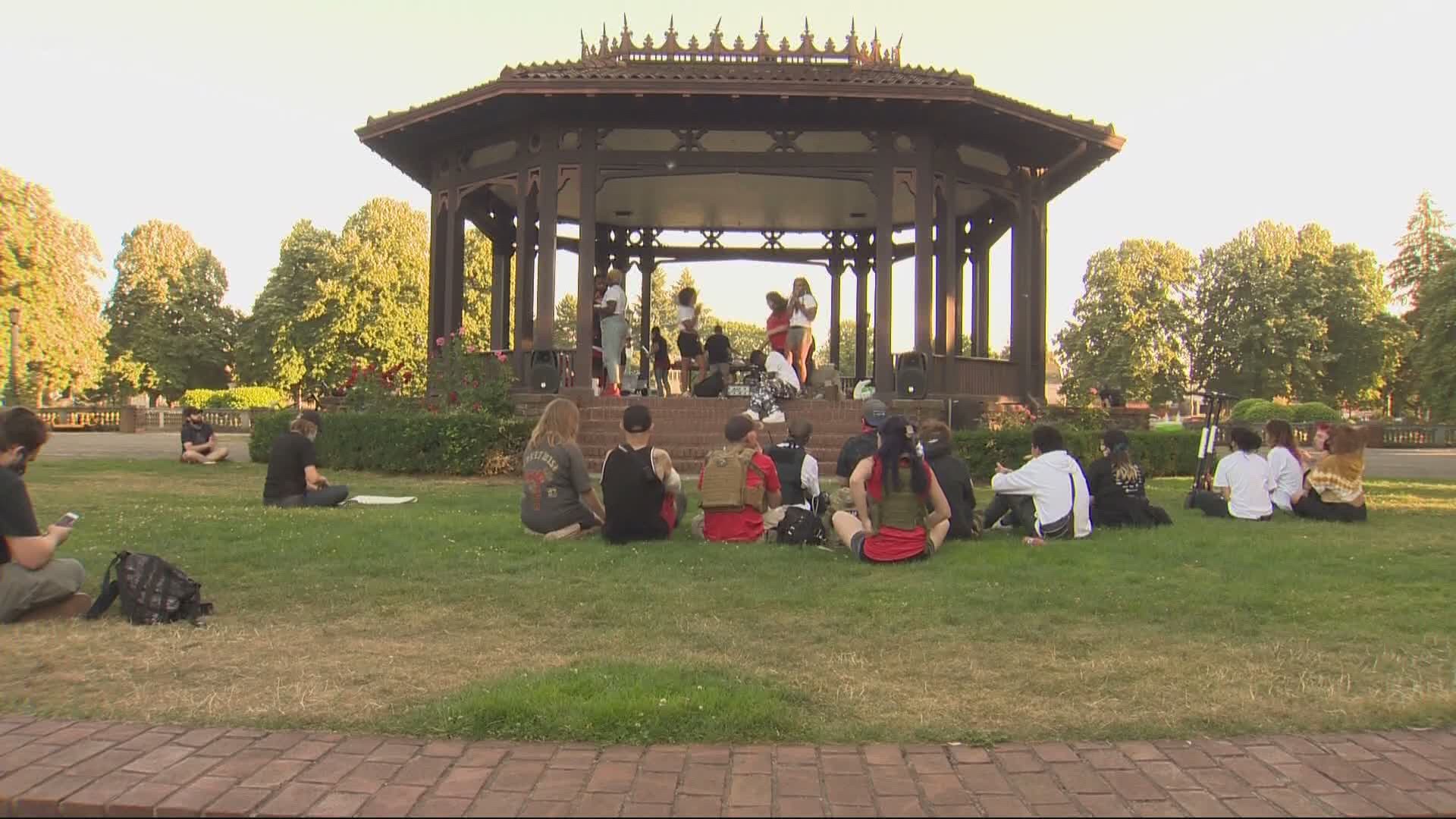 PORTLAND, Oregon — After more than 10 weeks of Black Lives Matter protests, one activist group expressed concern that many in the Black community might be emotionally exhausted.

On Thursday, Black Unity PDX held a rally at Peninsula Park in North Portland focused on mental health in the Black community.

Gunn helped lead Thursday’s mental health discussion and said she worries about the weight of the protests on those who've taken part.

“It's tearing people down, it's making people feel distressed and anxious, worried and scared,” said Gunn. “Everyone's just really afraid of what side of history they're going to end up on.”

“The emotional toll that I've had is just crazy," said Warner. “Honestly, without the support I've had, I would've hit rock bottom.”

For others in the Black community, mental health has always been a struggle.

“I'm schizophrenic and you can't tell by looking at me but I've been in many institutions,” said activist, Jayla Lindseth.

Lindseth said she hopes that talking about mental health and validating how people feel now, will help them.

“I want people to know that you are not your diagnosis,” said Lindseth. “You are a person, you may have been diagnosed with something but you overcome it."

Gunn said above all else, she hopes people will learn to love themselves so they can love others, too.

“It's hard to let yourself feel that you are growing when you have those days when you're feeling great and then two seconds later you’re like, what happened? Why did I crash?” said Gunn. “It's a part of growth. You're not supposed to be happy all the time.”

With no plans to let up on their fight, many activists remain focused on sustaining their fire without burning out.

“I know that we're tired but this fight is about longevity,” said Warner. “It's a revolution.”

The National Suicide Prevention hotline is always a resource for anyone who needs help. The number to call is 1-800-273-TALK (8255).