Officials said Yvette Garcia asked officers to check on her dogs before she was booked into jail. At her home, she broke free, grabbed a gun and opened fire. 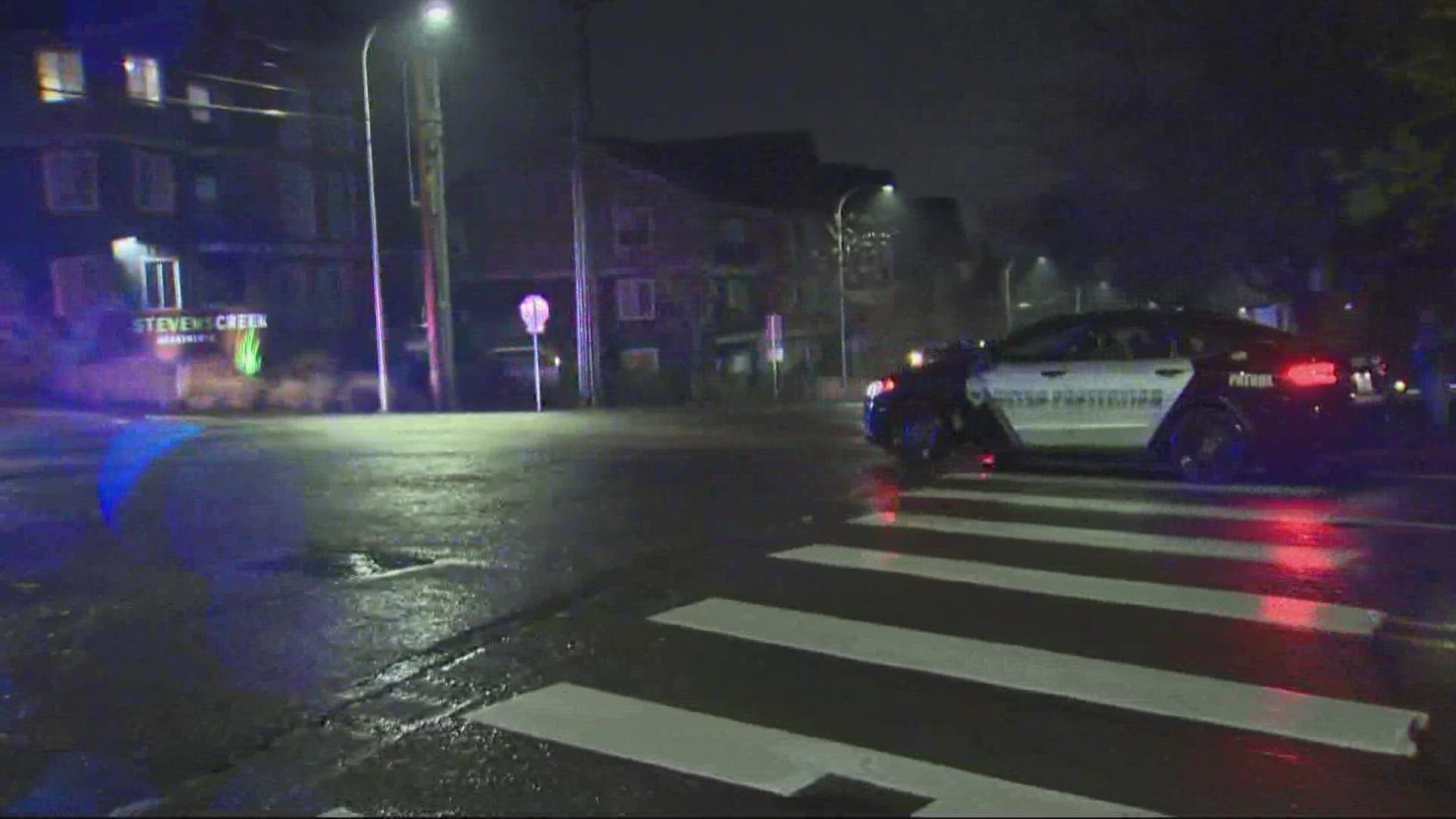 Both the sergeant and suspect are being treated at local hospitals and are expected to survive.

The Clackamas County District Attorney said around 8 p.m. Monday, Gladstone police officers stopped a driver for a traffic violation. During the traffic stop, officers discovered the driver, Yvette Lares Garcia, also known as Yvette Pando, had active warrants out for her arrest in Texas for theft. Police then took Garcia into custody and left her vehicle at the site of the traffic stop, according to the DA.

Garcia requested officers conduct a welfare check on her dogs at her house before she was booked into jail. Sergeant Travis Hill and Officer Clement Lau took Garcia to her Happy Valley home to check on the dogs. While there, Garcia broke away from the officers, ran into the house, grabbed a handgun and started firing, hitting Sgt. Hill in the leg. Both officers returned fire at Garcia, hitting her, according to the DA.

Backup arrived from the Clackamas County Sheriff's Office, and deputies removed both Garcia and Hill from the house and began medical aid.

Hill, a 20-year veteran of the police department, is in stable condition, the DA said. Garcia is in serious condition, but stable. Lau was not injured.

The investigation led to a heavy police presence for hours Monday night in the area of Southeast Causey Avenue between Southeast Stevens Road and Southeast Monterey Avenue, north of Eagle Landing Golf Course.

"I know gunshots. I definitely know gunshots and I was highly suspicious, but I figured they’d be a half a block away at least, instead of right next door," she said.

The sheriff's office asked people to avoid the area Monday night, but there is no longer a threat to the public and residents were told they could return early Tuesday morning.

UPDATE: There is no longer a threat to the public and residents can return. We anticipate a law enforcement presence at the location through the night.