Tim Schmitz had a significant wound on his left eye. He said he may have a detached retina. 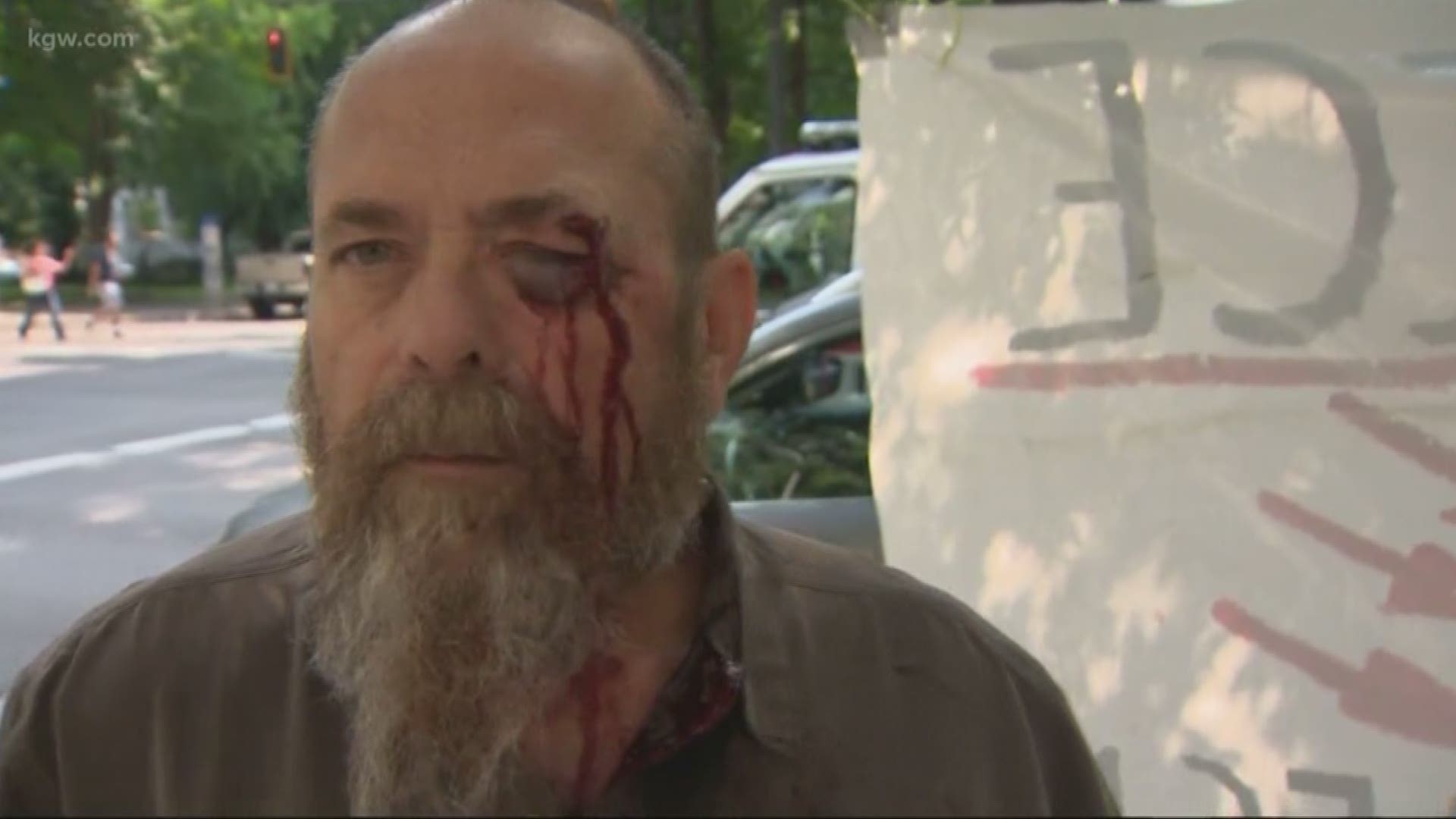 A man was assaulted late Thursday morning by a protester who was part of a group camped outside Portland City Hall, according to police.

The man, Tim Schmitz, had a significant wound on his left eye. He said he may have a detached retina.

Credit: KGW
Police say this man was assaulted by an Abolish ICE protester on Aug. 9, 2018.

Portland police said the protester ran away but was arrested on West Burnside. The suspect was identified as 33-year-old William Pierce.

Pierce and Schmitz got into an argument regarding sidewalk accessibility, according to police. The argument became more intense and Schmitz was struck in the face with a pole. The pole was seized by police when Pierce was arrested.

Protesters claimed the Schmitz had harassed them two days in a row. They said he tried to hit them with his cane and threw coffee on them on Wednesday. Police said they did not receive reports of the alleged harassment.

The protesters were calling for the city to cut its ties with the Immigrations and Customs Enforcement agency.

Officers warned the protesters they were blocking a high pedestrian zone before the assault, police told KGW’s Maggie Vespa. Protesters cleared the sidewalk after the assault.

This is the warning @PortlandPolice were handing out to #AbolishICE protesters @ #PDX City Hall.

Some refused to take it. pic.twitter.com/0yEK8cZWvq