A big fire over the weekend burned down an old boarded up home that neighbors say was used by squatters. The fire was so hot, it damaged two other homes nearby. 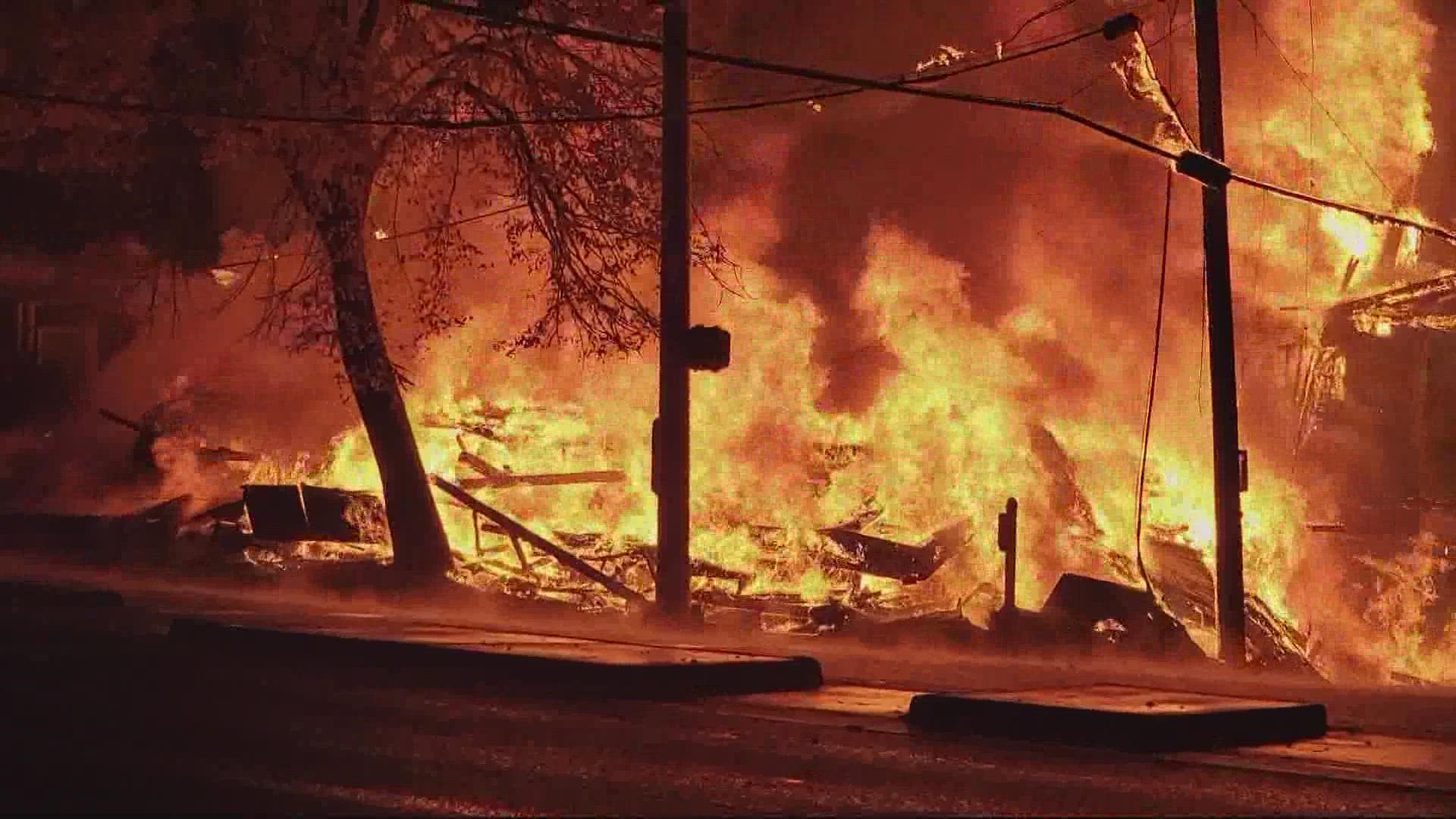 PORTLAND, Ore. — A structure fire broke out about 2:30 a.m. on Sunday and quickly turned into an inferno, destroying an old, abandoned home at the corner of Southeast 28th Avenue and Powell Boulevard, and damaging two others.

It was the kind of fire that easily got the attention of firefighters.

About 85 firefighters knew it was too late to save the building on the corner, so they poured water on the two adjacent homes to save them. Both of those homes are damaged but still standing.

A photo from Google maps shows what the building on the corner used to look like, before the fire. It was built in the early 1900's, but in recent years it had deteriorated.

Credit: Google Maps
A photo from Google maps shows the building on Southeast Powell Boulevard and 28th Avenue in November of 2019.

“Yeah everybody saw people in there, all of our neighbors talked about how it was occupied by somebody,” said Micaela Kennedy, who lives nearby. She witnessed the fire when it was raging. So did neighbor Denise Kelsh.

“I looked out my bedroom window and could actually see the flames up top,” said Kelsch.

On Monday, as cleanup crews cleared the sidewalk, the fire still smoldered. Investigators still haven't determined the cause, but neighbors like Kennedy and Kelsch said this could have been avoided.

“It was just horrible, the whole thing is," said Kelsch. "A lot of people, not just me, have been calling the city for years about this building, about the possibility of damage and about homeless people breaking in."

“Who are we going to be a city for, I think that's the real focus," Kennedy added. "The homeless can be helped, businesses can be helped. We can help everybody if we focus on safety, being safe I think is the biggest thing.”

KGW contacted Portland’s Office of Community and Civic Life over neighbors' concerned about the building that burned, but have not yet received a response.

Buildings that sit empty can pose a bigger threat to firefighters when they burn, according to Portland Fire and Rescue.

“If you have a residence and people live there, you expect that the stairs are intact and there aren't holes in the ground but when you have a boarded up building, it adds a different layer of concern for our firefighters,” said Foster.

Abandoned buildings are not uncommon in Portland. A month ago, a fire destroyed an abandoned warehouse at Southeast 9th Avenue and Alder Street.

The building, which dated back to 1906, collapsed. It had been abandoned for years and other fires had occurred inside in the past few years, as recently as July, fire officials said.