Under Oregon's Death with Dignity Act, Welles decided to take her last breath on Sept. 28. That was 16 days before she would have been able to cast her final votes. 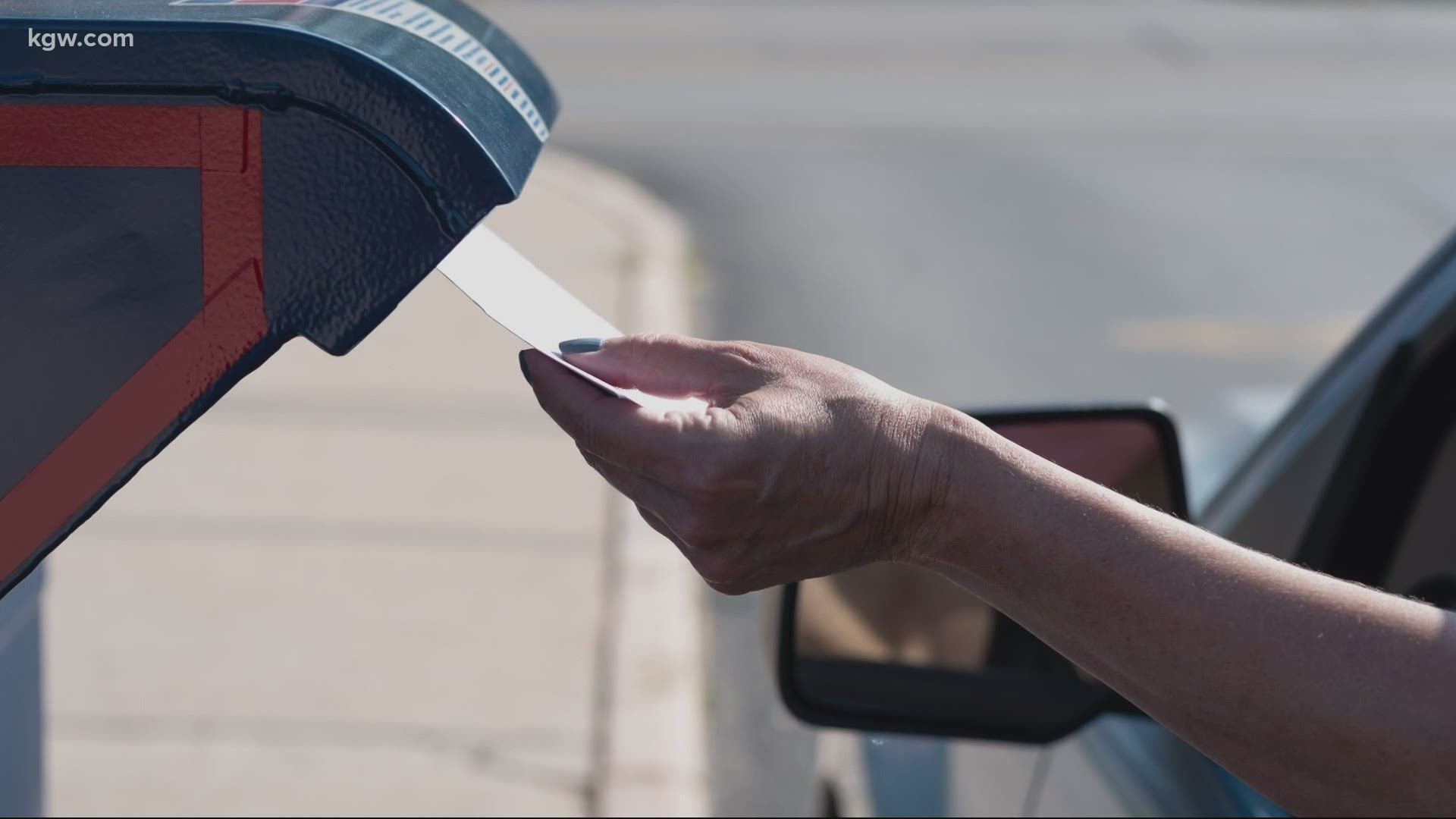 PORTLAND, Oregon — A dying woman's wish to cast one final ballot became an effort to encourage others to vote.

Although Judy Clymer Welles won't get the chance to mail-in her ballot next week, she completed a final act for democracy.

Family and friends describe Welles as a ball of energy, light and love, as a woman devoted to her kids and grandkids, ministry and community.

Welles was also a woman devoted to what she believed was right.

"She really strongly lived by her ethics and values," Gustafson added, "What was going to take care of the most people?"

Welles took her civic responsibilities seriously. Loved ones say she believed in our nation's democracy and put in work to ensure the process happened.

She instilled her beliefs in her family and everyone she knew.

"Thinking that we have a chance to make a difference in the future," her husband Duane Fickeisen said.

Welles believed voting was one way to shape the future.

"If you don't see your values being played out in the larger culture and our leaders today then say something about it," Gustafson added.

Welles battled aggressive appendiceal cancer for more than three years and underwent surgeries and chemotherapy. Her health worsened this summer. When she was hospitalized in June doctors determined her cancer had spread to her abdominal cavity and there was no further effective treatment.

She returned home on intravenous nutrition until she decided in mid-September that she wanted to go on hospice care.

Under Oregon's Death with Dignity Act, Welles decided to take her last breath Sept. 28. That was 16 days too soon before she could cast her final votes. She was trying to hang on longer to vote one last time.

"That was difficult for her," Fickeisen said. "It's one of her big regrets - among all the other things that never got finished - was not being able to vote."

So instead, Welles shifted her attention and spent her final days poring energy into getting out the vote in a swing state. She signed on to volunteer with nonprofit Vote Forward, which empowers Americans to encourage others to vote and increase election turnout.

Vote Forward gave her a list of 40 registered voters in Pennsylvania who had a track record of not voting. Welles wrote letters to those people asking them to exercise their rights - even while on her death bed.

It was one of the last things she did on the morning she passed.

"She put a little note in each letter that said she was dying of cancer and might not be able to vote this year but she wanted to make sure other people had their say and voted," Gustafson said.

A dying woman's final wish only seemed natural to those who know and love her, like her pastor Rev. Bill Sinkford at First Unitarian Church in Portland.

"It was about her expressing her spirit of life - that was very strong in her - as long as she could," Sinkford said, "and somehow it just makes perfect sense having known her."

Gustafson hopes her mom's example will inspire others to engage in their own lives, follow their ethics and vote for what they believe in.

"She loved people and loved life and I just think that this was one of the ways that she expressed it," Gustafson added. "It also shows she was determined to get things done!"

Fickeisen finished the rest of the letters (Welles thought there were only 20 when there were really 40 names). He will send them out this weekend for Vote Forward's "Big Send" event. Behind the letters lies his wife's message about the importance of participation in the democratic process.

"If we're not out voting and don't participate in democracy then we really don't have any basis of complaint about the results."