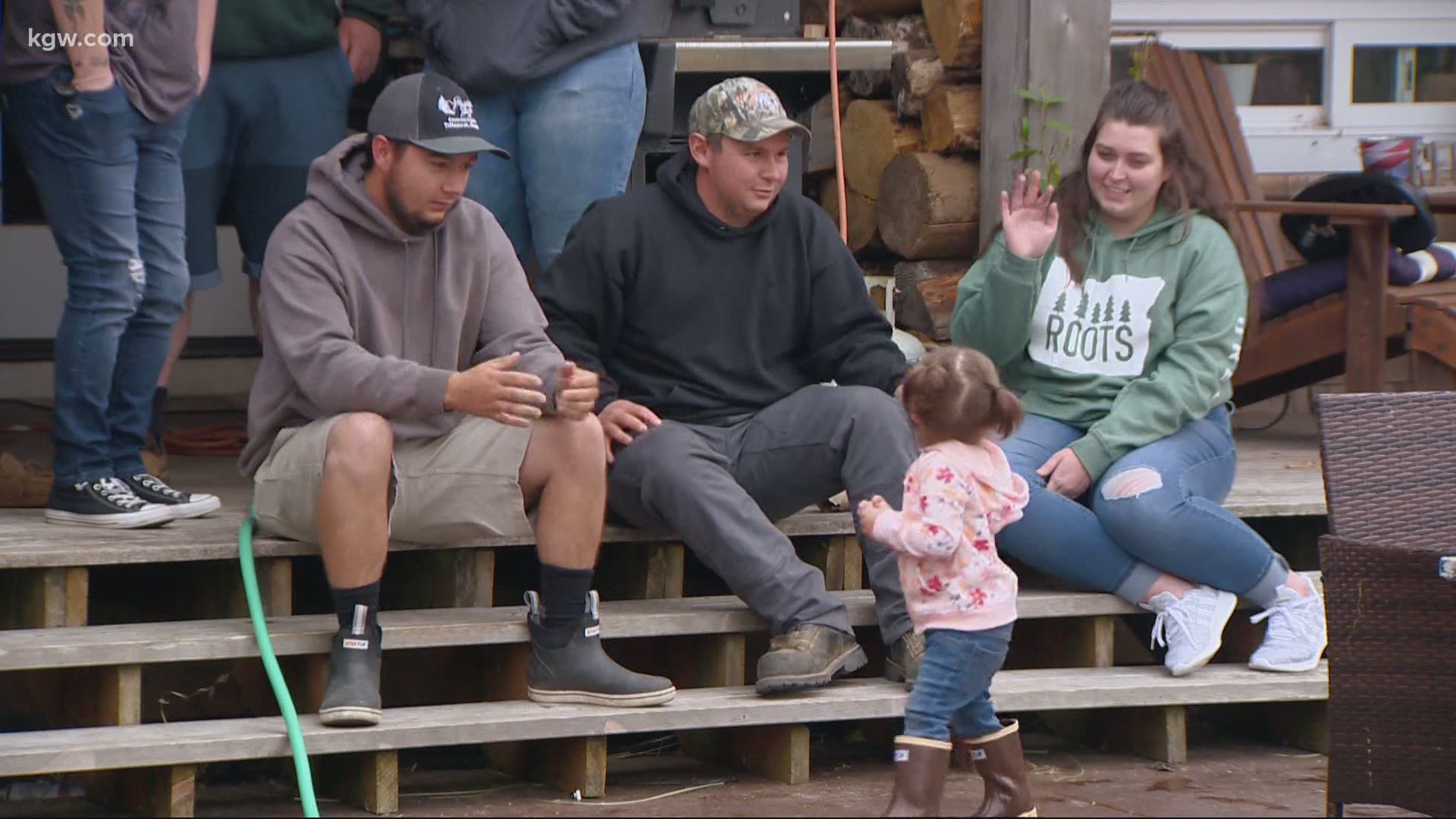 OTIS, Ore. — How people react to a time is telling and the family crammed into a home in Tillamook is smiling even as their lives have changed.

“You got to be able to laugh at it,” said Raylan Bryce.

She is one of at least four family members who lost their home in Otis in the Echo Mountain Fire.

Early Tuesday morning, her partner told her about the fire.

“I’m like what? I thought he was just joking with me,” Bryce said.

She packed a few days’ worth of clothes thinking they’d be back home soon.

“This is what’s left of their place,” said Rayna’s son, Aaron Bryce showing a photo of his mom’s home.

The chimney and the barbecue are all that’s left.

His home just has the frame, a burnt truck, and the barbecue left too.

“In the picture you would be able to see my house standing and it’s not there,” said Kirstyn Zeller, Aaron’s cousin.

In total, their families have lost at least four homes. Zeller is still waiting to find out if her parents’ and grandparents’ homes made it, but in the meantime about a dozen of them have crammed into Aunt Heather’s house in Tillamook.

“I know that for me in any given situation if I needed a place to stay, I don’t even have to call I just show up with my bags and any one of these doors I could walk into,” said Heather Crawford.

Their family has lived in Lincoln County for almost five decades, and when they need help they turn to each other. But all of them have never needed so much help at one time.

The shared devastation has led to a bonding of sorts.

“Well I don’t have to replace my kitchen floor,” said Rayna. “Or my roof!”

“We don’t have to put the trim in,” added Kristyn with relief.

The list goes on of all those home projects they were dreading doing, and the laughter grows.

“It’s those little things that at that moment were huge,” said Rayna. “You know, and now it’s like now we don’t have to do any of that now it’s just going to be a fresh start.”

They say they are family first, and that’s what matters most right now. And a little laughter doesn’t hurt either.

“This too shall pass,” laughed, Kirstyn’s husband, Charles, as he repeated a phrase he heard recently. “It might pass like a kidney stone, but it will pass."