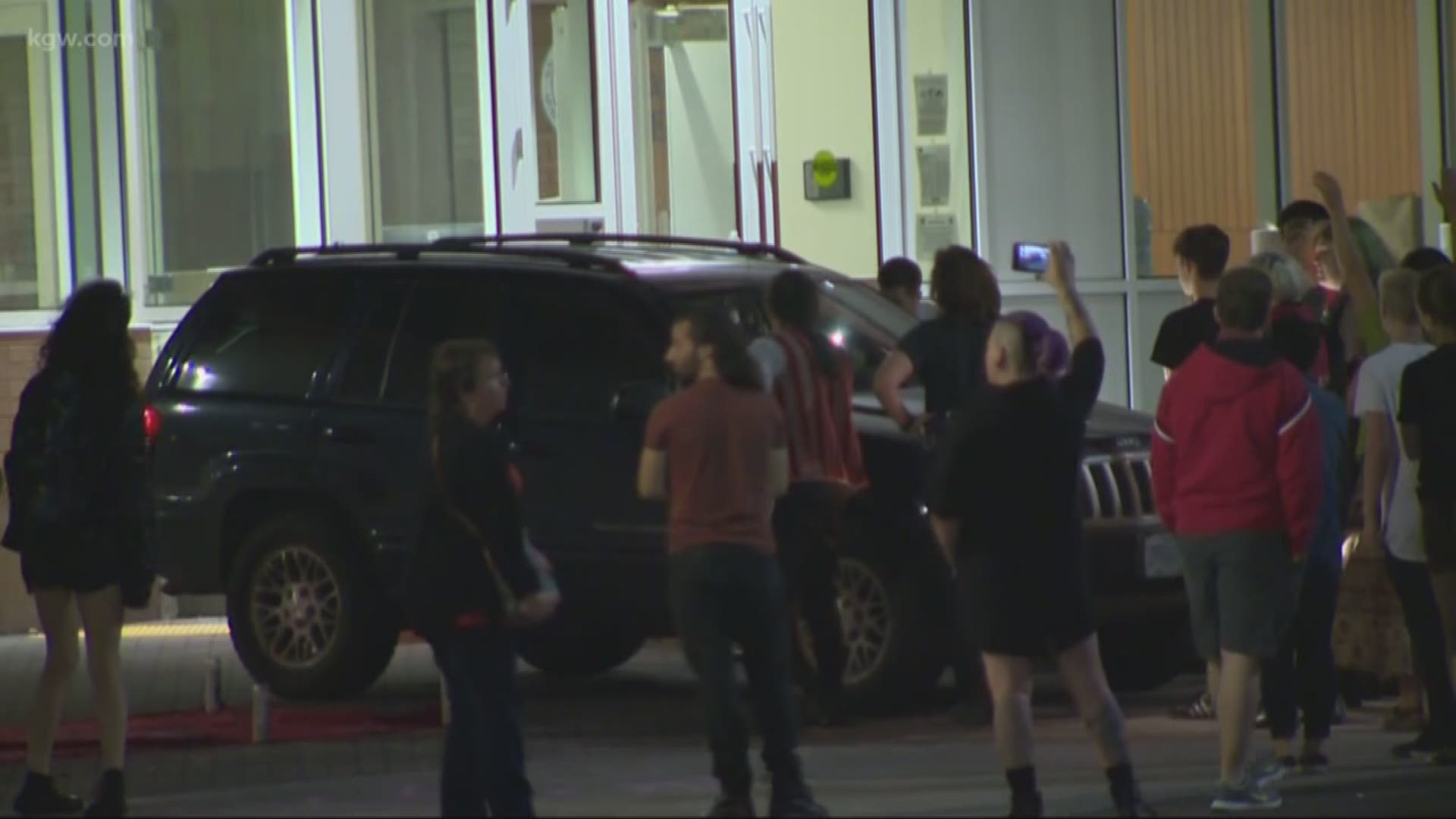 Previously, the ICE union complained that local police didn’t show up because Portland’s mayor ordered them not to intervene.

The records, obtained by KGW through a public records request, provide a summary of 911 calls surrounding the Occupy ICE protest and the response from Portland police. Full incident reports were not included. It is not clear how long officers were on scene or what action was taken when they did respond.

Many of the calls appeared to come from neighbors or people who work near the ICE office in Southwest Portland. The callers complained about disorderly conduct, noise and traffic. Police handled some of the complaints by phone, while others required an officer to respond on scene.

On June 19, an ICE worker complained of vandalism to his car.

“Employee leaving ICE facility was leaving the facility in his vehicle when he was surrounded by protesters,” said the report. The records indicate a Portland Police officer responded on scene and wrote a report.

On July 9, an ICE employee called 911 to report he was being followed by “cop watchers” who filmed his actions and he felt threatened.

“He reported they had contacted him several times in the last few days, were calling his personal phone, and showed up at his daughters event,” said the police records. A Portland Police officer responded on scene and wrote a report, records show.

On June 19, an unidentified caller complained about the protest blocking the bicycle and pedestrian path.

“COMP (complainant) FINDS IT OBNOXIOUS AND UNSAFE, WANTS THEM REMOVED,” said the report.

The records also indicate that police were told not to intervene in the protest unless tensions escalated.

“PER SGT WE WILL NOT RESPOND UNLESS IT BECOMES VIOLENT,” said the report.

Last month, a lawyer for the National ICE Council sent Portland Mayor Ted Wheeler a cease and desist letter demanding he end a policy of not responding to calls for police services from ICE employees.

The lawyer representing the ICE union said the newly released records show the Mayor allowed the protest to continue despite repeated calls to 911 from the community and ICE employees.

“This helps complete the picture of what Wheeler did or did not do regarding enforcing the law equally,” said Sean Riddell, attorney for the ICE union. “Why were the protesters allowed to behave that way?”

KGW reached out to the mayor’s office for comment and is waiting for a response.