Twenty years after 9/11: A look back at Oregon’s historic Flight for Freedom

After the 9/11 attacks in New York, Oregonians came together for a symbolic flight. 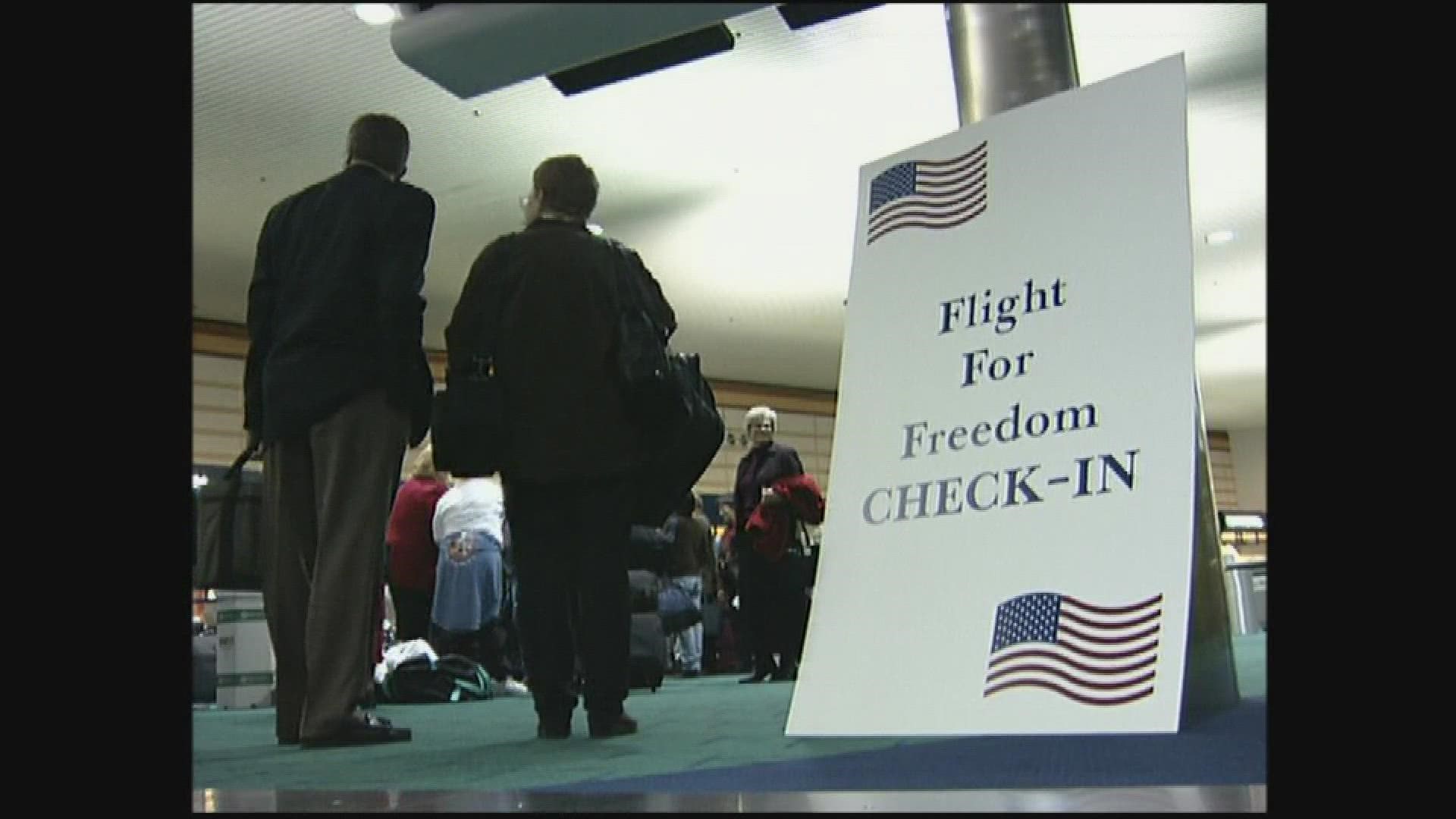 PORTLAND, Oregon — In the weeks after the Sept. 11, 2001 attacks in New York, a group of Oregon business and tourism leaders devised a plan to help the New York economy.

They called it the Flight for Freedom, which took Oregonians to New York to help show support in the wake of 9/11 and to encourage people to fly again.

Sho Dozono, who was the president of the Portland Chamber of Commerce and the CEO of Azumano Travel Service at the time, helped organize the trip.

RELATED: Surviving 9/11 was 'just the first piece of the journey'

Dozono teamed up with politicians and representatives in the tourism industry to publicize the Flight for Freedom.”

“A small idea became a big idea,” said Dozono. “It was a pretty amazing turnout of people.”

The campaign ultimately took 62 flights in total from Oregon to New York and brought just over a thousand Oregonians to the Empire State.

“New York was still smoldering when we got there. They were still looking for bodies,” he said.

The delegation from Oregon met with police and firefighters from around New York City and thanked them for their heroic actions during throughout the terrorist attacks. The travelers also marched in the city’s Columbus Day Parade.

RELATED: Biden to mark 20th anniversary of 9/11 at 3 memorial sites

Freelance writer Sally Bourrie was one of the participants on the Flight for Freedom and said the trip was a once in a lifetime experience.

“Twenty years later, like many people on the trip, it was one of the most moving milestones of my life,” said Bourrie.

Bourrie has gone on to write a book about the trip called "Oregon Loves New York: A Story of American Unity After 9/11."

“Knowing now I've been able to leave this for people to always know about an important event in history,” Bourrie said.

The book's 700-pages are filled with personal stories and photographs from Flight for Freedom.

Bourrie is grateful to have been able to record the stories from that historic trip but feels the message behind the stories is the most important part: unity.

You can reserve a copy of the book "Oregon Loves New York: A Story of American Unity After 9/11" by calling the Oregon Historical Society at 503-306-5230. You can also email museumstore@ohs.org.