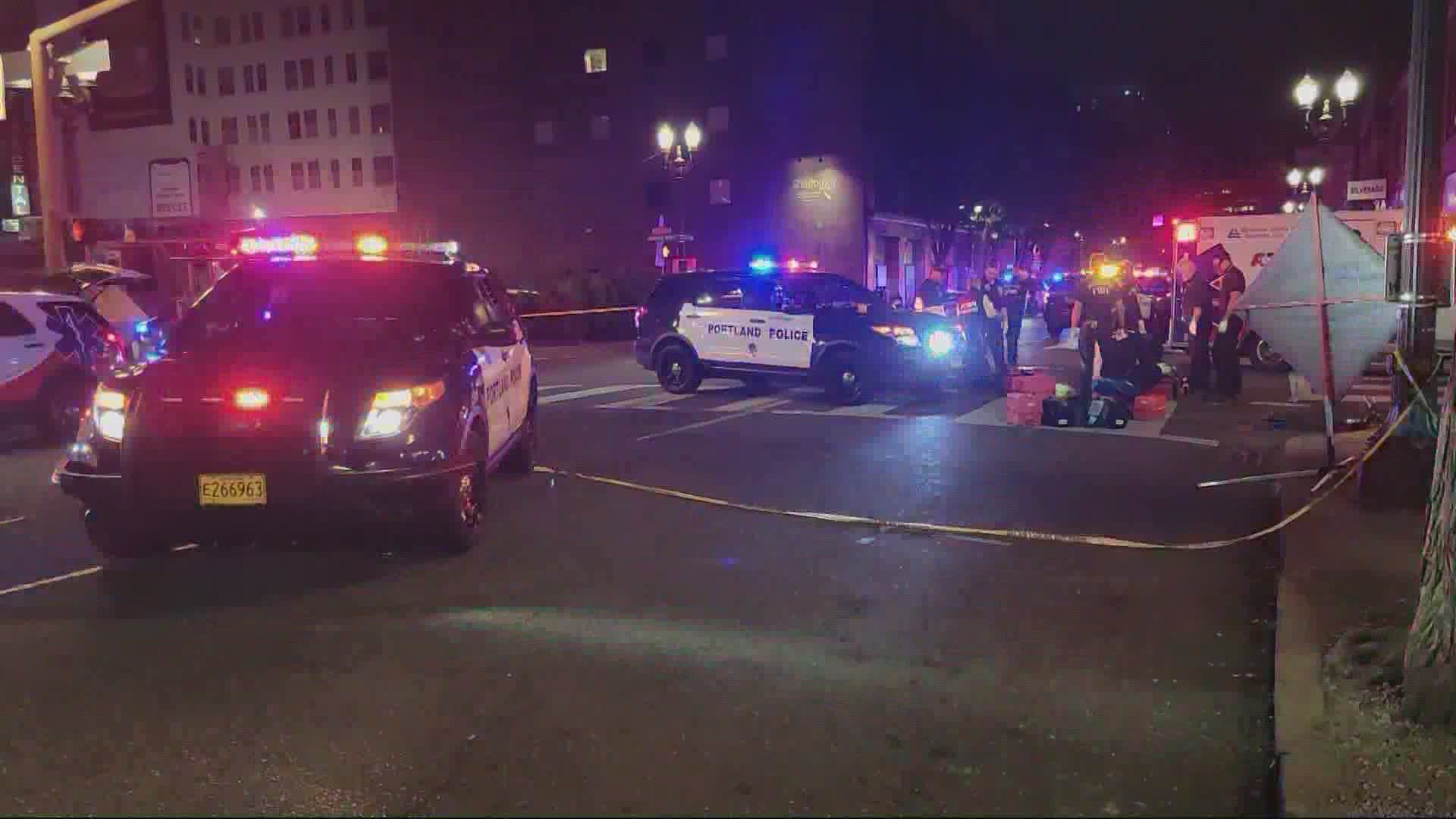 Around 2:10 a.m., the Portland Police Bureau (PPB) responded to a report of multiple people shot near Southwest 3rd Avenue and Oak Street.

Seven people, including men and women, were taken to a hospital by ambulance. One of them, 18-year-old Makayla Maree Harris, later died from her injuries.

The other six victims hit by gunfire are expected to survive, police said.

The suspect, or suspects, fled the scene before police arrived and no arrests have been made. No description of the suspects was released.

"We all want to know what happened and who did this and why," Chief Lovell said. "I pledge that more information will come out as soon as possible."

The Portland mayor expressed he felt heartbroken and angry. "What happened early this morning is devastating. It's tragic and senseless," Wheeler said.

But Wheeler also acknowledged a clear need for more resources to address the ongoing gun violence in Portland.

"Thoughts and prayers aren't enough," Wheeler said. "What's needed is clarity in terms of what resources the Portland Police Bureau needs in the years ahead to address the changing safety needs in our community."

Officers had to leave the downtown shooting scene when they were dispatched to other shooting calls which exhausted their resources, police said.

Initially, police reported eight people were shot before issuing a correction late Saturday afternoon. Police said the total number of people injured could change again because some may have left the shooting scene on their own and went to the hospital.

Lovell has asked for the community's help with gathering information. Anyone who took video of the scene or knows of additional victims is asked to contact PPB.

Crime Stoppers of Oregon is offering a reward for information that leads to arrest in this shooting. Report a tip online.

"This is an extremely taxing morning for our personnel," Lovell said.

Lovell said this was one of four shootings, including two homicides, in the city of Portland within a span of about four hours.

After the downtown shooting, there was a report of a shooting in the 8000 block of Southeast Foster Road around 2:30 a.m. Police believe someone may have been injured, but they were unable to find any victims.

Hours later around 6:30 a.m., there were two unrelated shooting calls at about the same time.

One man died in a shooting near Northeast Sandy Boulevard and 113th Avenue, and a woman was seriously injured in a separate shooting in the 1200 block of North Willis Street.

"As the city continues to reopen and as people begin to enjoy themselves in every neighborhood, not just in the downtown area," Wheeler said, "the mission continues to be making sure that we can do so safely and peacefully."

PPB said investigators believe a number of people may have run off in the chaotic and terrifying aftermath of the shooting downtown and couldn't provide information to the police. Lovell said given the situation, it was completely understandable but urges any eyewitnesses to come forward.

51 people have been killed by gunfire in Portland this year.

This number includes the victims who died Saturday, police said.