Police said the shooting happened after a physical fight at a restaurant near Northwest 10th Avenue and Davis Street. 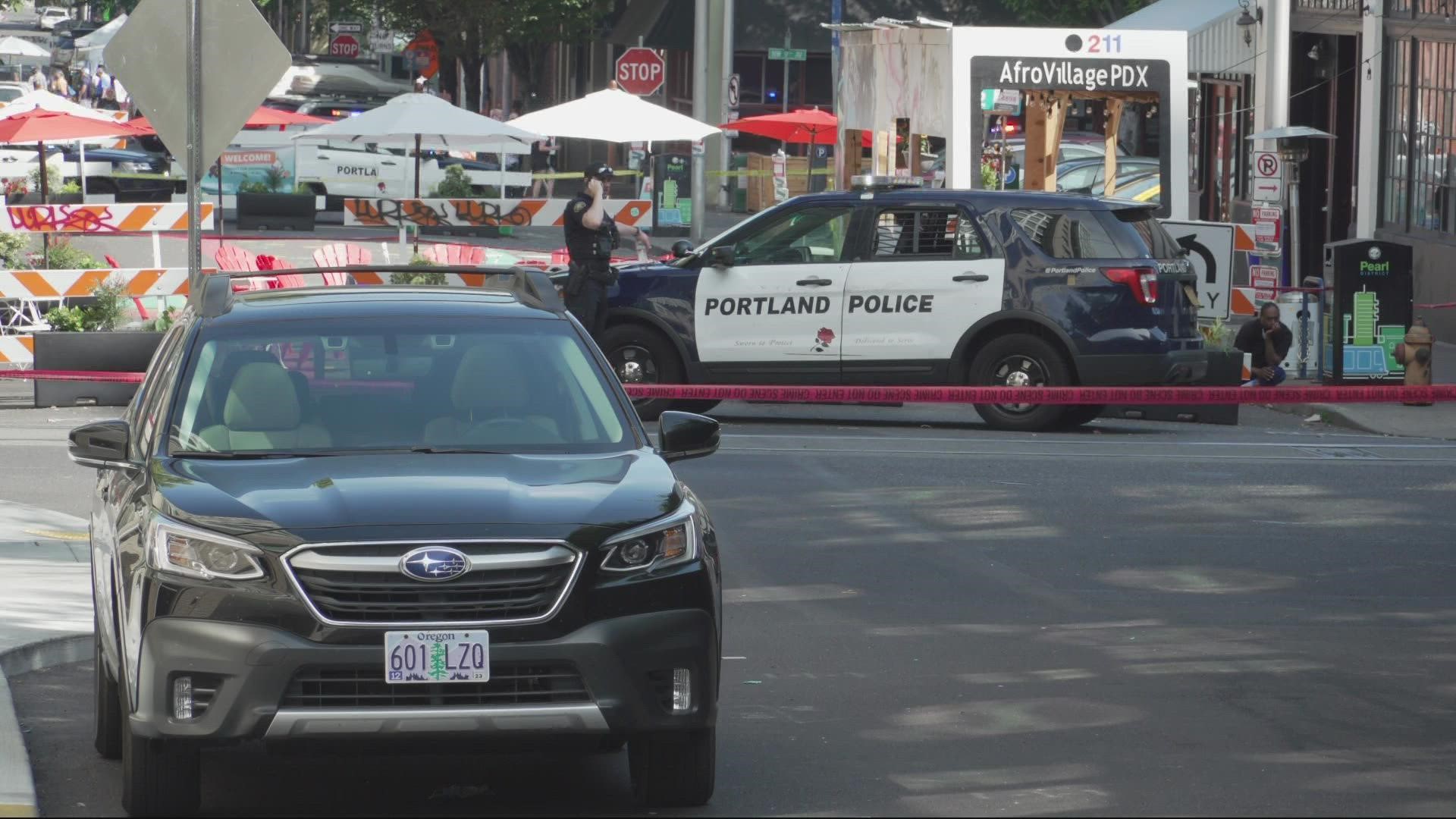 According to the Portland Police Bureau, the shooting was part of a fight inside a busy restaurant near Northwest 10th Avenue and Northwest Davis Street between people who knew each other.

Preliminary investigation has determined that a verbal argument led to a physical fight among the group. Shots were fired. The group then moved outside the restaurant where more shots were fired.

Three people, a woman and two teenage boys, were injured, police learned. All three were transported to a hospital in private vehicles. They are expected to survive.

Investigators have confirmed all three people injured were a part of the initial confrontation.

A man was detained and a gun was seized as evidence. No charges have been filed as of Saturday night.

Credit: Portland Police Bureau
A gun was seized as evidence after a shooting in the Pearl District on Sept. 4, 2021.

There was a large number of people in the area during the shooting, but no one else was hit by gunfire.

Anyone with information is asked to contact PPB at crimetips@portlandoregon.gov. Reference case 21-246384.