3 alarm fire at Portland Garment Factory determined to be arson

Security footage captured an unknown person lighting the contents of a dumpster on fire. The fire later spread to the building. 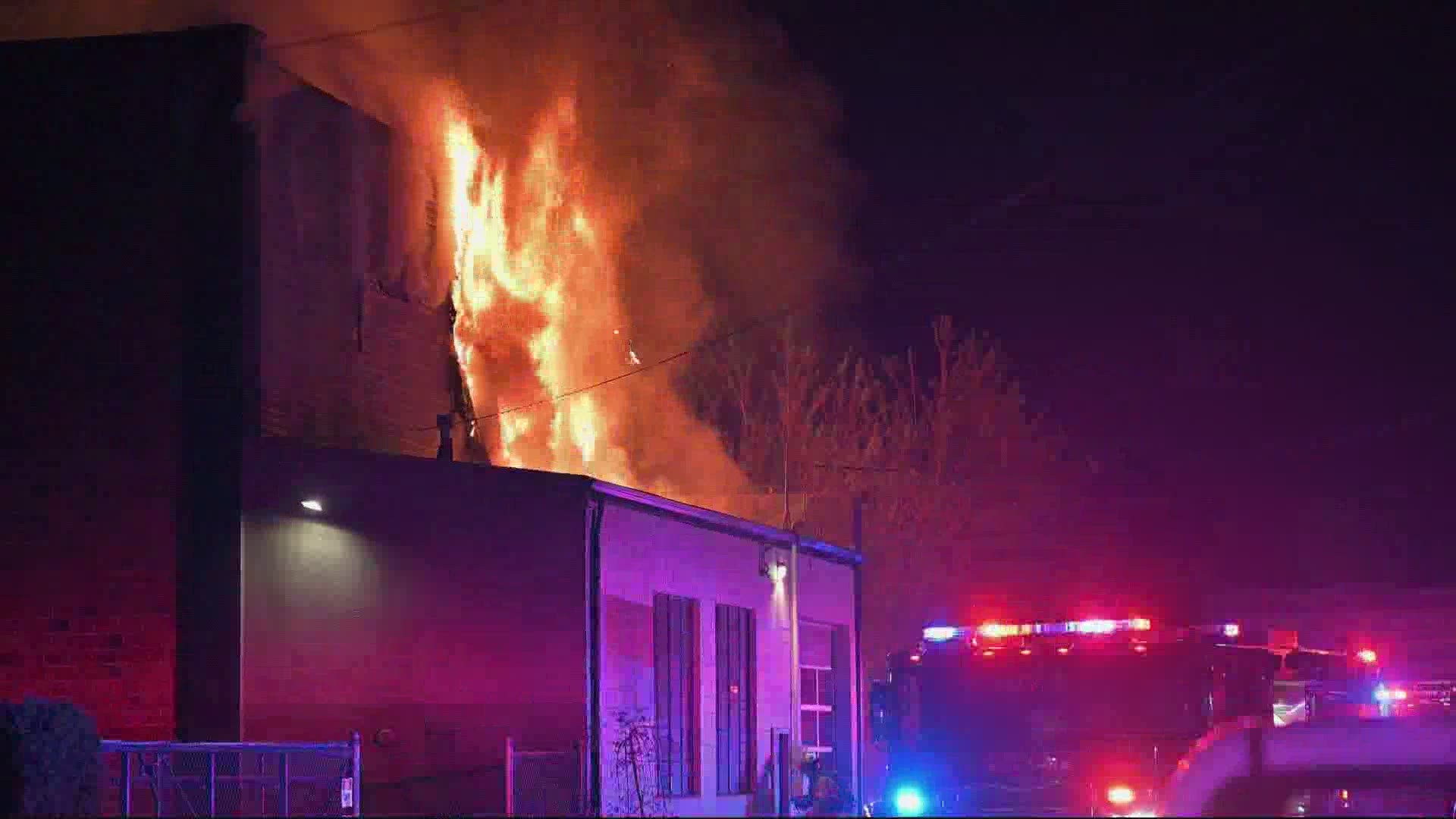 PORTLAND, Ore. — A 3 alarm fire that spread to the Portland Garment Factory early Monday morning was later determined to be arson by investigators.

According to Portland Fire & Rescue, calls began coming in around 3:30 a.m. about a tree that was on fire. Callers said that the fire was spreading to the nearby commercial building, the Portland Garment Factory, located at 408 SW 79th Avenue.

Crews arrived on scene and began battling the fire, first from the inside, but due to the extent of fire damage that became too risky for firefighters and they had to retreat outside. Moments after firefighters headed outside, portions of the roof began to collapse. Twelve people from the apartment building next to the Portland Garment Factory were evacuated as the fire continued to rage next door.

Water continues to pour on a fire at Portland Garment Factory near SE 79th and Stark Street. About a dozen people were evacuated from nearby apartments. No injuries. Fire investigators on scene. @KGWNews @PDXFire pic.twitter.com/qpxKvLnqJf

To fight the fire, Portland Fire & Rescue called upon 25 fire engines, ladder trucks, command SUVs and support equipment and nearly 100 firefighters in total. More than 20 of the 31 fire stations in the city were emptied while the fight the fire and evacuating residents in the immediate hazard zone and protecting adjacent property.

Fire investigators were called to determine the cause of the fire. After interviewing witnesses, investigators looked at security camera footage that caught someone lighting a nearby dumpster on fire.

This fire started in a dumpster, yet the harm spread to a close-knit community. This is a traumatic and devastating loss for the business owner, the property owner, and the team of employees who embraced the innovation and creative niche of the Portland Garment Factory, and the community itself. I’d like to acknowledge the great work of the firefighters on scene and the Incident Commander in calling additional resources early to prevent fire spread to nearby restaurants, businesses, and occupancies. I would also like to genuinely thank our hard working partners at PBEM, 911 dispatchers at BOEC, officers at PPB, our mutual aid fire departments, Tri-Met and the Red Cross.

Portland Fire & Rescue investigators are asking the public to help identify the person who started the dumpster fire. If you have any information, it is asking you call 503-823-4636.