Multnomah County has spent $163,000 on food in the first three weeks of emergency shelters being open, with the program expected to continue until at least June. 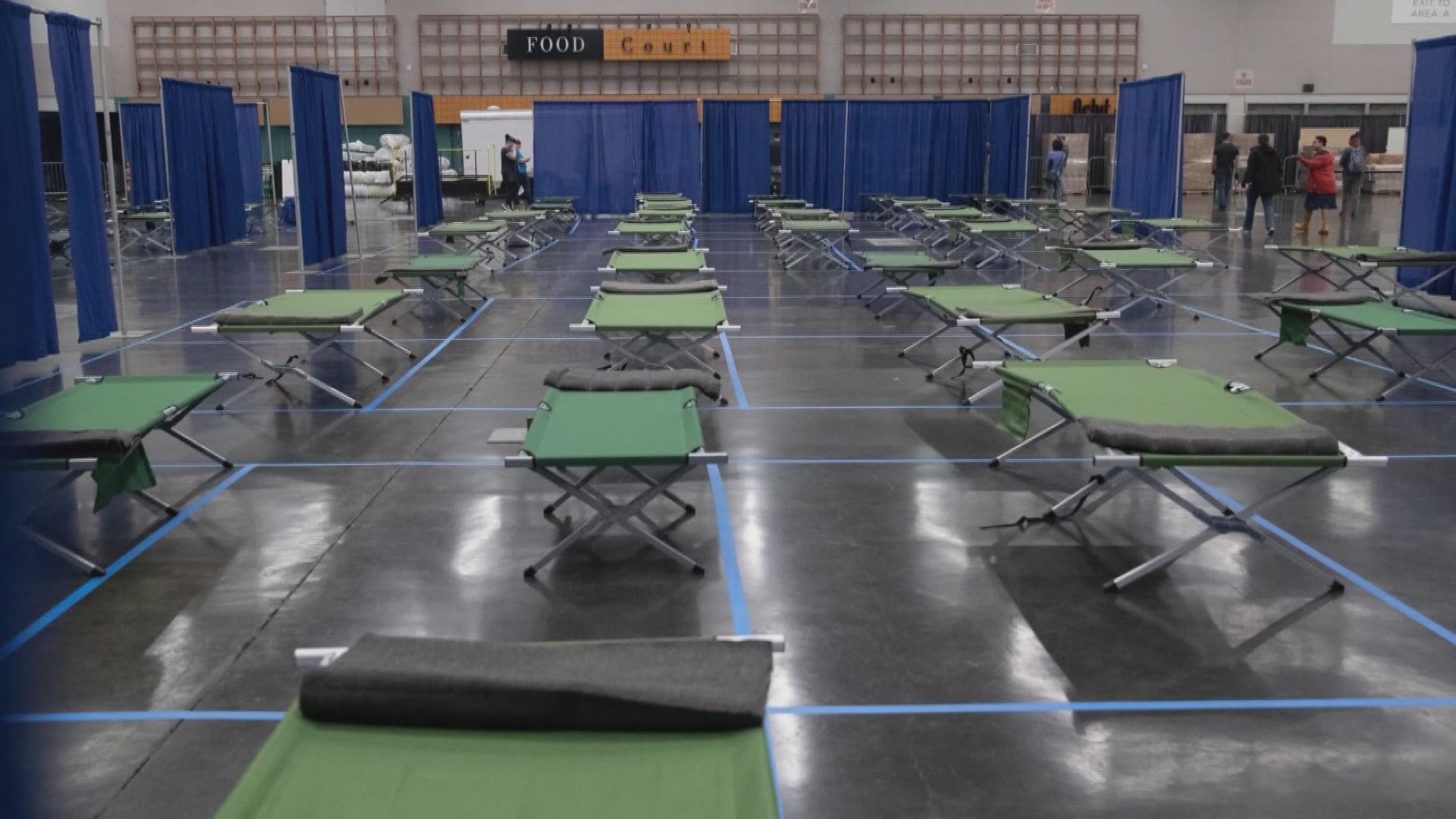 PORTLAND, Ore. — Some 600 people experiencing homelessness in Portland are being moved from tightly-packed shelters into wide open spaces at sites like the Oregon Convention Center, two empty hotels and various community centers.

There are six of these temporary shelters across the city. It's an emergency measure to physically distance, get medical care, showers and yes, food.

Now, at least 23 Portland restaurants have been given a financial lifeline, being paid to feed all those people, three meals a day, every day.

"You're taking some folks who were living in one place that might've been working out really well for them, and then they've moved to another location. That is a potential stressor and a potential trauma inducer," said Craig Gerard, owner and founder of Stone Soup.

Stone Soup hand picks people at risk of, or just coming out of homelessness, and takes them through a 12 week program teaching cooking and serving skills.

If participants make it through they earn a paid internship at a partner restaurant with the eventual hope of a job. It's a program KGW profiled in-depth for months in 2019, following the first cohort of trainees as they made their way through the job and life skills portion of the program, including the ups and downs. You can watch them at the links below.

Related: Stone Soup teaches life and cooking skills to those at risk of homelessness

On the day the governor shut down in-person dining Stone Soup was closing up. Then the phone rang.

"The folks that were moving from one shelter into those new shelters needed to be fed. And Multnomah County was looking for someone to provide some of the meals," Gerard said.

Stone Soup jumped in and recruited 23 restaurants to help, many minority and women owned, all signing on to feed people once again.

The plan is to continue the contract and the shelter program for at least three months, which would mean mid-June depending on what happens with the coronavirus.

County spokesperson Denis Theriault told KGW, "For now, the county is looking to its contingency funds as it responds to this emergency. We will be doing a deep dive across the budget during this spring's annual budget process while also working to identify anything and everything that can be reimbursed by state and federal emergency funding."

Craig Gerard's restaurant was saved by this and now others are too.

"These are small independent restaurants that couldn't necessarily survive on take-out business alone and they've been able to use this contract meal service to keep their business going," he said.

Stone Soup had been making 30-40 lunch orders a day. Now they're making 375 meals, all with individual, sanitary packaging. It's turned their dining room into a mass assembly line kitchen. With its core purpose of making a difference and teaching those at-risk of homelessness career skills, this project brings everything full circle.

"All of our meal providers and beverage providers are coming together and living the Stone Soup model, which is that everybody has a little bit to spare and share when it comes to solving bigger problems."

Beaverton Toyota is helping as well. The dealership just donated a car for three months to help deliver all these meals from the restaurants, to the shelters.

Here is the list of restaurants being paid to provide meals: