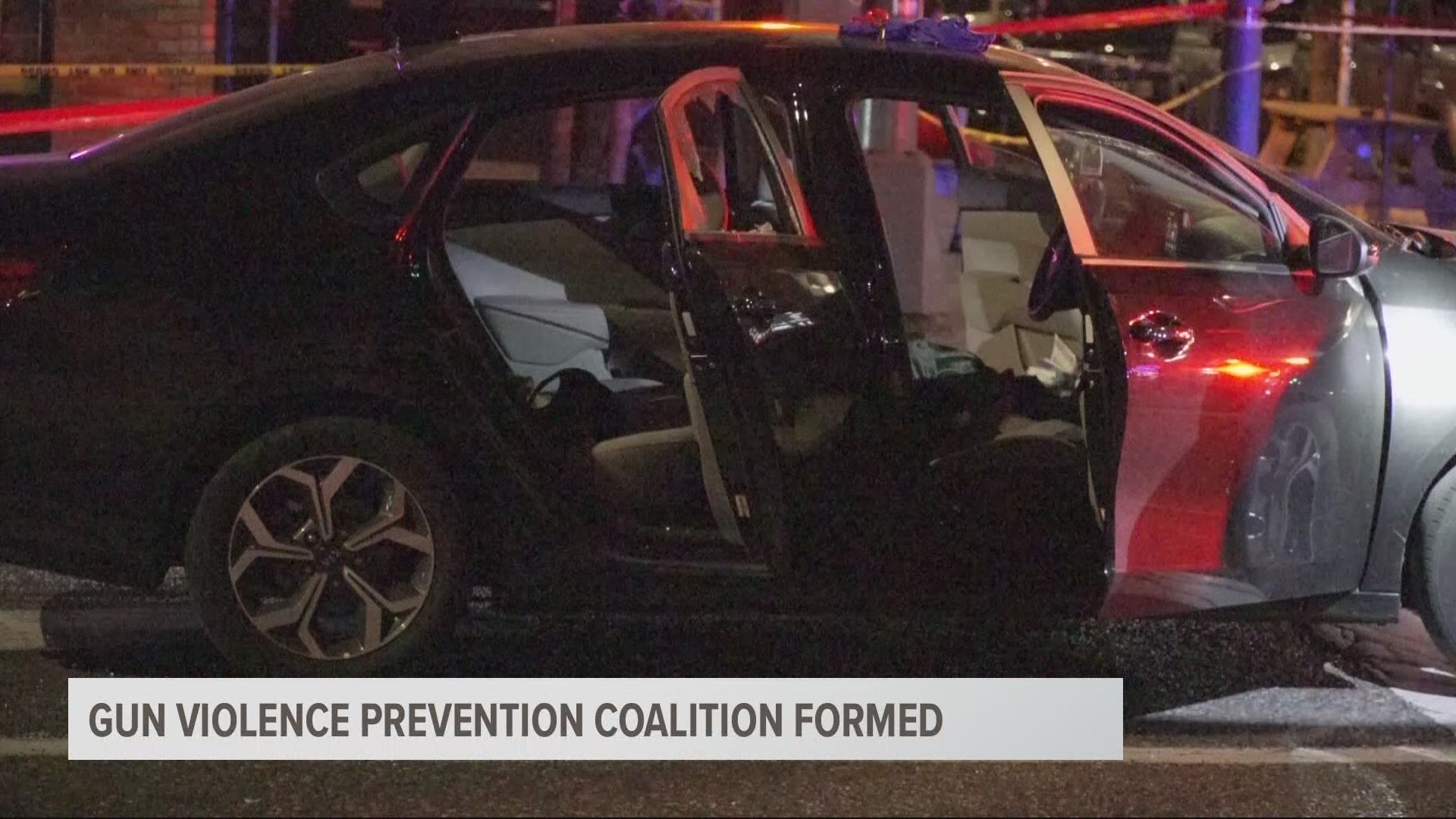 The Portland Police Bureau said Danae Williams, 25, and a man were shot in Northeast Portland at 8:55 p.m. Wednesday. Both were taken to the hospital. On Friday, police said Williams died of her injuries. The male victim is expected to survive.

The shooting happened in the area of Northeast Martin Luther King Jr. Boulevard and Dekum Street. Portland police said they're not releasing any suspect information at this time.

Police said they believe there are witnesses who left the scene before they could talk to officers and police want to speak to those witnesses as soon as possible.

The other shooting Wednesday night was instantly fatal, marking the 30th homicide for 2021 in Portland.

Williams' death is the 31st homicide this year for Portland and a grim reminder of the gun violence happening on almost a nightly basis. On Friday evening, Portland leaders including Mayor Ted Wheeler and the Portland City Council issued a joint statement.

The council statement read in part, "Gun violence in Portland transcends race, socio-economic status, and geography and City leadership is committing to building a community where everyone feels safe."

The statement went on to say several vigils and funerals planned in the coming days are credible targets for further potential gun violence.

This particular concern stems in part, the city said, because seven people were shot at a vigil last month for a shooting victim.

A gun violence prevention coalition has been formed as well in an effort to stop this crisis in Portland, PPB said in a Friday night announcement.

PPB along with the Federal Bureau of Investigation (FBI) Portland office, the Portland Office of Violence Prevention (OVP), and the Multnomah County District office are working together for a special effort this weekend.

Portland police said the goal is to have a visible presence in the community to deter anyone considering committing crimes throughout the weekend.

The Enhanced Community Safety Team (ECST) is part of the coalition as well. ECST can quickly respond to any shooting that may happen and immediately follow up with potential leads, PPB said.

"This disturbing trend of gun violence in our streets has to stop," Lovell said.

Other law enforcement issued a statement as well.

The Portland FBI is working closely with the Metro Safe Streets Task Force.

"There is a real concern here needs to be a commitment to action across the board," Portland FBI said. "And together we can work to make sure families living in Portland don't have to fear bullets and blood in the streets."

Law enforcement said they are all working together to bring peace back to the streets.

Comparatively, last year in 2020, there were four homicides and in 2019 only three.

RELATED: Driver arrested after shootout with police on Highway 214 near Silverton; passenger injured