The northbound lanes of I-205 were closed from NE Airport Way over the bridge to Highway 14 in Washington but have since reopened. 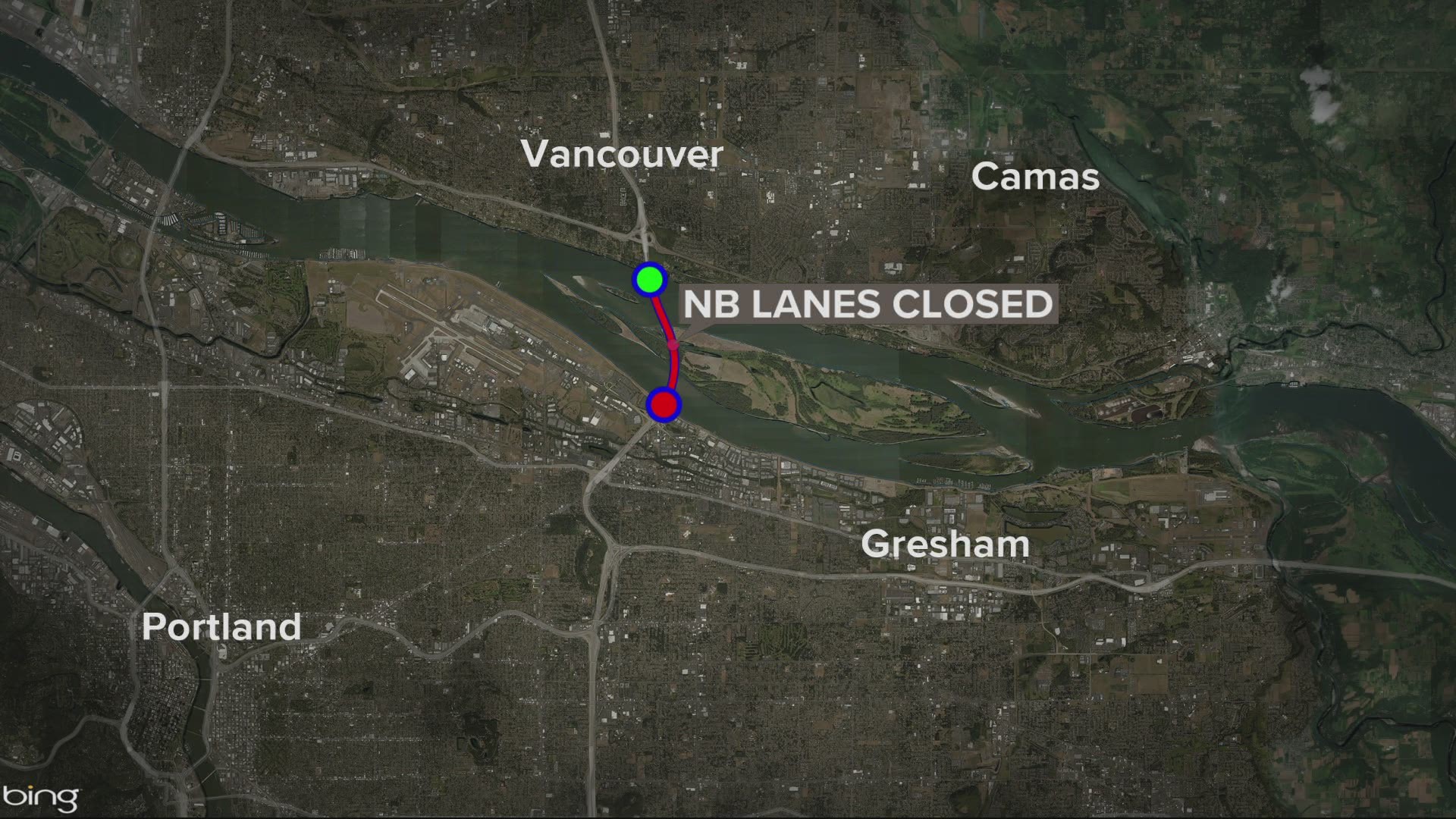 PORTLAND, Ore. — UPDATE: The northbound lanes of I-205 on the Glenn Jackson Bridge are back open, the Oregon Department of Transportation reported shortly after 7 a.m.

Two people died in a crash on the Glenn L. Jackson Bridge early Monday morning. At 3:20 a.m., Portland police said the northbound lanes of I-205 were closed from Northeast Airport Way over the bridge to WA-14 in Washington and would remain closed for multiple hours.

At 6 a.m., the Oregon Department of Transportation reported that northbound traffic was being diverted off at Airport Way. ODOT said travelers should avoid the area, use an alternate route or expect long delays.

Check the latest traffic updates for this closure on tripcheck.com.

The two-vehicle crash happened at 1:10 a.m. When officers arrived they found one car on fire. The drivers of both vehicles died at the scene. ODOT said the crash involved a wrong-way driver.

Anyone with information about this crash is asked to call the non-emergency line for Portland police at 503-823-3333. Reference incident number 21-62137.

RELATED: Driver identified after vehicle found in Columbia River at base of I-205 bridge