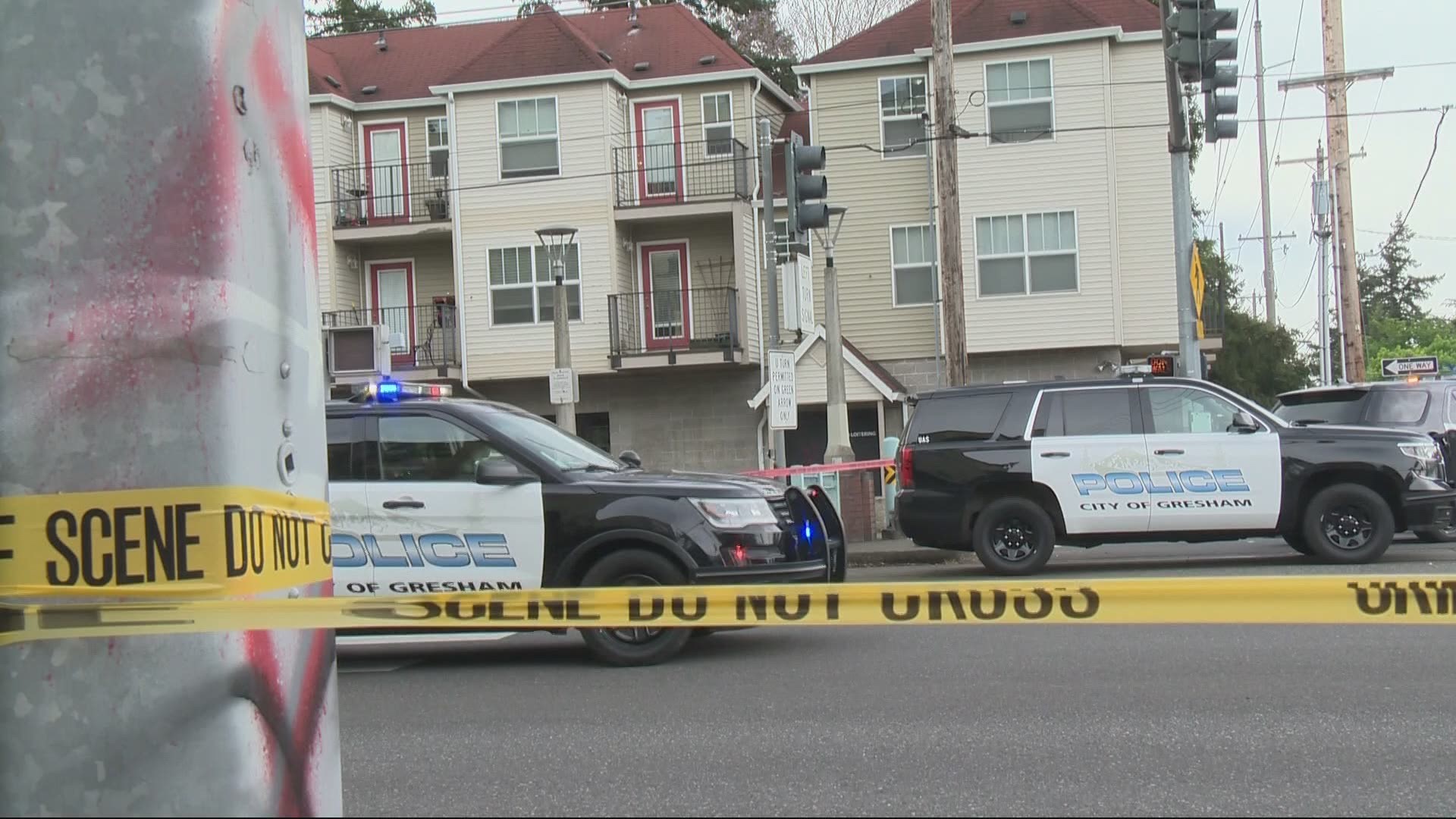 PORTLAND, Ore. — In less than 24 hours, police in the Portland metro area responded to four shootings, two of them deadly.

Around 1:30 p.m. Wednesday, Gresham police officers responded Southeast 172nd and Burnside Street, where they found a man lying dead on the corner in the middle of the day.

Just before noon on Wednesday, Portland police responded to a shooting near North Willamette Boulevard and North Charleston Avenue. There, police found a victim dead inside an apartment.

Around 5:30 a.m. Wednesday, officers were called to a shooting near Northeast 82nd and Alberta Street. One shooting victim went to the hospital.

Around 1 a.m. police reported another shooting, this one near Southeast 162nd and Taylor Street. One gunshot victim went to the hospital.

“I feel like the stuff that's happening today is a ripple effect from some of the stuff I’ve done when I was running the streets,” said community activist Lionel Irving.

Irving, who calls himself a “gang veteran,” started an outreach group called Love is Stronger. One of his goals is helping young men caught up in criminal activity, find a way out. He said community members can't become numb to all the recent shootings or choose not to be part of the solution.

“That's the problem. We're not out here as a community,” said Irving. “We're just looking back waiting for police to arrest somebody or city leaders to issue out some funds or whatever decisions they're going to make, but we’re sitting back waiting while our kids are hitting the pavement … You got to find what your role is and the bare minimum thing you can do is pull up on some of these kids and give them a kind word and give them something to think about.”

Back in Gresham, Beriane is thinking about her neighborhood. She said on Tuesday night, she fell asleep listening to the police scanner.

“It was a shooting and another shooting somewhere else," said Beriane. "I ended up going to bed but waking up and coming down to this.”