Dozens of readers contacted the Statesman Journal with questions about the more restrictive recycling rules. Some said they would refuse to comply 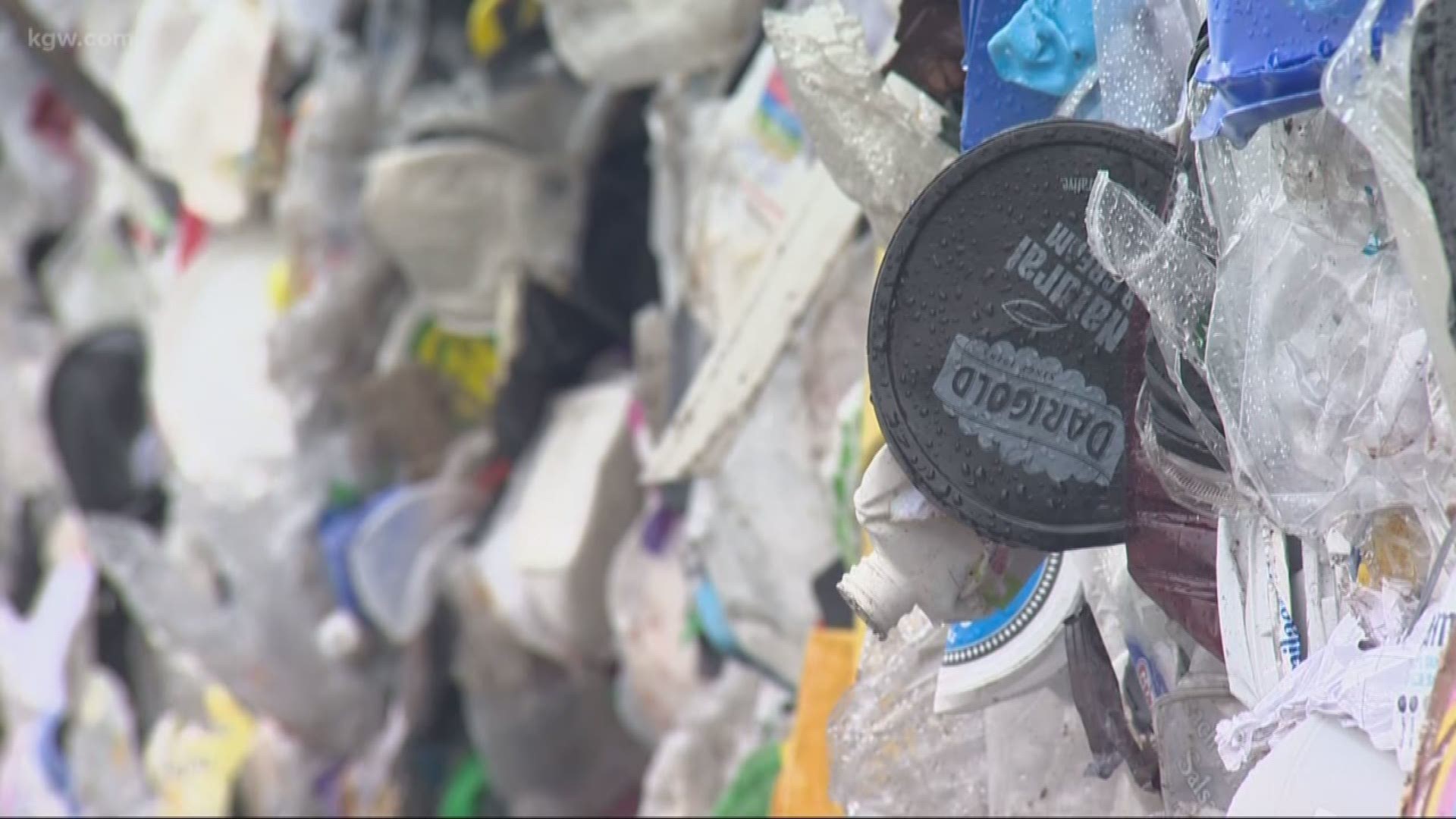 With only a few days’ notice of the changes, many residents expressed anger and confusion.

Dozens of readers contacted the Statesman Journal with questions about the more restrictive recycling rules. Some said they would refuse to comply.

“That attitude will actually hurt the consumer in the long run,” said Gaelen McAllister, resource development manager for Garten Services, which takes about half of Marion County’s recycling.

“The more they contaminate the recycling, the more it’s going to cost them in higher rates,” McAllister said.

On Jan. 1, China stopped taking most recycling from western nations, including the United States, saying contamination levels were too high. Paper and plastic began piling up at recycling centers throughout Oregon.

Medford, for example, has just cut back to collecting only milk jugs, cardboard and newspaper, Spendelow said.

“Many counties are considering similar things,” he said.

While there doesn't appear to be a short-term solution to the recycling problem, maybe the changes will prompt consumers to choose products more carefully, said Will Posegate, chief operations officer for Garten Services.

"Hopefully what this will do in the long term is to get the manufacturers to stop producing plastic that can't be recycled," Posegate said. "Maybe we can come up with a system where we can actually consume the waste we produce."

More: You have rights returning bottles and cans

Here are the answers to readers’ questions, provided by Marion County, the city of Salem, Garten Services and the Mid-Valley Garbage & Recycling Association.

Q: I live in West Salem, which is in Polk County. Do the new rules apply to me, too?

A: Yes, these changes also impact West Salem residents. Solid waste and recycling services are consistent throughout the City of Salem.

Q: We’ve been putting stuff in that bin for two weeks. What are we supposed to do, run out and pick out all the no-nos?

A: No. However, going forward, please only put the acceptable material in your recycling bin.

Q: The numbers on the bottom of plastics indicate they should be recyclable. Why can’t I recycle things that say recyclable?

A: There is no market for all plastic “recyclables.” Marion County, Garten Services and the local haulers are only accepting those items where there is a market and that can be turned into new products.

"Manufacturers can put that recyclable symbol on anything. Just because something has that symbol doesn't mean it's currently recyclable, or it's ever been recyclable," Garten's McAllister said.

Q: Can any recyclable materials, such as cardboard egg cartons, pizza boxes or paper towels, go in the yard waste (compost) bin?

Q: One item that seems odd is the “no shredded paper.” Do you know the reason why?

A: Small pieces of paper are not compatible with processing machines.

Q: What does “shred” mean? Run through a shredder, or any torn paper? Are documents with identifying information removed, including magazine names/addresses removed, OK?

A: Shred is any small pieces of paper that have been run through a shredder or torn up. So, magazines with the name and address torn off should be fine.

Q: Do you mean only Styrofoam egg cartons are not OK, or all egg cartons? If an egg carton is cardboard is it recyclable?

A: No egg cartons are acceptable.

Q: Do I need to take off labels from tin cans before recycling?

A: Yes, if it is a bottle or jug that is empty, clean and dry. No buckets are allowed.

Q: One big thing that I did not see on the allowed list was plastic cat litter containers. You cannot wash them out, but I have always put them in the blue bin. Where should I be putting them?

A: You can only recycle them if they are empty, clean and dry. If you can’t wash them, they should go in the trash.

Q: Are they now going to sort through our recycle containers at the curb and photograph what they consider garbage? Is there a plan to reject bins that contain formerly acceptable items?

A: The county, Garten Services and local haulers are working on education and outreach for the new recycling standards. Marion and Polk county residents have been avid recyclers and it is hoped that, going forward, residents will do their best to voluntarily comply.

Q: I throw it all in the blue bin. I pay them to take it, they can sort it. Screw the tree huggers. I will toss whatever I like into my garbage. They’ll take what they are given.

A: The intent is to make the changes now to avoid potential rate increases. When you put garbage in your recycling, it contaminates all of the recycling and increases costs.

Q: So, they raise the rates, then reduce what we can recycle so we have to get a bigger garbage can? Doubly painful. I’m not paying for a recycling cart after this article.

A: Again, these changes are meant to decrease costs. The less contamination of the recycling, the more marketable it is and the less it will cost to process.

Q: I am an avid recycler and want to be sure I don’t contaminate with “good intentions.” Will there be any classes on the current rules offered soon?

A: Garten Services has a tour on the first Friday of every month. Contact Gaelen McAllister at gmcallister@garten.org to register. The county, Garten and local haulers also are looking at other opportunities for training.

Q: Is there somewhere I can take recyclables that no longer go in the blue bin?

A: People may drop off shredded paper from 8 a.m. to 4:30 p.m. Mondays through Fridays at Garten Services, 3334 Industrial Way NE, Salem. Contact Garten Services for pick-up of larger quantities.

Q: Who can I call if I have other questions?

A: Call your local garbage hauler for garbage and recycling information.