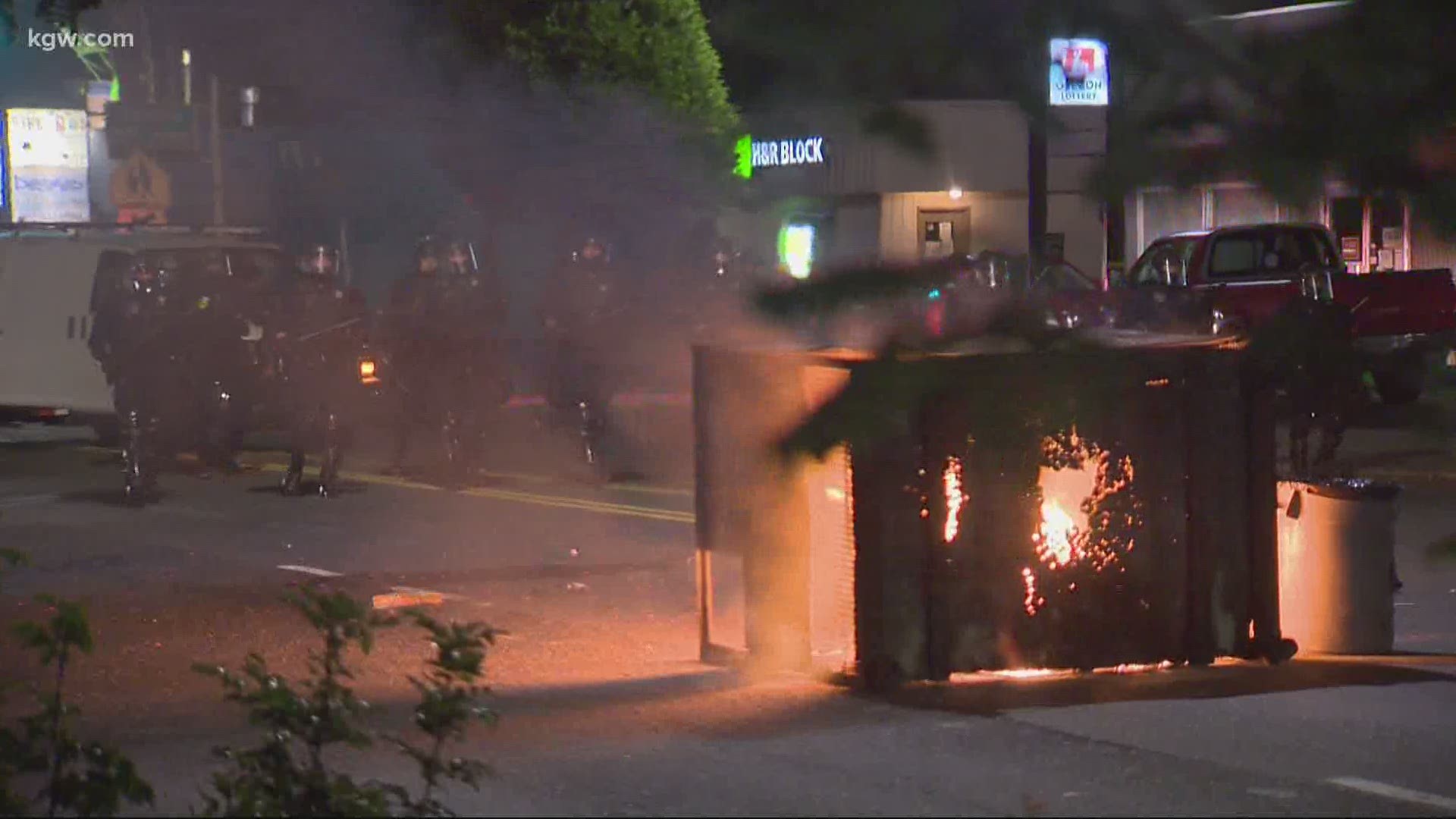 PORTLAND, Ore. — Portland's nightly protests began in the wake of the killing of George Floyd in Minneapolis in May.

Since then, Portland has seen 100 consecutive nights of racial injustice protests. A benchmark that comes as no surprise to Portland's NAACP President E.D Mondainé, who said the protests "accomplished beyond any doubt, the need to hear."

The call for change was heard.

At a press conference in Salem Friday, Governor Kate Brown highlighted new laws at the state level, including a range of bills eliminating the use of tear gas unless a riot is declared and a ban on chokeholds.

At the local level, Portland did cut $15 million from the police budget - which brought some criticism. Commissioners are divided on what to do next.

But at a Saturday event celebrating the protest milestone, organizers urged that more should be done.

"They threw us some breadcrumbs with their first little attempt at defunding the police it wasn’t what we asked for we asked for 50 million every year until the whole system has been dismantled,” explained event organizer, Regina.

Over the last three months, demonstrations have ranged from peaceful to riots, garnering national attention.

“I am not ecstatic that this is happening in our streets, but I see it as an opportunity for us to show the world how to do it," said Mondainé. "Portland, we need to do this together.”

He believes protesters need to work with city and state leaders in order to make real change happen." We need to have conversations, we need to talk about what it’s going to take to make the kind of changes we need, and when we see those changes being effective, we are going to see the violence and the noise in the streets quiet."