Kenton Women's Village is trying to raise $75,000 dollars to help pay for its relocation. 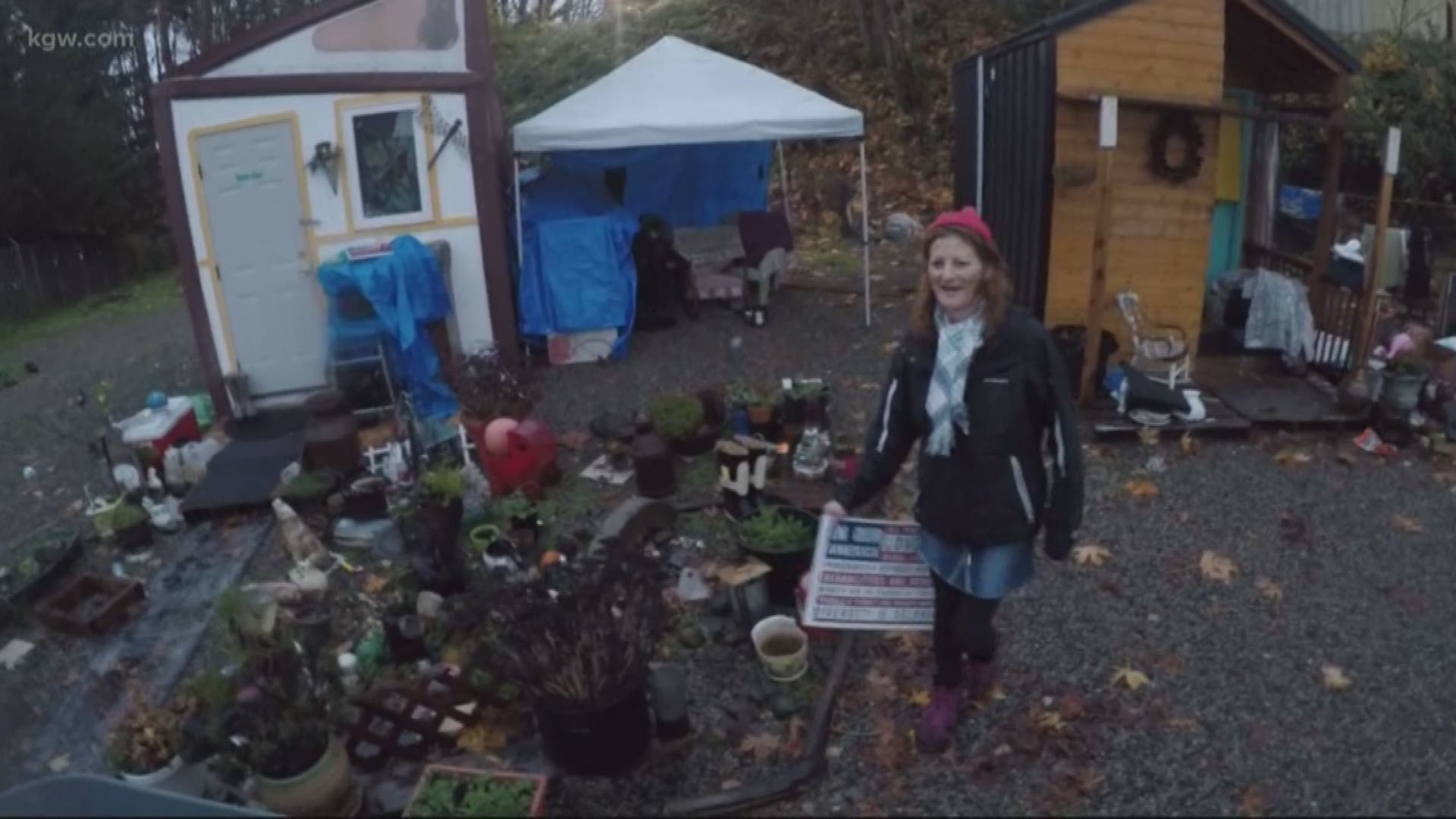 PORTLAND, Ore. — When Kenton Women’s Village began as a pilot project 18 months ago, no one was quite sure how it would unfold.

On Friday, the last of the first 14 women who moved off the street and into the village’s sleeping pods moved out, and into permanent housing.

“I got my apartment today!” said resident, Karen Zirkle. “I got my keys, I got a bed, I got a couch, I got a bathtub. I have a bathtub!!”

Zirkle is the twentieth woman overall, to transition out of Kenton Women’s Village and into permanent housing.

“It's absolutely critical,” said Rose Bak, who oversees Kenton Women's Village for Catholic Charities. “You know how it is to be outside and you're cold and you can't warm up.”

Bak said what started as a pilot program, is now getting a permanent home on city land, just a block away. The new location will house 20 women, who will move into new pods at the new location in January. The county will pay for running water and electricity, neither of which are available at the village’s present location. Trailhead Coffee Roasters is selling a special blend to raise money for space heaters for the pods.

“I want some of that coffee by the way,” chuckled Sindy Easterly, who moved into Kenton Women’s Village in July.

“These sleeping pods are a God-send,” said Easterly, who hopes to one day to follow in Zirkle’s footsteps and into permanent housing.

“Anyone on the street has been through a lot of trauma, but women especially,” said Easterly.

“For them to move into their own apartments is often a dream come true,” Bak said. “Many women don't think that's going to happen.”

If anyone knows that, it's Zirkle, who feels much differently, now.

The Kenton Women’s Village is trying to raise $75,000 dollars to help pay for its relocation.

There are several ways the public can contribute.

The Kenton neighborhood has set up a GoFundMePage. You can also donate to Catholic Charities directly. Trailhead Coffee Roasters’ Kenton Women’s Village blend is available for purchase at its café and at local Whole Foods and New Seasons stores.