Nicholas McGuffin was originally sentenced to 10 years in prison in the death of a 15-year-old Coquille girl. 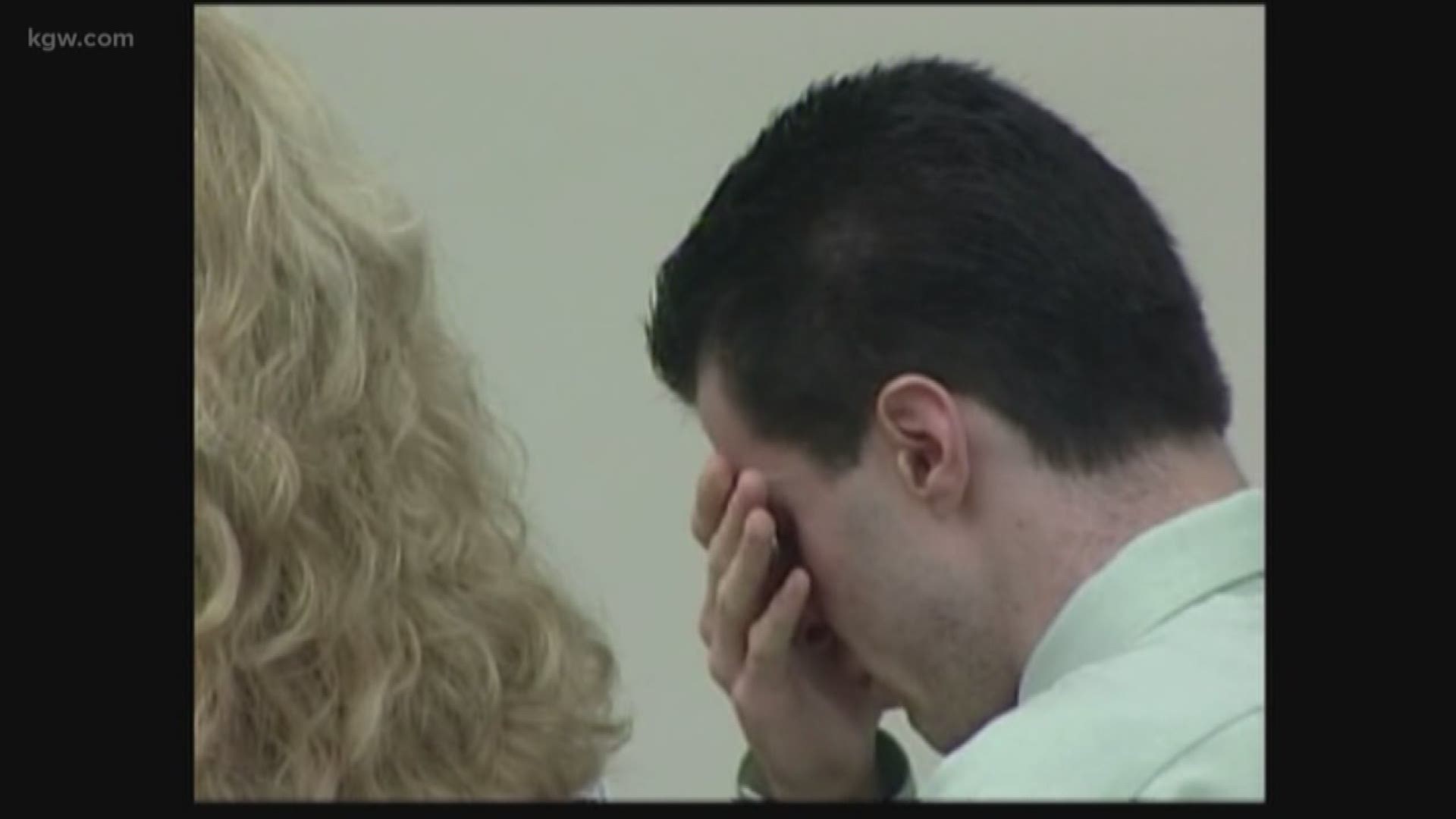 COQUILLE, Ore. — It was June 28, 2000 when 15-year-old Leah Freeman was last seen walking home from a friend's house in the small town of Coquille, Oregon in Coos County. After an intense search, police found her bloody shoes in a cemetery along a dirt road.

Five weeks passed before her body was found down a steep hillside 9 miles outside of town.

For 10 years, the murder of the 15-year-old rocked the small community. No arrests had been made and her family wanted justice.

Then a break in the case as police arrested Nicholas McGuffin, Freeman's boyfriend at the time of her death, and charged him with her murder. A jury found McGuffin guilty of a lesser charge of manslaughter.

In 2014, his case was taken up by the Oregon Innocence Project (OPI). Their website describes the nonprofit as having "a mission to exonerate the wrongfully convicted, train law students, and promote legal reforms aimed at preventing wrongful convictions."

For 5 years, lawyers like Janis Puracal worked on his case. In 2018, Puracal left Oregon Innocence Project to start the Forensic Justice Project (FJP), but still worked on McGuffin's case.

While looking through evidence, a DNA expert for OPI and FJP found DNA that was originally found on Freeman's shoes but was not used in the trial. Major Alex Gardner with the Oregon State Police Forensic Science & Pathology Bureau said, "In this instance, our analyst was not confident that the data present below threshold was an actual DNA profile vs. low level background noise generated by the instrument used."

In an email to KGW, Gardner said both parties had access to the DNA sample, but it was never used in trial.

"The point of contention, and the issue which is now being misunderstood and mischaracterized, was OSP’s failure to explicitly state what we could not conclude. Perhaps our analyst could have said there was also low concentration fragmentary information that falls below our reporting confidence. That information could be meaningless background noise from the DNA instrument we are using, or it could potentially indicate the existence of an unidentified male in the sample," Gardner said.

"When we found it, we were floored. I could not believe that there was DNA belonging to some other person on bloody crime scene evidence that had never been disclosed," Puracal said over the phone.

Almost 20 years later, it was retested and found to hold another man's DNA, but not McGuffin's. A Malheur County judge overturned the conviction based on that discovery.

RELATED: Oregon man who spent 8 years in prison for crime he didn’t commit gets a new smile

"Mr. McGuffin has maintained his innocence for the past 19 years since Leah Freeman first disappeared way back in 2000 and he's been fighting to prove his innocence since he was convicted. He of course was absolutely stunned when we found this DNA evidence," Puracal said. "We're all really happy about the result. It took a long time to get here, but it was definitely worth the fight and Mr. McGuffin's future is still in question."

When reached by phone, Coos County District Attorney Paul Frasier said he had a hard time describing how he felt about the decision.

"It's a bit frustrating for us because we did what we thought was right in the case. We followed the rules and so forth and then to have this happen is basically outside of our control," he said.

The Oregon Department of Justice has 30 days to file an appeal, should they lose an appeal or decline to file one the case would then go back to the Coos County DA's office.

RELATED: DNA testing to exonerate convicts may change in Oregon

Frasier has not decided yet if he will retry the case or drop the charges.

McGuffin, in the meantime, is still in prison. He's currently being held in South Fork near Tillamook. His original release date is August 2020.

Puracal said that's not important, clearing his name is.