The revelation that Jacksons was using the facial recognition at its store on Southeast Grand Avenue raised concerns from privacy advocates and security experts. 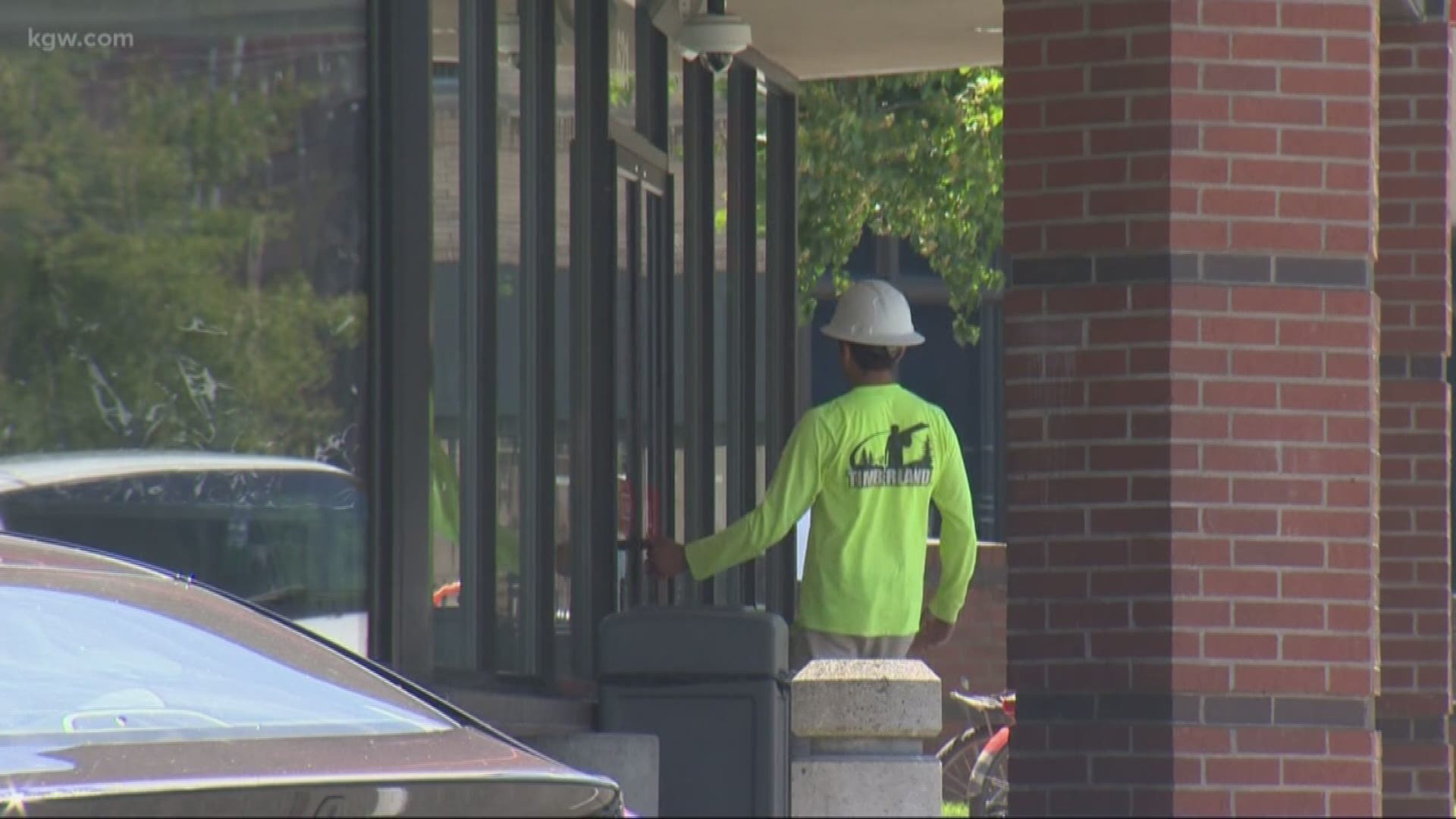 (The video in this story is from a June, 2019 story on privacy concerns about using retail facial recognition technology.)

A company experimenting with facial recognition technology to literally lock criminals out of its stores provided more details this week on their methodology and reasoning.

The revelation that Jacksons was using the facial recognition at its store on Southeast Grand Avenue raised concerns from privacy advocates and security experts.

Only one store is using the technology, according to statement from Jacksons, a region-wide food and gas station chain. A second is going up at a Tacoma outlet. Hours of use are restricted to evenings. The information collected is not connected to any outside server.

As you approach the store, there is a camera. A sign next to it says "Look at camera for entry. Facial recognition in use." This particular retail system comes from Blue Line Technology.

"It’s not a stretch to think there will be more and more of this kind of technology popping up in our lives that we do and don’t know about,” ACLU of Oregon communications director Sarah Armstrong said.

Facial recognition, while widely used by government and law enforcement, remains imperfect according to security experts.

There have been a number of issues with false positives where people are identified as criminals when they are completely innocent and just happen to look like one,” technology and security specialist Ken Westin told KGW. “There's also been research showing there might be some racial and gender bias in some of these algorithms as well.”

Here is the statement Jacksons issued:

“The system, from Blue Line Technology, has been activated for one year. It is in operation only during the nighttime hours of 8 PM to 6 AM. The Grand Avenue location is the only Jacksons store where it is active. The system is also being installed at a Tacoma, WA-area store, but has not been activated.

Our primary concern is the safety and security of our customers, employees, and the neighborhoods we serve.

Customers tell us we provide a necessary service in their neighborhood. The Grand Street location has been extremely challenging, and we’re testing this as an alternative to potentially having to close the store.

“Customers are alerted at the front door that the system will take their photo prior to entrance. Once this has occurred, the door unlocks so the customer may enter the store.

Blue Line indicates that this notice at the store entrance has been found to be a successful deterrent to those who have criminal intentions, and our experience at Jacksons thus far would support this.

The images are stored for up to 48 hours and are then permanently erased from a secure server hosted by Jacksons in a closed system. This is a standalone server that is NOT linked to, nor does it share, receive, or transmit any information or images to any other networked databases.

We acknowledge public apprehension behind facial recognition software and share our customers’ privacy concerns. It’s important to clarify that this is NOT an identification system. It is a matching system that is only used to help Jacksons in the event of a criminal action. Even then, it is used in concert with existing in-store security video footage that has been in use for decades. Video monitoring has become nearly ubiquitous in public and private environments because of its proven ability to deter crime or to help law enforcement catch criminals.”