Kennedy said what started out as an effort to help 40 vets a year, now serves 485 vets, annually. Some are homeless, others are simply alone. 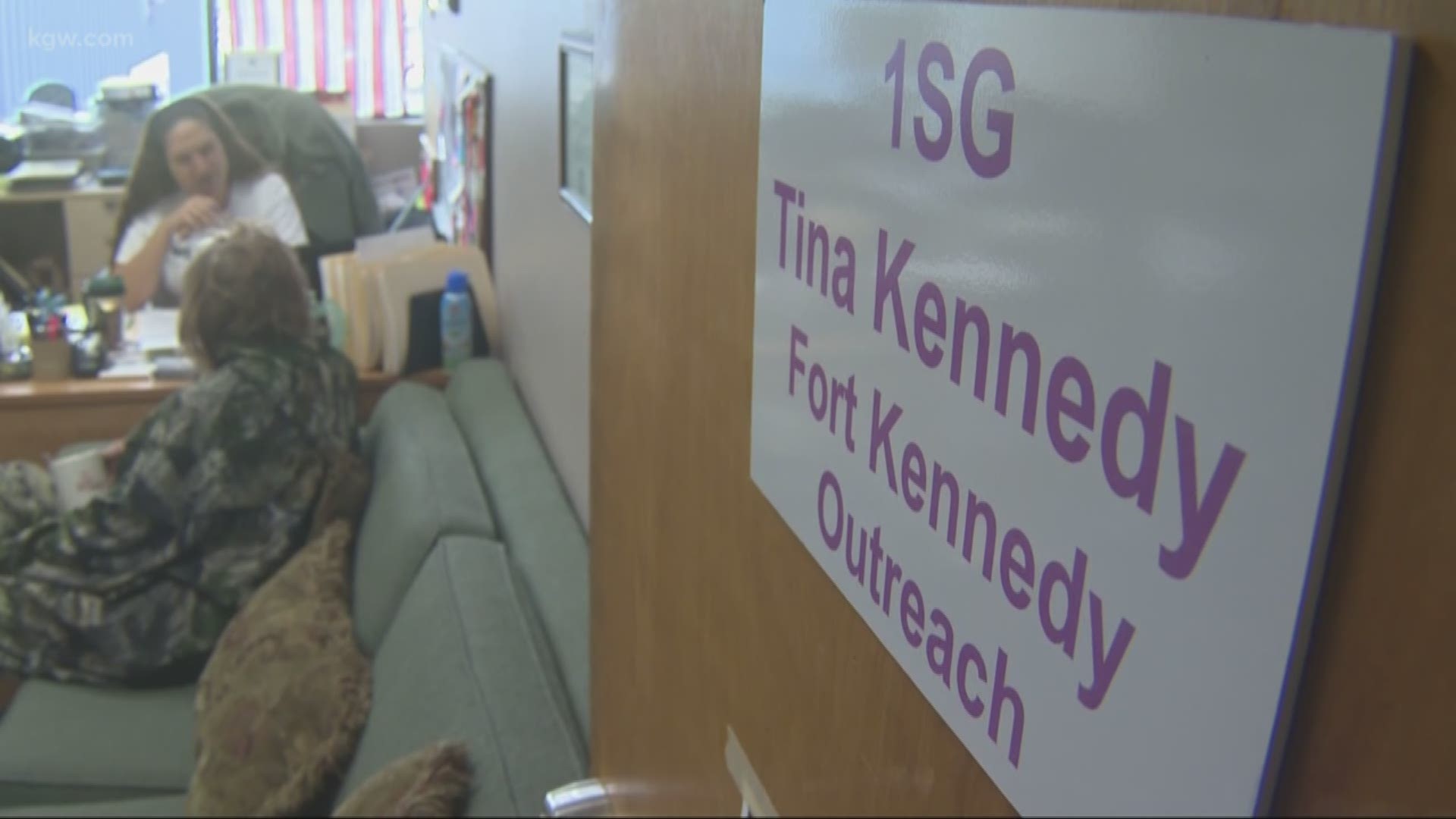 PORTLAND, Ore. — A Southeast Portland nonprofit is helping local veterans—many without homes—get back on their feet. Fort Kennedy doesn't take government funding and doesn't’ advertise, but for more than two years, it’s been quietly serving veteran men and women who gave so much.

When Stephens and other vets visit Fort Kennedy, they never have to ask for help or explain why they might be struggling. If anyone understands why, it's retired Army First Sergeant and Fort Kennedy founder, Tina Kennedy.

“I have PTSD myself, so I understand,” Kennedy said. “From day one when we join the military, we’re taught to not ask anybody for help. It's ingrained in us.”

After 22 years in the Army, Kennedy said she just couldn't stop serving, even when she retired in 2014.

“I don't know if it's because of my rank, I don't know why, but I somehow connected with these veterans,” she said.

Kennedy said what started out as an effort to help 40 vets a year, now serves 485 vets, annually. Some are homeless, others are simply alone.

“When your family disowns you, your kids don't want to talk to you your wife leaves you, you're kind of just… there,” Kennedy said.

Once inside Fort Kennedy, veterans like Stephens say they feel instantly at home.

“Makes me feel good that I got a place where I can come, rest and just hang out with other vets,” Stephens said.

Stephens is currently looking for housing. Military Veteran Misty Fourman-Smith was in the same boat a few years ago, when she and her husband moved to Oregon from Texas. Fourman-Smith said they were homeless for 45 days until they received help from Fort Kennedy.

“I feel like I owe [Kennedy] my life,” Fourman-Smith said. Now that her family is taken care of, Fourman-Smith gives back to Fort Kennedy. She volunteers and cuts veteran's hair every last Friday of the month.

“I start talking to them and it's not just me giving them a haircut,” Fourman-Smith said. “I start listening to them, too.”

And that, said Kennedy, is the heart of what Fort Kennedy is all about.

“It's just treating them like human beings,” Kennedy said.

Fort Kennedy is located at 7600 SE Johnson Creek Blvd and is open Monday, Tuesday, Thursday and Friday, from 9 a.m. to 3 p.m. It’s funded entirely by public donations. To learn more about Fort Kennedy and to donate, visit www.fortkennedy.org.