'It's for our season. All the marbles': Lillard, Blazers look ahead to Game 7

The series now shifts to Denver, where Portland will have a chance to make it to the Western Conference finals for the first time since 2000. 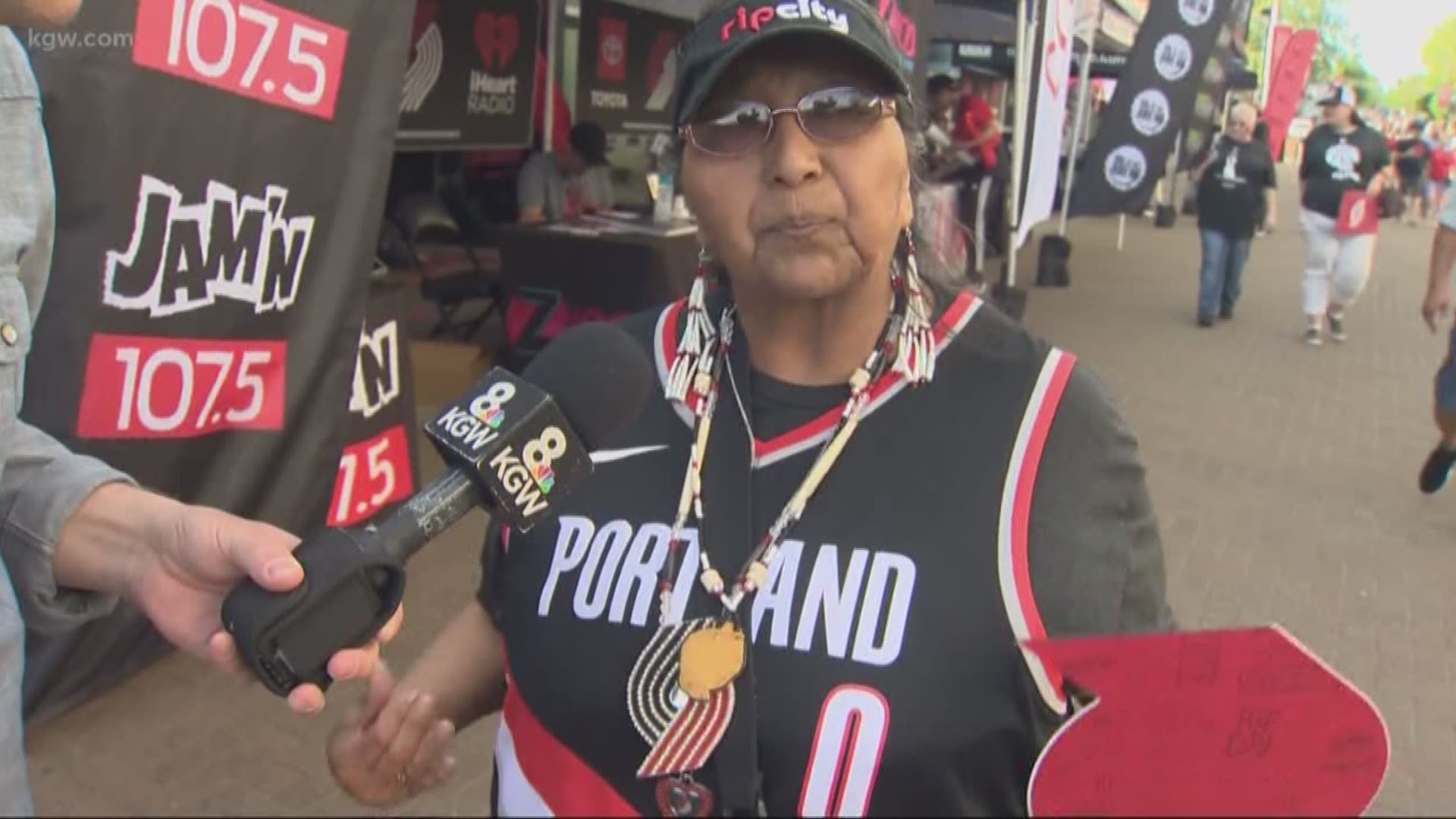 PORTLAND, Ore. — The shots were finally falling for Damian Lillard.

Lillard had 32 points, including 17 in the third quarter, and the Portland Trail Blazers staved off elimination to force a decisive Game 7 in their series with Denver with a 119-108 victory on Thursday night.

Lillard had been fairly quiet for the previous two games in the semifinal series, both Portland losses.

"I think over the course of the series, at least after Game 1, I just haven't seen the ball go in consistently enough," Lillard said. "My job is to stay aggressive, keep doing what I do, and tonight, shots fell."

LISTEN: 3-on-3 Blazers podcast: Blazers bounce back to force Game 7

The series now shifts to Denver, where the Nuggets will have a chance to make it to the Western Conference finals for the first time since 2009. Denver has been to the conference finals three times in franchise history.

The winner of Sunday's game will face the winner of the series between the Golden State Warriors and the Houston Rockets. The defending NBA champion Warriors have a 3-2 advantage in the series after a 104-99 victory on Wednesday night. Game 6 is set for Friday in Houston.

CJ McCollum added 30 points for the Blazers, who haven't advanced to the conference finals since the 2000 playoffs. Rodney Hood came off the bench with a career playoff-high 25 points and fans at the Moda Center drowned out his postgame on-court interview by chanting "Rodney! Rodney!"

Nikola Jokic led the Nuggets with 29 points and 12 rebounds, while Jamal Murray added 24 points and 10 rebounds.

"We'll go back home, regroup, like we did for San Antonio, come back with energy and just be ready to play," Murray said.

Seth Curry's 3-pointer gave the Blazers a 101-88 lead with 7:24 left. Things got heated midway through the final period after Jokic was called for an offensive foul and the players got into a shoving match and had to be separated. After a review, there were offsetting technicals involving Denver's Will Barton and Torrey Craig, and Curry and Zach Collins for Portland.

Lillard hit an off-balance jumper that put Portland up 106-93. The Nuggets got within 113-103 with 1:04 left, but Craig and Jokic fouled out and Portland closed out the win.

The Nuggets were in this situation before: They lost on the road to San Antonio in Game 6 in the opening round, forcing that series to return to Denver for the deciding game.

After Portland won the quadruple-overtime marathon of Game 3, Denver beat Portland at home to even the series. Then Paul Millsap had 24 points to spark Denver's 124-98 blowout of the Blazers on Tuesday night — and put Portland on the verge of elimination.

"I thought our Game 6 here in Portland was better than our Game 6 in San Antonio," Nuggets coach Michael Malone said. "Now we go home and have the best home-court advantage in the NBA."

Denver led by as many as 10 points in the opening quarter but Portland went on an 11-4 run to start the second quarter that closed the gap to 38-37.

After his 3-pointer gave Portland the lead, Lillard added a layup to extend it and Portland led 58-54 at halftime after outscoring the Nuggets 32-20.

VIDEO: Skal Labissiere: From the rubble to the NBA

Jokic's third-quarter 3-pointer briefly gave the Nuggets a 76-75 lead, but Lillard answered with his own 3 to reclaim it.

Lillard's sixth 3-pointer of the game put Portland up 83-78. He had 17 points in the third quarter alone and the Blazers led 87-80 going into the fourth.

Lillard was reminded after the game that he's never played in a Game 7 in his career.

"It's basically a game where only one team is going to make it out," he said. "It's your last opportunity to play, so facing elimination is what it is to me, and that's going to be my approach, just like it was tonight. The only thing is that it's going to be on the road. It's for our season. All the marbles."

Nuggets: Denver won the regular-season series against the Blazers 3-1. ... Jokic led all scorers with 16 points in the first half. ... Gary Harris has scored in double figures for nine straight games.

Trail Blazers: Portland went to the playoffs for 21 straight seasons from 1983-2003. ... The Blazers team that last made the conference finals included Scottie Pippen and Arvydas Sabonis.  Mike Dunleavy was the coach.

Jusuf Nurkic, the Blazers' big man who broke his leg late in the season, watched from Portland's bench in the second half. After the game, Jokic took a moment to recognize his former teammate. (Nurkic was traded to the Blazers in 2017).

"I just want to say something: I'm really happy to see Nurk back. I know he had a tough injury, and yes, he was with us and we are rivals, but it's so good to see him walking by himself after such a short period," Jokic said.

The Nuggets took Wednesday night off, and coach Malone and his assistants found a local brewery.

"Enjoyed some of Portland's beer, and just sitting outside and just talking about our team and talking about what's going on back home," Malone said. "Sometimes you have to force yourself to get away from it. It can't be just all the time, you have to find ways to have balance in your life."

Curry used some colorful language after the game in describing the dustup in the fourth quarter, saying he was poked in the eye.

"I can't be allowing people to put fingers in my eye. That was real sassy. Some real sassy dudes over there, some front runners. We can't allow that," he said.

Game 7 is set for Sunday in Denver.