Woman on Oregon unemployment locked out of Chase bank account

The victim said her family had no access to their money, even after she proved she was legitimately receiving unemployment from the Oregon Employment Department. 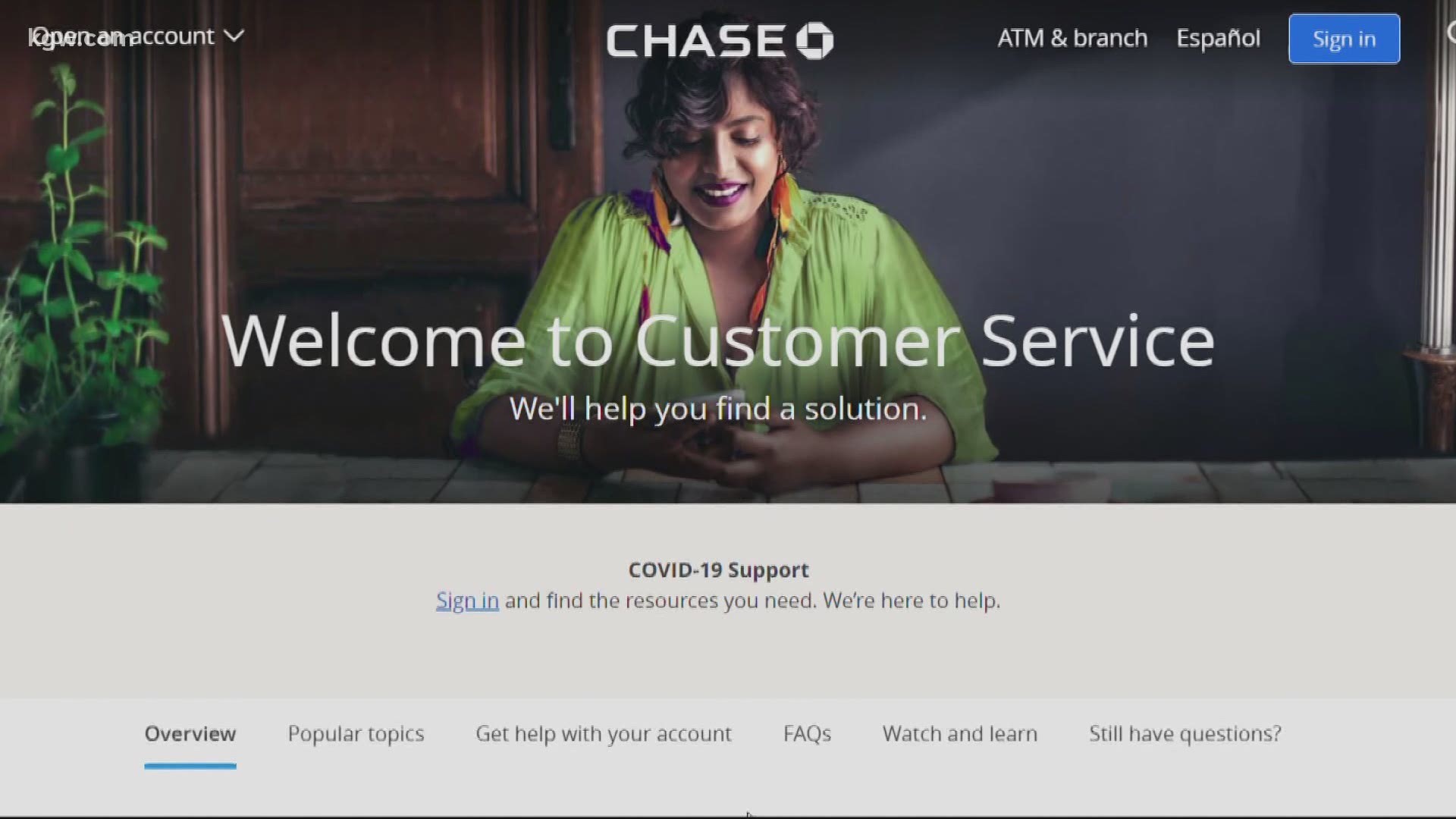 PORTLAND, Ore. — Karen Krader had been getting her unemployment check directly deposited into her Chase bank account since she was laid off from her office job in February.

She had no issues until her daughter tried to buy food at the grocery store last week and her card, tied to Krader's account, was declined.

"I immediately called Chase they said, 'You just need to bring your ID into a branch. That will clear everything up. They just need to verify your ID'," said Krader.

Krader brought her ID to the Chase branch on Lombard Street in Portland. The branch manager said there was a fraud alert on the account and they had to call the bank's 800 number to get things straightened out.

Krader was told she had to provide proof she was legitimately receiving unemployment benefits from the Oregon Employment Department (OED).

She printed off screenshots from OED's website and brought them back to the branch, but bank officials said she had to have the information on the official OED letterhead.

Krader said she called OED and the man who answered the phone went above and beyond to help her.

"He was awesome," she said. "He really did the best he could do. He went to his manager and they put the document information on letterhead and they contacted Chase directly and spoke to the branch manager and sent the documents to them."

"I feel as though Chase is treating us like criminals and we are not criminals, we are upstanding people that want to live a normal life," said Krader.

In Washington, the unemployment claims for nearly 200,000 workers had been flagged over the summer after a massive unemployment imposter scheme.

Several Chase customers reported being locked out of their accounts. Both Chase and the state of Washington said they were investigating.

After the KGW Investigates team reached out to Chase, the bank called Krader, apologized, and unlocked her account.

She's relieved to have access to her money but she's worried this will continue to happen to other families.

As reported, the government is investigating potential fraud relating to unemployment insurance benefits. To protect us, our customers or to meet legal requirements, we have restricted some account(s) pending further review. We don’t talk about specific accounts for privacy reasons. Whenever a customer has questions about their account, they should contact us and we will review it.

The Oregon Employment Department said they have not received similar complaints from Chase customers.

Do you have something you want us to investigate? Let us know. Email us at CallCristin@kgw.com