Ashlyn Maddox, who lived in an adult foster care home in Portland, was one of the nearly 100 people who died from Oregon’s historic heat wave. 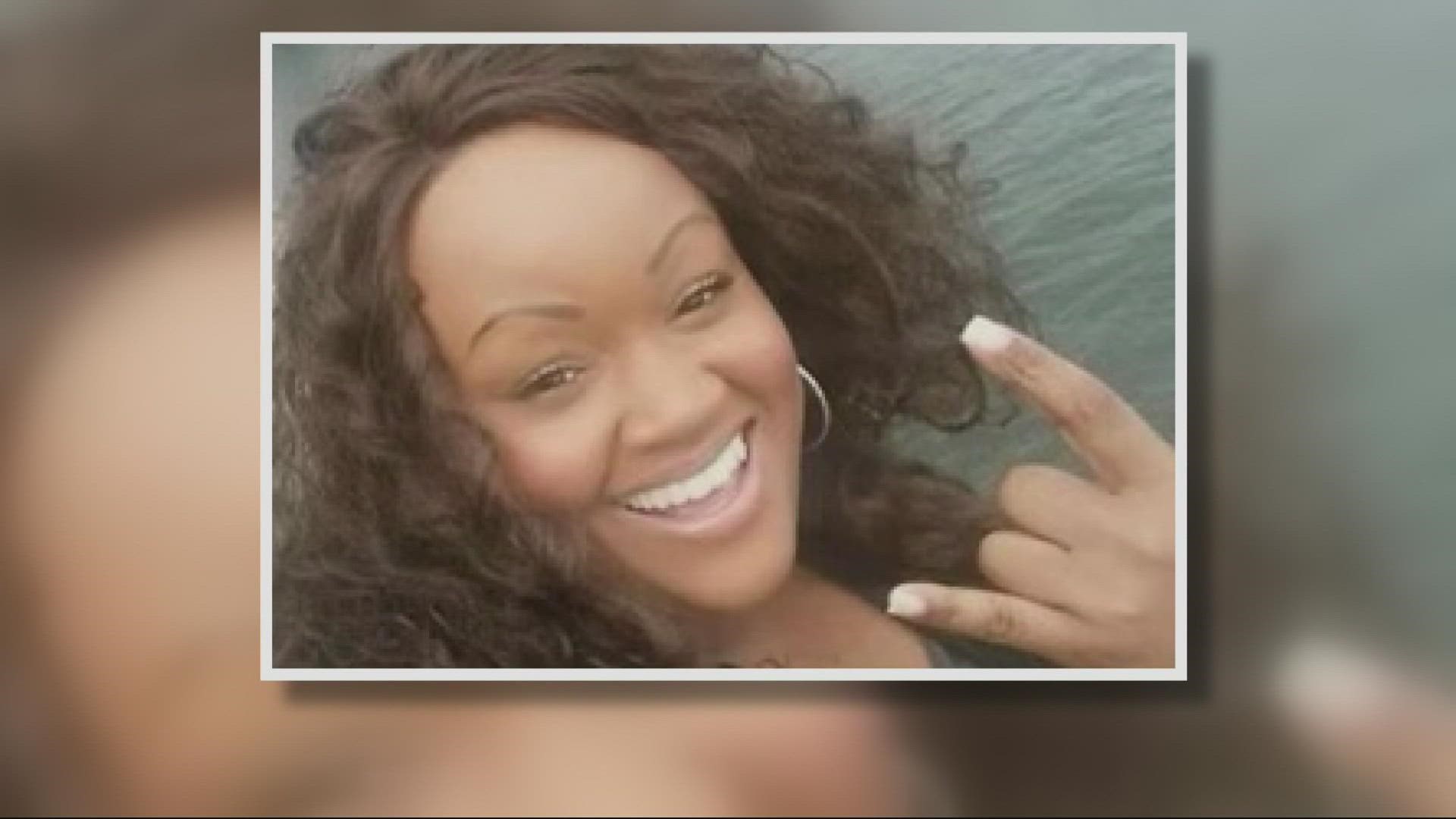 “Next week is going to be awful in Oregon. Just stay inside if you don’t have to be out,” Maddox posted on Facebook on June 25, referencing the record-breaking heat wave at the end of June.

Maddox, a Benson high school graduate and former nurse, lived in an adult foster care home in East Portland. She is also one of the 96 people confirmed to have died from the heat wave.

Her name was on a list recently released by the state medical examiner’s office in response to a public records request. Unlike many of the other victims, Maddox didn’t die in a home without a fan or air conditioning.

Tragically, Maddox died outside on the sidewalk just fifty feet from where she lived.

“She had so much life left in her. She was taken way too soon,” said Maddox’s friend Heidi Hall.

How did this happen?

KGW talked to neighbors and Maddox’s friends, requested 911 calls and found Nest camera video from the neighborhood to piece together what happened the afternoon of June 28, 2021.

Neighbor Sally Briche said she’ll never forget seeing the yellow Ride to Care car drop off a woman in front of her home. It was the hottest day ever recorded in Oregon with temperatures that reached 116 degrees in Portland.

Ride to Care is a medical transport service that takes Oregon Medicaid patients to and from medical appointments. The service is administered by Health Share of Oregon.

“I saw it and I thought, ‘oh, I've got company, you know, oh my gosh, I've got to put a hat on or something and greet them at the door,’” said Briche.

Briche said Maddox get out of the car and walk down the street away from her home.

A couple of hours later, Briche saw a small group of people crowded near the end of her driveway.

She went outside and saw Maddox passed out on the rocks while two other women tried to revive her.

Briche ran inside and told her son to grab ice, water, and wet towels.

“I thought someone was dying out there,” Briche said. “They couldn’t get her to come to.”

Maddox had passed out one house down from the adult foster care home where she lived. Briche knew the caregivers at the home because they had been neighbors for years, but because of COVID, she said she didn’t know the people living there.

Briche and one of the caregivers called 911 that Monday afternoon. Here is a partial transcript of one of the calls:

Caretaker: We have a lady unconscious. She's struggling to breathe. She has seizures.

Caretaker: She’s not having a seizure; it looks like heat stroke. We need help.

According the 911 calls, the caregiver said Maddox had a doctor’s appointment that day and never came home. They started calling around and looking for her after she didn’t arrive at the adult foster care home.

Briche’s neighbor across the street, Feleesha Anderson, has a Nest camera that also shows some of what happened that day.

According to the Nest camera’s clock, a yellow Ride to Care car pulled up in front of Briche’s home at 2:10 p.m.

20 seconds later Ashlyn is seen getting out of the car and walking away from her adult foster care home. Almost two minutes later the Ride to Care car drives away.

The Nest camera continues to record but we don’t see Maddox walk back into frame for roughly two hours. It’s unclear where she went during that time.

Maddox then walked back into frame, circled a maroon SUV parked on the street, and sat down behind the vehicle. She is never seen walking again.

At roughly 5:00 p.m., people ran over to help, including Briche and her son.

A fire truck and ambulance arrived around 5:30 p.m. more than three hours after she was dropped off.

Maddox later died. Her cause of death was listed as hyperthermia, also known as overheating.

“It’s sad that they couldn’t have dropped her off where they were supposed to drop her off. That nobody was there to meet her even if it was the next house over. It’s very unfortunate that happened to her,” said Anderson.

Heidi Hall, a friend of Ashlyn’s who moved to Texas, talked to KGW Investigates about Maddox by phone. Hall called her caring, kind and good with kids.

“Ashlyn was a good person. She was a beautiful human being. As far as her family, I’m pretty sure they are devastated. She was really close with her grandma,” said Hall.

RELATED: Hillsboro construction worker among those who died during historic heat wave

Ride to Care is run by Health Share of Oregon, a coordinated care organization, meant to support people in Oregon on Medicaid.

Health Share called the incident a tragedy but said an investigation found the driver followed all protocols.

A statement by HealthShare said in part:

The member requested transportation home from the hospital, where she was picked up by Ride to Care. The member was transported directly from the hospital to the property immediately next door to her house, approximately 50 feet from her residence, as specifically requested by the member.  The driver reported that when the member exited the vehicle, she did not walk toward her residence at 16828 SE Kelly St., but rather walked east of her house toward the residence next door. The member’s caregiver advised that when the member was found approximately an hour and a half after the anticipated drop-off time, she had fast food from McDonald’s and a drink with ice in it.

The member had specifically requested “curb-to-curb” service. “Door-to-door" service still does not mean the driver manually escorts the member physically inside their residence. The level of service changes based upon the situation of the member— i.e. health changes, mobility needs, and so on. Service changes can also be changed by the caregiver.

A spokesperson for Health Share said its policies do not change based on severe weather unless the person is in distress or concerned about the heat. The drivers are not instructed to make sure the passenger gets inside the home.

Briche, the neighbor, said she called Ride to Share and told them Maddox was dropped off in front of her home.

Briche thinks the company should reconsider allowing members to walk off during record-breaking heat.

“To drop somebody off at the wrong house and not see that they got in, especially with 116 degrees. Not to do that, to take extra precautions that the person's going to be safe, you know,” said Briche.

Ride to Care was the subject of hundreds of complaints a few years ago that ranged from long wait times to drivers not showing up at all.

The Oregon Health Authority threatened to take action in 2019 and in response, Health Share switched vendors from a company named GridWorks to Care Oregon in 2020. 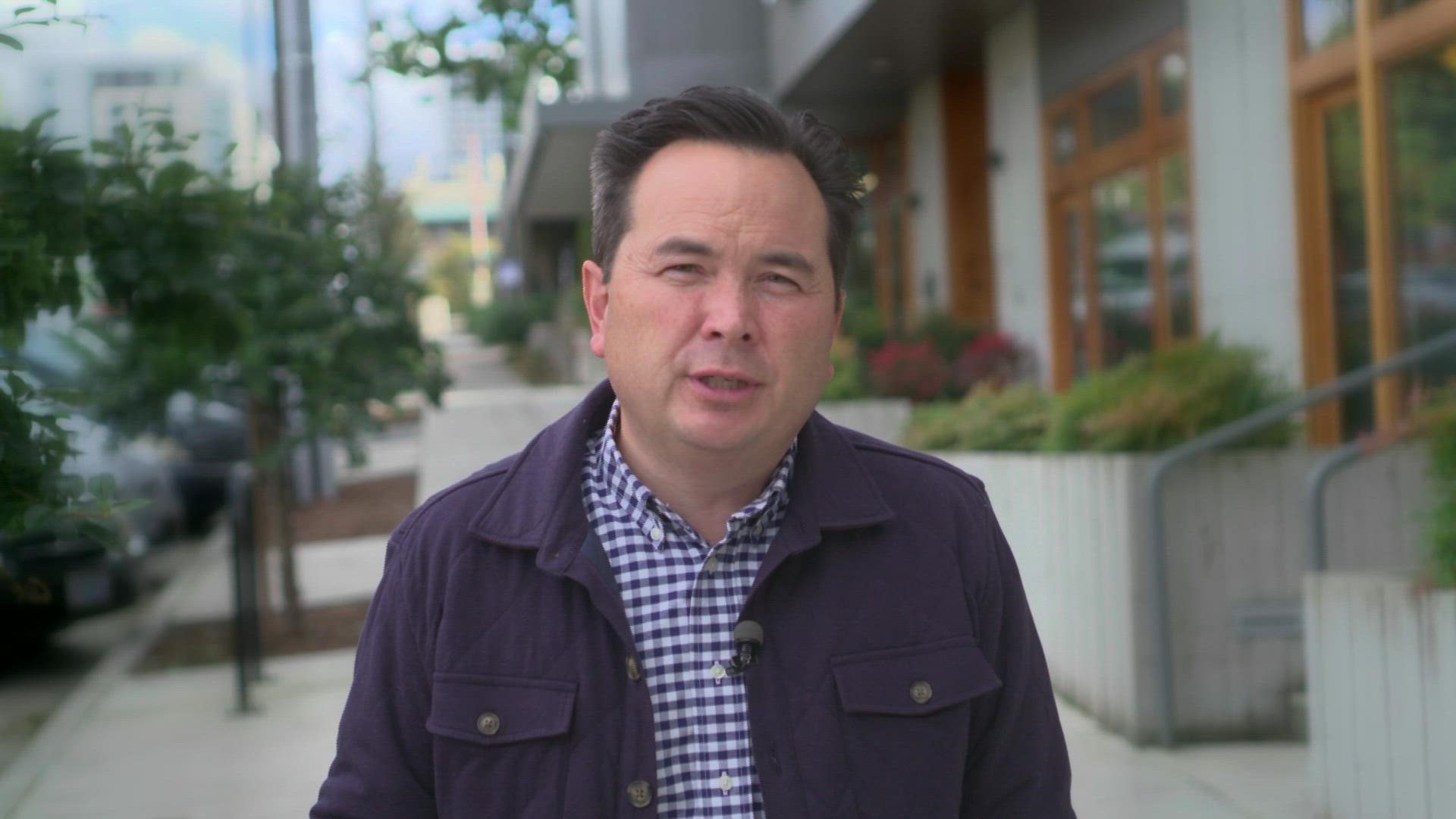