PORTLAND, Ore. — A Dollar Tree store in Northeast Portland has temporarily closed because of a rodent infestation.

“The inspectors are working with the owners on a plan to sanitize and clean. The store will remain closed until that is done,” said Andrea Cantu-Schomus, spokesperson for the state Department of Agriculture. Cantu-Schomus said most, if not all the food inventory will be thrown out.

Dollar Tree corporate did not respond to requests for comment.

Customers of the Dollar Tree store explained recently they have seen evidence of mice in the store, including holes chewed in food packaging and mice droppings on store shelves.

“I don’t think it is healthy,” said customer Yelonda Henderson.

What KGW found inside Dollar Tree in NE Portland 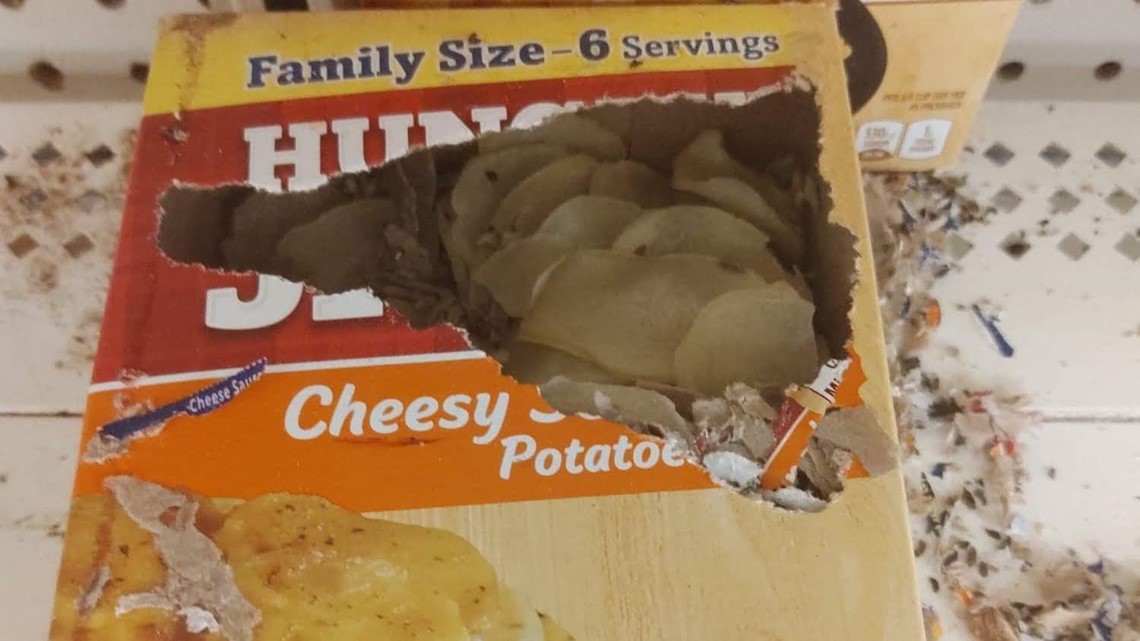 KGW observed a dead mouse caught in an air vent in the ceiling of the store, along with mouse droppings and mouse chew marks on food products.

“I really hope they do something about it,” explained customer Joe Clayton. “I’m going shopping somewhere else.”

Some food items inside the Dollar Tree were removed or moved to higher shelves, but others were not, even though they had rodent droppings on them.

A state food safety manager said products damaged by rodents should not be on store shelves and stores need to take immediate action to sanitize all contaminated areas.

“The store shelves where the rodent urine or pellets were found; that area would need to be cleaned and sanitized,” said John Burr, ODA food safety program manager.

If the public has food safety concerns, they can contact the ODA.

It's not clear where the mice were coming from. A routine inspection by ODA of the Dollar Tree in 2017 found outer openings of the building at Lloyd Center were not protected, allowing rodents inside, including the downstairs receiving door.

Prior to its closing Wednesday, the Dollar Tree had a mouse trap visible from the front window.

The company provided no other signs cautioning customers about rodent activity, although vandals had scrawled on the wall outside Dollar Tree warning rats and mice in the store.