'They are going to drag me to the hospital': 13-year-old cancer patient fights against planned surgery

A judge is expected to rule in Kylee Dixon's medical custody battle later this week, just before planned surgery. 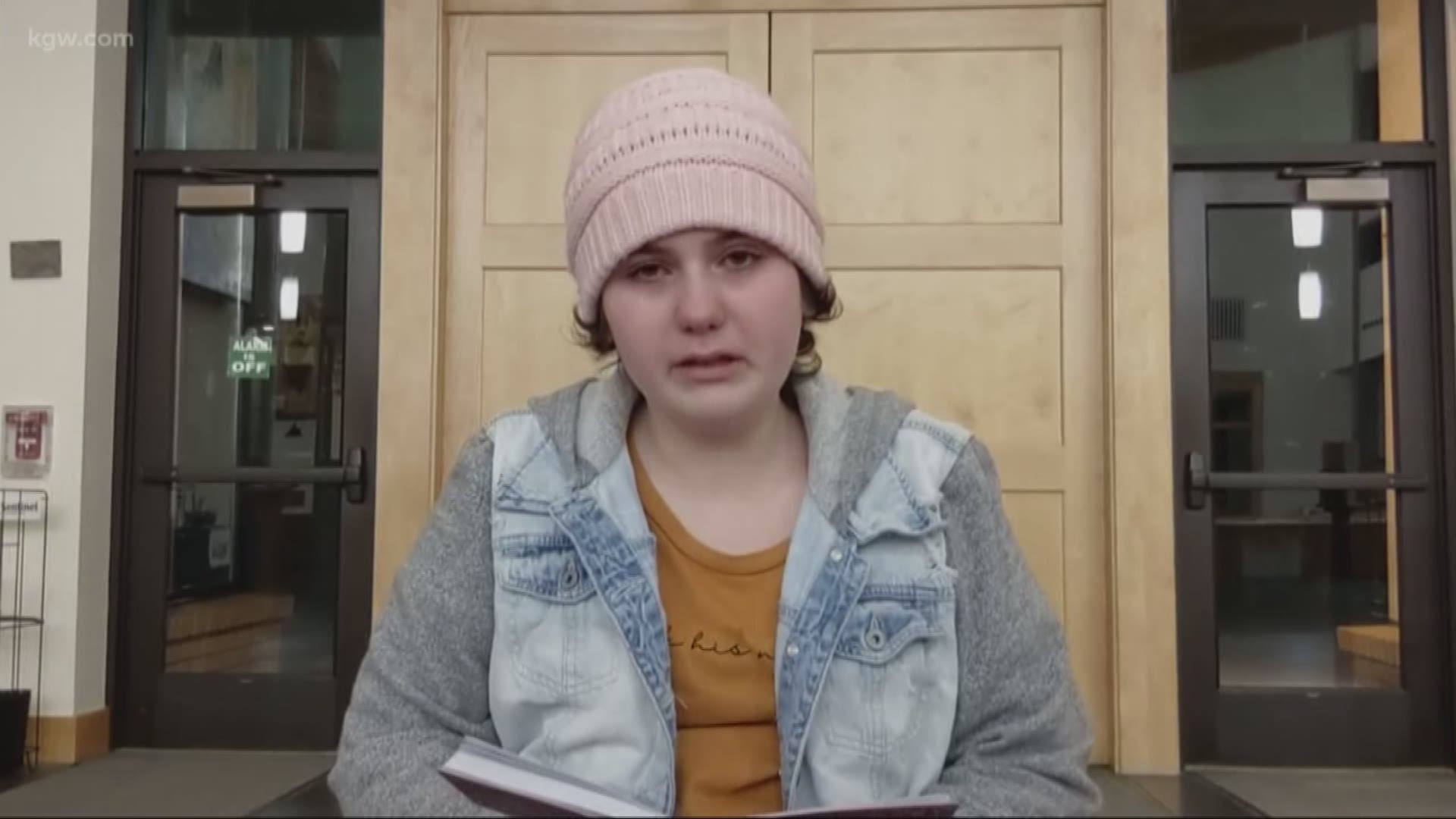 PORTLAND, Ore. — A 13-year old cancer patient caught in the middle of a medical custody battle testified in court that she doesn’t want surgery.

Despite her and her mother's opposition, the state of Oregon has scheduled surgery for Kylee Dixon on Friday to remove a tumor.

“I don’t want to do it but even if I kick and scream, they are going to drag me to the hospital,” Kylee told a judge in Clackamas County Circuit Court on Monday.

The teenager’s testimony came at the end of an emotional two-day hearing. No cameras were allowed in the courtroom.

Kylee has been in state foster care since June when her mother failed to follow a court order to bring her daughter for prescribed medical treatment. Police later found Kylee and her mother in Las Vegas, Nevada.

Christina Dixon previously told KGW she believes alternative treatment, including CBD oil, should be used to treat her daughter’s cancer.

The state argues various medical experts have been consulted and recommend traditional treatment for Kylee. Without surgery, the state claims the teenager’s tumor will grow, causing pain, illness and eventual death.

During the hearing Monday, Kylee said she felt “amazing.” The young cancer patient wore a pink stocking cap and sweatshirt. The 13-year-old was well-spoken and articulate while responding to pointed questions from various lawyers in the case.

Kylee told the judge she felt pressured to go along with the state’s demands and encouraged her mother to give up certain parental rights in hopes of staying at home.

“I was under the impression if we did not, I would go into foster care,” Kylee testified. “I was worried I was going to be taken away from my mother’s arms.”

The judge is expected to make a ruling in the case later this week, just before Kylee’s scheduled surgery.