The end of high school football in Oregon? Coaches worry about declining numbers

The 2018-19 participation records obtained by KGW Investigates show a steady decline in the number of kids playing high school football in Oregon. Experts and coaches say concussion concerns play a big factor in parents keeping their kids from the game. 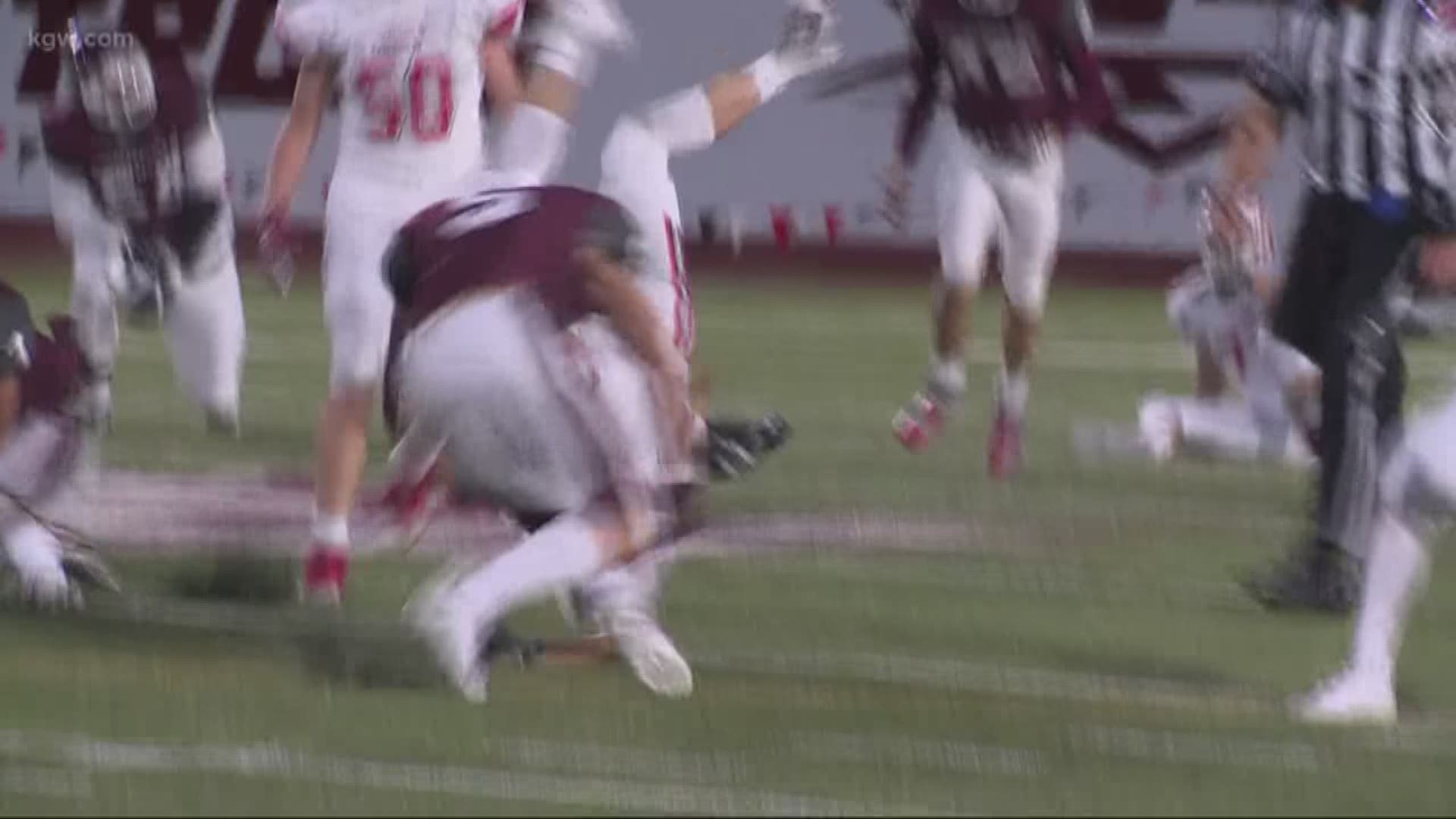 “I love watching sports, that’s something I’ve always loved,” Graver said. “The thought of getting paid to talk about it, kind of like doing my hobby but getting paid for it.”

But deep down, he said he’d still rather be on the field than in the booth.

“If I was able to compete with the varsity guys and compete at a high level, then yeah,” he said.

LIVE CHAT: The end of high school football in Oregon?

Graver started playing in third grade. So did his older brother. Their dad, Brad Graver, was their youth football coach.

“I miss those days of coaching them and being part of their lives outside of school because it goes by fast,” said Brad Graver.

Two concussions while playing middle school football sidelined Casey’s plans to play football in high school. His doctor said if he got a third concussion, he couldn’t play any sports.

“At that point, it was like, 'Yeah, football is done,'” said Brad Graver.

Casey is one of thousands of kids in Oregon leaving the sport.

According to numbers KGW obtained through the Oregon School Activities Association, 23 percent fewer kids are playing high school football compared to 10 years ago.

“We’re in a tailspin and I’ve said this before, I’m not sure we can stop it here,” said Lake Oswego High School head football coach Steve Coury.

Coury has been a part of football nearly his entire life.

His father, Dick Coury, was a longtime NFL coach. Coury played at Oregon State University, coached in the USFL and at Pittsburgh University. He’s been the head coach at Lake Oswego High School for the past 27 seasons.

While Lake Oswego High School continues to have a successful program, Coury said youth football numbers have him worried.

“About five or six years ago, we were at about 310 kids in our youth, again third through eight grade, and that number is down to 75 today,” said Coury. “This program will not survive with the numbers we have now.”

Coaches and experts say concerns about the link between concussions and chronic traumatic encephalopathy, or CTE, have led to parents keeping their kids from ever starting the game.

Coury says the feeder system from youth to high school football is disappearing.

“I’m not surprised to see a decrease in football right now,” said Chesnut. “I think parents are leading the decision in football participation because the trend is starting at a younger age and continuing through high school.”

Chesnut says research shows it takes longer for children to recover from concussions than adults, about four to six weeks.

He said three of more concussions in young people increases the risk of reoccurring or more serious concussions.

“The types of things we see with concussions are headaches that sometimes can persist for a while,” he said. “We can see problems with cognitive function affect school, and then we see problems with balance that can alter your motor ability or your ability to move around.”

Dr. Chestnut thinks the game is moving in the right direction, which is why he does not discourage kids or parents from football.

“Football is becoming much more aware of concussion risks and managing that in a much better way than it has in the past,” he explained.

He points to the changes at the youth football level being pushed by the OSAA. Those include starting third and fourth graders in flag football instead of tackle football. Young players move to rookie tackle in fifth and sixth grades.

In the rookie tackle system, the game is played on a smaller field and players are taught to gradually introduce blocking and tackling.

An OSAA spokesperson said the downward trend of football participation will continue unless the sport changes to reduce player risk.

Coury says not all parents at the youth level are on board with the changes.

“Change is tough. So, you have people down there, dads, fighting that stuff, too. In order to save this sport, we’re going to have to make changes,” said Coury.

Other parents like Brad Graver believe in changing the game so much that they’ve gone back to coaching youth football. Graver wants to show parents it’s OK to let your kids play.

“It’s back to player safety. Every coach has to be certified through a national organization. It’s one of the reasons why I would have my kids play in the program today,” said Graver.

Is football too dangerous? Join the conversation on Facebook

“You’re slowly watching it slip away, and the most frustrating part of it is not being able to do anything about it. We’re trying but I’m not sure it’s working," he said.

Read more: Football gave Joey Harrington so much, but he’s not sure he’d let his boys play