The Sterling Correctional Facility hosted the fundraiser to promote "normalization," the warden said. 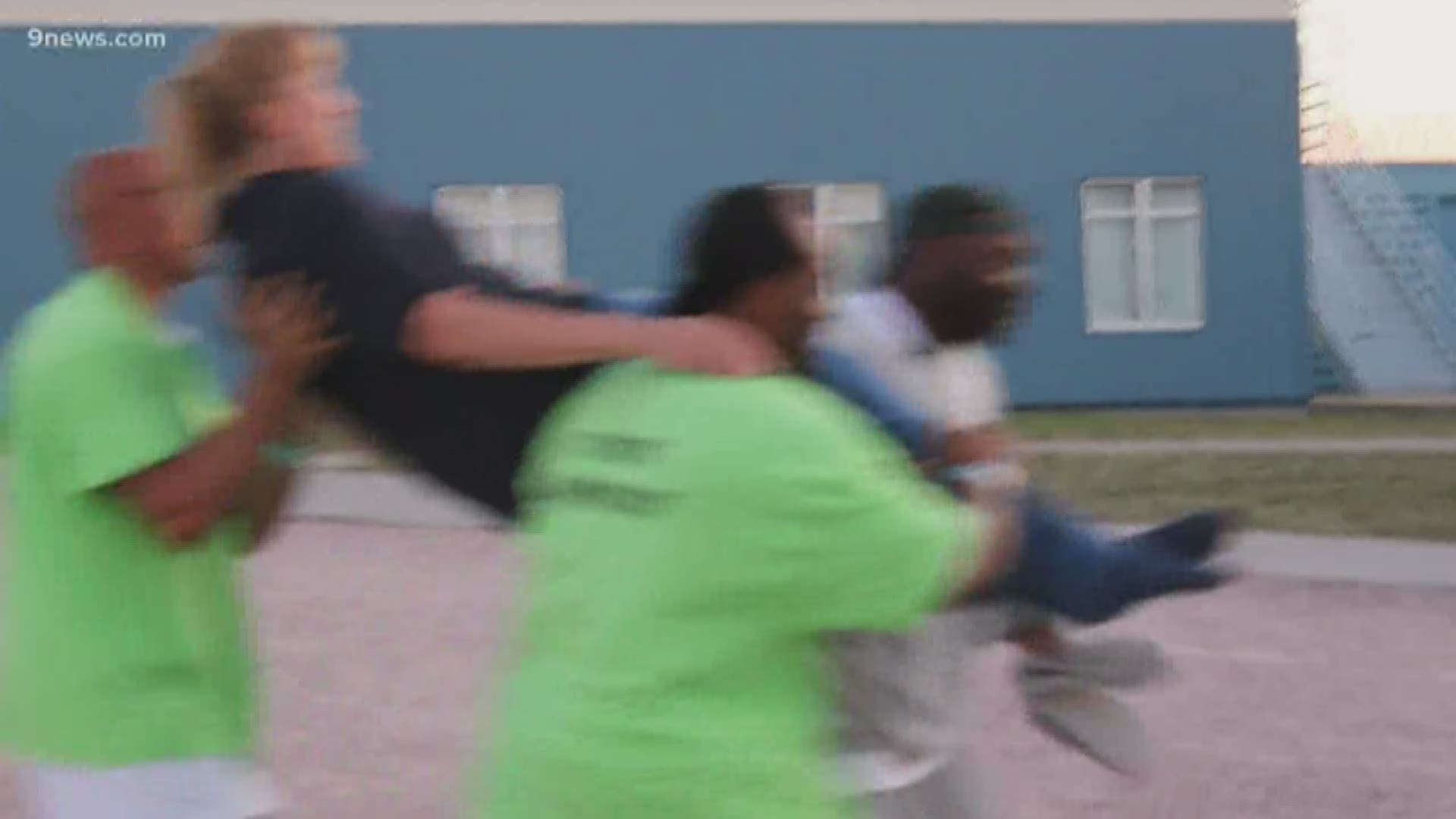 STERLING, Colo. — A September fundraiser that brought kettle corn, snow cones and a slip-and-slide into one of the state’s most secure prisons only turned “inappropriate,” according to the facility’s warden, when four of his female staffers decided to let several inmates pick them up and drop them into a dunk tank.

“That was a lapse in judgement,” said Sterling Correctional Facility Warden Jeff Long.

9Wants to Know obtained a series of videos documenting the dunk tank drops after submitting an open records request with the Colorado Department of Corrections.

“This was not something that was preapproved by the warden and was not authorized,” said DOC spokesperson Annie Skinner.

It all took place Sept. 7 on the prison grounds of Sterling Correctional Facility during a fundraiser for the Correctional Peace Officers Foundation. Inmates at Sterling helped raise more than $10,000.

“Our offenders in facilities around the state want to have the opportunity to hold these events that raise money for nonprofit organizations in the community that they would like to support,” Skinner said.

Warden Long said Sterling has been holding fundraisers for such nonprofits as Special Olympics and the Santa's Miracle Letter Project for about 1 1/2 years.

"This is an opportunity [for inmates] to practice life," Long said. "Let's allow them to practice the things they need to practice when they get out."

Part of this stems from the DOC’s push to implement what are known as “normalization” efforts inside the state’s prisons.

According to DOC reports, “Normalization aims to bring prison life as close as possible to normal life outside of prison.”

Long calls normalization an earnest way to try to keep prisoners from reoffending once they get out. DOC Executive Director Dean Williams has made normalization a priority as the department faces a three-year recidivism rate of close to 50%.

Recidivism is defined as the tendency of a convicted criminal to reoffend.

Long was quick to point out that while the September fundraiser at Sterling Correctional is part of the normalization efforts, the dunk tanks themselves were not.

“It was one incident at one time, and yes, they did lack judgement, but I believe it would be inaccurate to use that to cast over the entire Sterling Correctional Facility,” Long said.