A Russian man was convicted of sexually abusing a teenage girl in Oregon who was waiting for her school bus. A judge ordered him deported, but he's still living in the U.S. 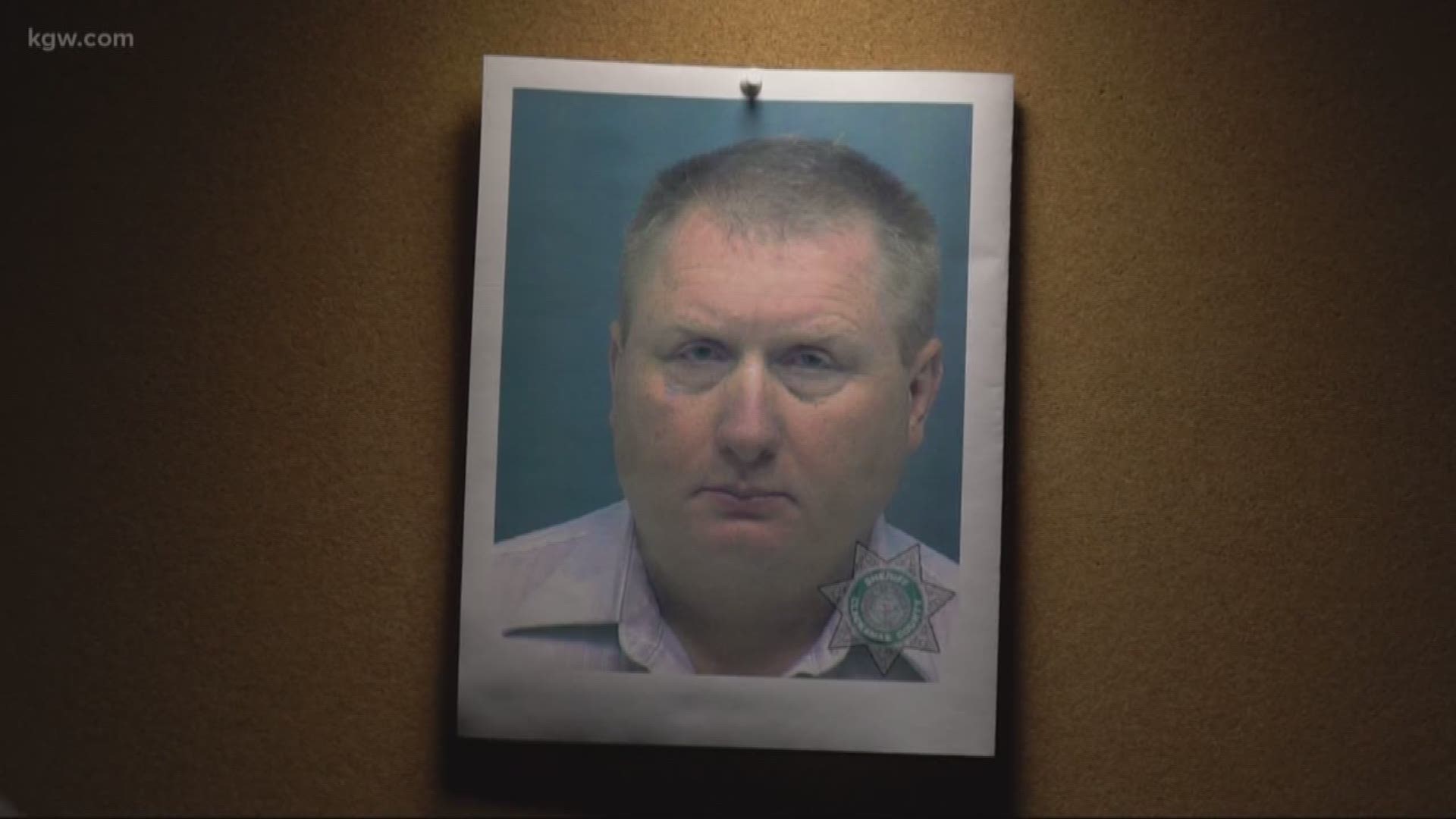 On the KGW News app? Tap for multimedia story

PORTLAND, Ore. — A Russian man convicted of sexually abusing a teenage girl in Oregon will not be deported, despite assurances he would be sent back to Russia after serving his prison sentence.

“Our expectation was that he was going to be deported,” said the victim’s mother, who asked not to be identified. “It just doesn’t pass the common sense test.”

The victim’s family said they were blindsided by the federal government’s decision not to deport Antipkin. They had been assured by the prosecutor and the judge that he would be sent back to his native Russia after reaching a plea deal and serving a six-year sentence.

“I thought it had to be a terrible mistake,” said the victim’s mother.

The victim’s ordeal started in the early morning on May 19, 2011 when police say Antipkin kidnaped the girl from her West Linn neighborhood. The 16-year old girl, who had been diagnosed with autism, was waiting for her school bus.

Investigators say Antipkin drove the girl to a remote part of Clackamas County and raped her. Hours later, a good Samaritan found the teenager injured and disoriented, walking along a freeway where she’d been dropped off.

Police say the victim identified Antipkin. He worked as a Town Car driver and she had grabbed a business card from his vehicle. DNA testing also linked him to the crime, according to police records.

Detectives arrested Antipkin on January 16, 2012 and he was charged with rape, sex abuse and kidnapping.

“These were serious, aggravated felony charges. They were sex crimes,” the victim’s mother said.

The morning of trial, the victim was so traumatized she couldn't speak.

“We couldn’t force her to testify. She wasn’t able to testify,” her mother said.

Instead, the prosecution negotiated a plea deal.

On October 29, 2013, Antipkin pleaded no contest, which resulted in a conviction on one count of Sexual Abuse in the First Degree. He was sentenced to six years in prison.

“Because of your immigration status, it is likely you will be deported,” Clackamas County Circuit Judge Eve Miller told Antipkin at the time, according to a court transcript obtained by KGW. “You understand that you will not be able to return to the United States once you are deported?”

During the court hearing, the victim’s father emphasized the importance of Antipkin being removed from the country.

“What makes this somewhat palatable is deportation. We don’t want him to be on the planet, but Russia, okay,” said the victim’s father in court.

The judge offered reassuring words for the victim, who was too upset to attend the hearing.

“Hopefully this will give some closure and that’s why I asked if she would understand that he is being deported. Maybe that would help her heal a bit if she knows that he will never surface anywhere in the United States, let alone in her neighborhood,” said Judge Miller.

Antipkin was transferred to the Oregon Department of Corrections, where he faced a mandatory minimum sentence of 75 months in prison. Additionally, he had an Immigration and Customs Enforcement (ICE) hold, which notified corrections officers not to release him, but instead transfer Antipkin to federal custody at the end of the prison term.

Just before his scheduled release in April 2018, the victim’s mother called the Oregon Department of Justice to make sure Antipkin was going to be transferred to federal immigration authorities.

That’s when she got the news she never expected. Immigration officers lifted the ICE hold on March 15, 2018.

Andrey Antipkin, a convicted felon and registered sex offender, would not be deported.

“I was very surprised. I actually thought it was a mistake,” said Clackamas County Deputy District Attorney Christine Landers. “I believed that he would be deported at sentencing.”

Landers called U.S. Homeland Security and confirmed the ICE hold had been lifted. A government lawyer explained Antipkin no longer qualified for deportation under federal statutes based on court rulings that had come down within the past three to four years.

“Crimes that had previously been things that people had been deported for were no longer deportable and Mr. Antipkin fell into that category,” Landers said she was told.

“In this case, the conviction for sexual abuse in the first degree under Oregon law does not subject Mr. Antipkin to immigration enforcement action,” said ICE spokeswoman Lori Haley in an email to KGW.

Antipkin was spared from deportation because of a decision by the U.S. Court of Appeals for the 9th Circuit, which struck down a law that allowed the government to deport some documented immigrants who commit certain serious crimes. The court ruled the law was unconstitutionally vague.

The White House said the Supreme Court decision will make it harder for the Trump administration to deport people convicted of some kinds of crimes, like sex offenses, kidnapping and burglary.

“It is yet another example of the need for Congress to urgently close the loopholes that allow criminal aliens to avoid removal and remain in the United States,” said Thomas Homan, acting director of U.S. Immigration and Customs Enforcement, in a statement responding to the Supreme Court’s decision.

Under the Immigration and Nationality Act, a permanent resident alien or green card holder can be deported if convicted of an aggravated felony.

Sex abuse in the first degree – the crime Antipkin was convicted of – does not qualify as an aggravated sexual offense under federal law.

“The agency makes every effort to detain and remove public safety threats from our communities; however, our authority is limited,” said Haley, the ICE spokeswoman. “Federal statutes and court decisions dictate that individuals with legal immigration status must meet certain criteria to be removable from the U.S.”

On April 16, 2018, state records show Antipkin was released from the Oregon Department of Corrections. He must register as a level one sex offender, which is the lowest level and does not appear on public websites.

Antipkin was living in transitional housing in downtown Portland following his release.

Ironically, he couldn’t leave the country if he wanted to. He’s on parole.

“We’re protecting him and letting him stay even though he’s a convicted felon,” the victim’s mother said. “I want to keep my child safe but I want to keep other people’s children safe too.”

Do you have a tip for KGW's investigative team? Email investigators@kgw.com.