The city of Portland admits roughly 3,500 cash cards distributed by PDX Assist and community groups were misaddressed, lost or accidently thrown out. 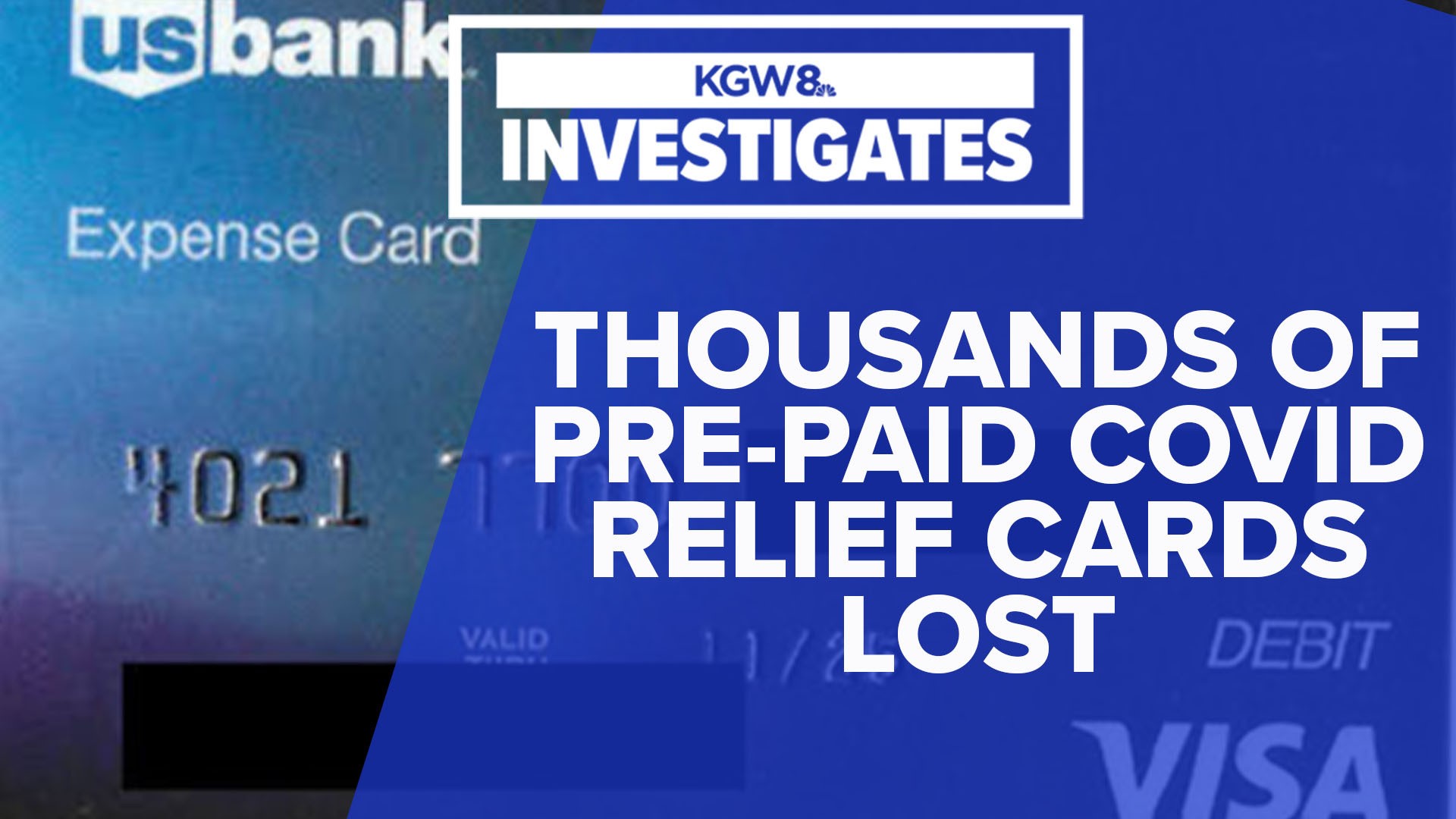 PORTLAND, Ore. — UPDATE: After the KGW investigation, one woman finally got her $500 prepaid debit card from PDX Assist, and many others realized the debit cards they received were not junk mail.

The city of Portland tried to help thousands of people reeling from the pandemic by distributing $500 prepaid Visa debit cards. A KGW investigation found nearly 3,500 of those cash cards never arrived, got lost or were accidentally thrown out.

“We wanted to make sure people got the funds and unfortunately we have had some people that haven’t,” said Leslie Goodlow, business operations manager for the Portland Housing Bureau.

Last year, the city of Portland along with community groups like the United Way gave out 29,000 pre-paid Visa debit cards. The money, from federal coronavirus relief funds, was intended to help people pay for things like food, medicine, or other expenses.

“I was ecstatic. I was so broke at the time and I can finally get back on my feet,” said Mike Kapski of Portland.

Kapski was one of nearly 100,000 people who applied for a cash card in December through the city’s PDX Assist website. Weeks later, the laid-off restaurant worker got an email that his name was among 4,000 people randomly selected in a lottery.

“I was financially strapped so I was looking for any assistance that I could get,” Kapski said.

Mercedes Shaw of Portland shared a similar experience. Shaw was notified by email that she too was selected by PDX Assist and would be getting a $500 cash card.

“I just never ended up getting anything,” said Shaw.

RELATED: Portland offering another round of $500 relief payments

Linda Schlechter of Portland was frustrated with the lack of response from PDX Assist. Schlechter said she called and emailed after waiting for her $500 prepaid Visa debit card to arrive. It never did.

“All I want for everybody is just get an answer,” said Schlechter.

“It wasn’t for lack of trying or that we were trying to do anything shady,” explained Goodlow, who oversees the program for the city of Portland. “It is just: human error happens.”

Goodlow admits roughly 1,000 prepaid Visa debit cards never made it their intended recipient. They were likely misaddressed due to a clerical error and returned to the bank. On top of that, other cash cards were accidentally thrown out when they arrived in mailboxes.

“We don’t know how many got thrown away,” said Goodlow. “We just know that we get anywhere from 10 to 30 inquires per day.”

One man told KGW he cut his prepaid debit card into pieces because he thought it was junk mail. The cash cards were sent in a plain envelope with a financial fine print from US Bank. There was no mention of PDX Assist, the city of Portland Housing Bureau or the United Way.

“We didn’t even know that US Bank was not going to include something- we didn’t know until after the program got started and then it was too late,” explained Goodlow.

Of the 29,000 cash cards loaded with $500 each, Goodlow said roughly 1,030 were sent back to the bank and 2,500 were never activated. That amounts to roughly $1.7 million dollars intended to help people during the pandemic that, so far, hasn’t been used.

“I can’t tell you if somebody threw it away or is sitting in somebody’s junk mail pile,” said Goodlow, who explained the next step is to find out who has not activated their cards and why.

Goodlow said applicants who applied through the PDX Assist website will get an email. Anyone who applied for a cash card through a community organization will be contacted by that organization.

For anyone who may have thrown out their pre-paid debit card, lost it or never received a card after being notified, Goodlow said they should email her directly at: Leslie.Goodlow@portlandoregon.gov

“We’ll do everything we can to reach folks and make sure they have that $500,” said Goodlow.

If you have a suggestion for an investigation or want to blow the whistle on fraud or government waste, email investigative reporter Kyle Iboshi at kiboshi@kgw.com