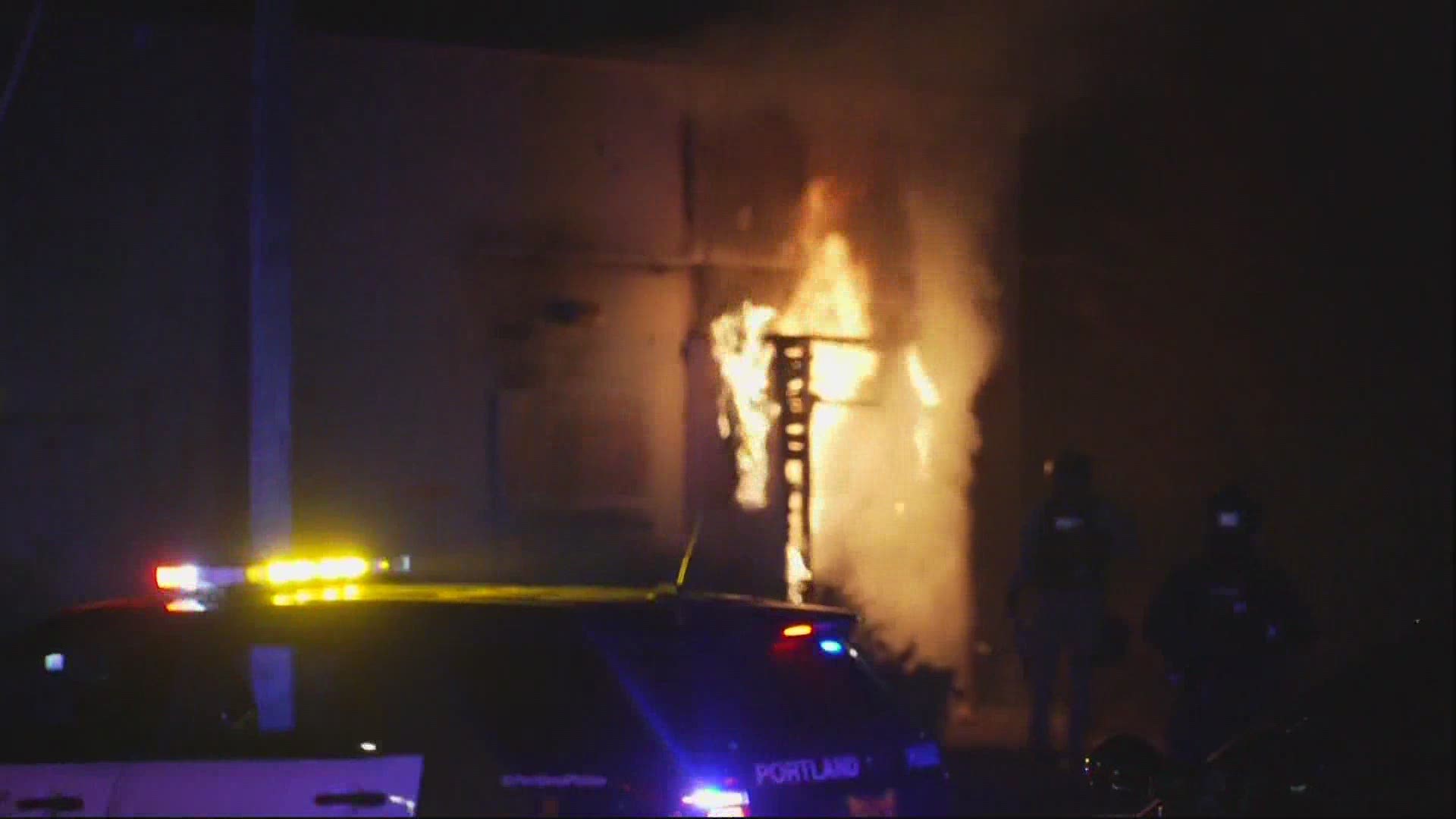 PORTLAND, Ore. — An unnamed informant. Plainclothes FBI agents. Tactics typically used in drug cases or serious crimes are being used by police monitoring protests in Portland, according to court records.

Activists and civil rights attorneys fear this police surveillance may violate the right to free speech - a risk they worry outweighs any potential benefit.

“I think it has a potential chilling impact on First Amendment speech,” said J. Ashlee Albies, a civil rights attorney in Portland.

Albies worries the tactic may deter law abiding citizens from participating in demonstrations and undermine trust between law enforcement and the community.

“If they feel like the person next to them is a government informant, they’re going to be less likely to participate,” Albies said.

Court records later revealed that an unnamed informant within the crowd helped identify Raven-Guido, who faces charges of arson, criminal mischief and riot.

The informant has “no criminal convictions, has a history of providing credible and reliable information on multiple prior investigations,” Portland Fire Lt. Jason Anderson explained in court papers.

It is not clear how often or under what circumstances Portland police use informants to monitor protests.

Portland Police Bureau directives define an informant as an “individual working for a member in an undercover status.”

Confidential informants can be paid or work for case consideration.

“It used to be in prosecutions they did not like informants because, let’s face it, most informants are criminals with dirtbag records,” said  Mike Levine, a retired DEA supervisory officer and undercover specialist.

On October 11, prosecutors said FBI agents wearing plain clothes in a protest crowd watched a man use a metal baton to smash out the windows of the Oregon Historical Society, Portland State University and many other businesses.

The FBI agents then relayed information about the suspect to Portland police, according to court records.

Malik Muhammad, 24, is facing felony charges for the vandalism, along with attempted aggravated murder charges for two different incidents where he allegedly threw lit Molotov cocktails at police.

“There’s a reason for it,” said Snider. “They’re going to ensure that protests remain peaceful because everyone has a right to protest, as long as we remain peaceful.”

Having a uniformed officer in the crowd might incite anger, Snider explained, especially during anti-police rallies.

“If they use plainclothes officers it could lessen the recognizability of them, but still allow them safely and from a distance to monitor what is going on at the protest,” said Snider.

Portland police acknowledged a request for comment but a spokesperson was unable to provide a statement prior to deadline due to limited staffing.

The FBI declined to comment on specific activity or cases.

“Our efforts are solely focused on identifying, investigating, and disrupting individuals who are inciting violence and engaging in criminal activity,” said Beth Anne Steele, spokesperson for FBI Portland.

Steele said the FBI respects the rights of people to peacefully exercise free speech and assembly.

“Our focus is not on peaceful protesters but on those threatening their safety and the safety of others with violence and destruction of property,” wrote Steele.

Albie argues there should be greater transparency and accountability if police continue to rely on undercover informants and plain-clothes federal agents in protest crowds.

“I think it certainly increases the fear and mistrust of the government,” said Albie.