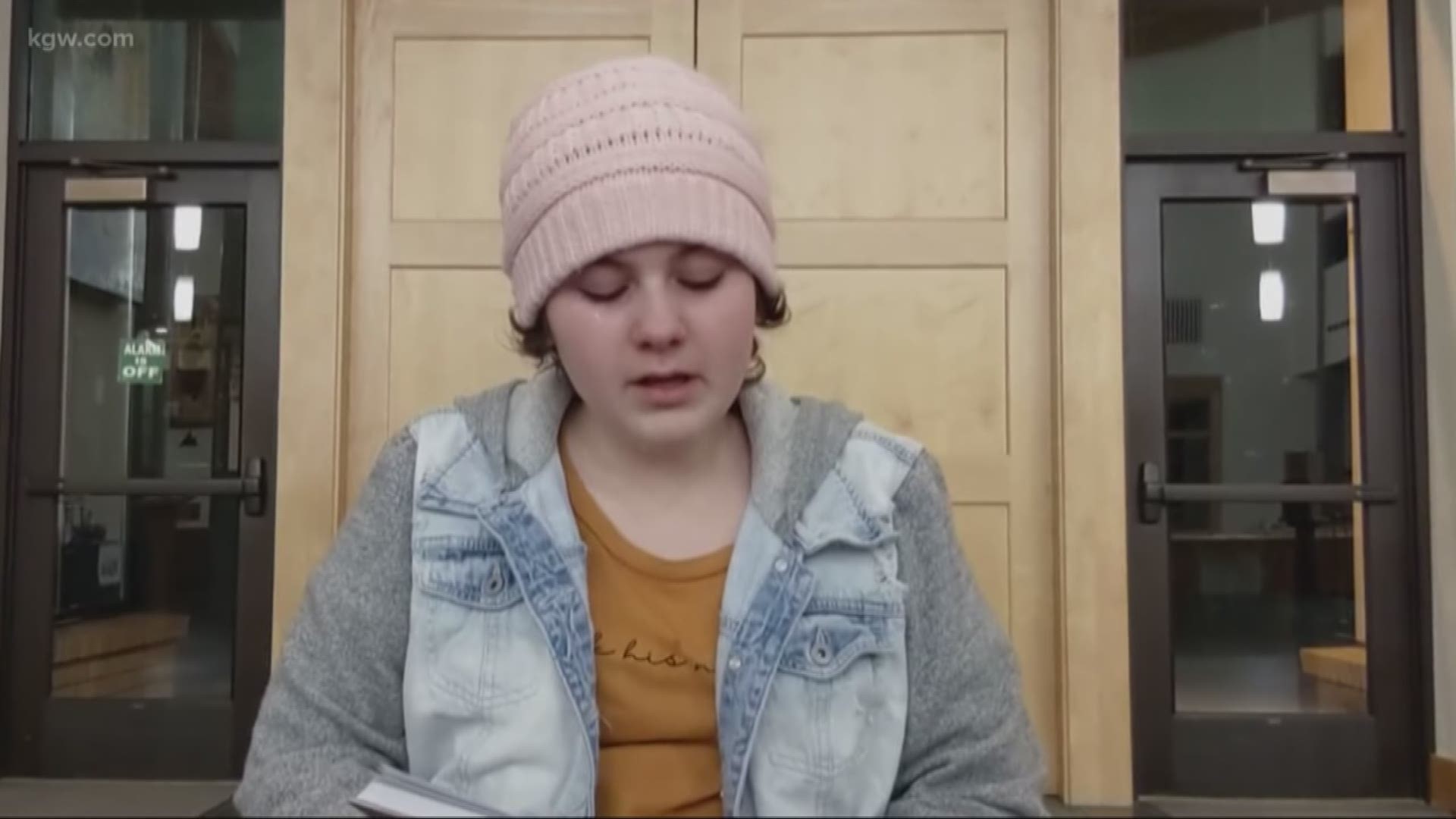 PORTLAND, Ore. — The medical custody battle over a 13-year-old Oregon girl is over. Kylee Dixon returned home to her mother on Monday.

“I am healing very, very well,” Kylee said in a video posted on Facebook.

Kylee has been in state protective custody since June 2019 when her mother failed to follow a court order to bring her daughter for prescribed medical treatment.

Christina previously told KGW she believes alternative treatment, including CBD oil, should be used to treat her daughter’s cancer.