Oregon has one of shortest school years, lowest graduation rates in U.S.

Washington students go to school the equivalent of an entire school year longer than Oregon kids, due to Oregon's shorter school years. What does that mean for graduation rates? 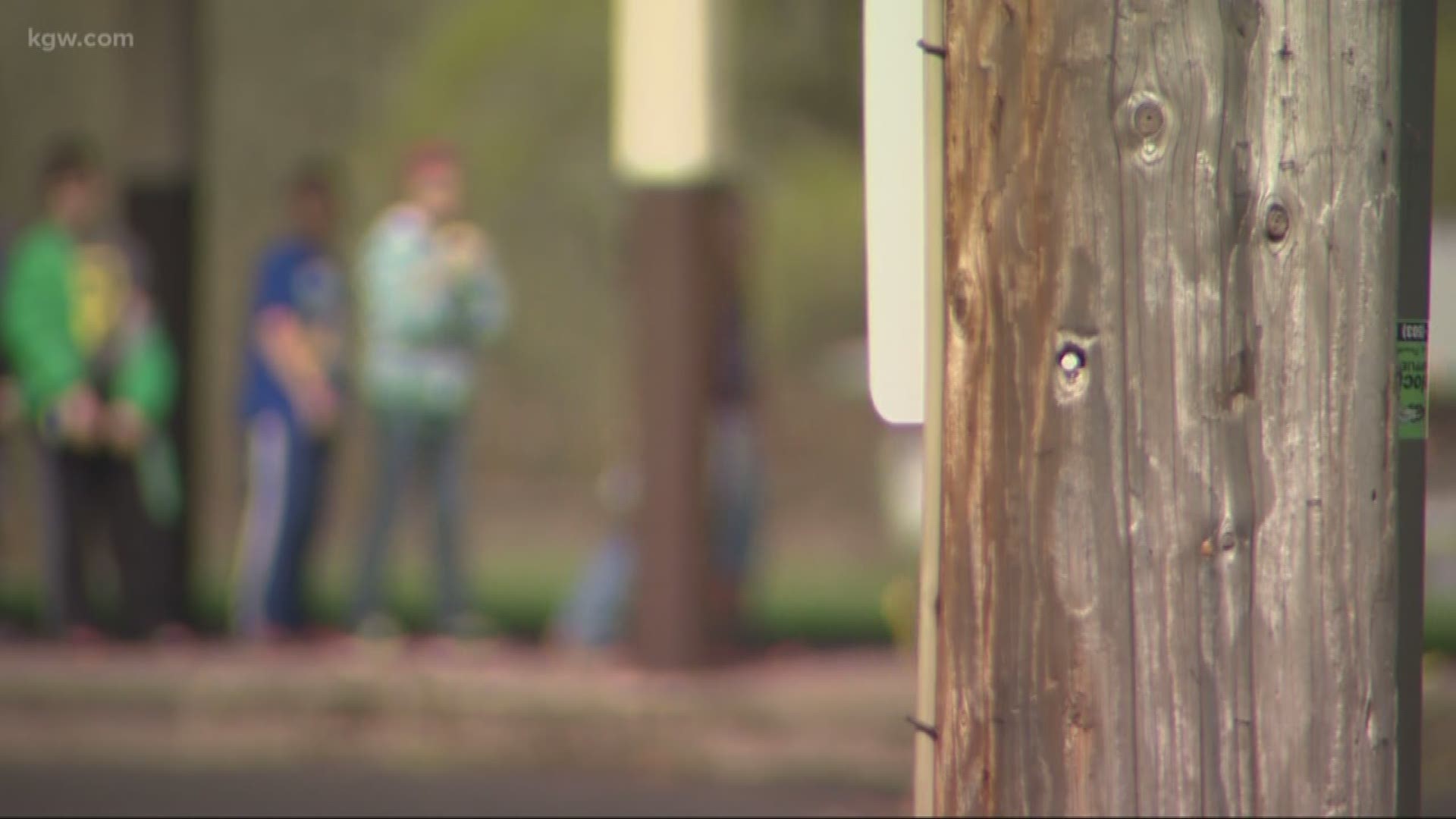 PORTLAND, Ore. -- Public schools in Oregon have one of the lowest graduation rates in the country. The state also requires students be in class for fewer days than students in most other states.

That has people – including a state school board member – questioning whether there is a correlation between those two facts.

Year after year, the state’s high school graduation rate is among the worst in the country. Currently, one out of every four students does not graduate high school in four years.

But Sordyl says one factor seems obvious and ignored: Oregon students just don’t go to school as much as kids in other states.

Around the country, students in other states average 180 days of instructional time in a school year, according to the National Center for Education Statistics. Those are defined as days when kids are at their desk, learning from a teacher.

In Oregon, the average is about 165 instructional days.* That’s among the lowest in the country.

Parents say they’re not surprised by the low number of instructional days in Oregon. Mom Heidi Tretheway, whose child used to attend North Clackamas schools, said it even became joke among parents.

“My colleagues and I used to refer to November as ‘No School-vember’ because there were so many days out of school in Oregon,” Tretheway said.

With graduation rates in Oregon among the worst in the country, parents say the question quickly becomes: Is it because kids don’t go to school as much as kids in other states?

“Absolutely I think there’s a correlation between graduation rates and not giving our students enough instruction time,” said Kim Sordyl, the state school board member.

Sordyl was the only member of that group who would talk to KGW about this issue. We called and emailed every other member of the Oregon Board of Education; not a single one responded.

“This isn't rocket science,” Sordyl said. “The problem is, there isn't a will from the governor or the legislature to do anything to improve graduation rates. They're making up excuses, they're delaying, I'm tired of it. I don’t need a proclamation that says graduation rates are important. Show me it’s important.”

We wanted to talk to Governor Kate Brown, who leads the Oregon Department of Education and acts as the official Superintendent of Schools, but her office directed us to the newly appointed “Joint Subcommittee on Student Success.” That’s a group of lawmakers who will tour the state, looking at what works in regard to education, and what does not.

State Representative Diego Hernandez, a Democrat from East Portland, sits on the committee. He also sits on the Reynolds School Board.

“Is there a correlation between high school graduation and the time in the classroom? We really haven’t actually done any studies in the legislature,” Hernandez said.

He argued connecting Oregon’s low graduation rates to the low number of instructional days is not comparing apples to apples.

Hernandez said there are a host of issues, and they all must be considered by the committee. He said adding more instructional days to catch up with the rest of the country is not the answer.

“Do you want to be in a classroom that doesn't have all the supports its needs, longer? Or do you want quality?” He asked.

Not all parents buy that argument. Tretheway packed up her family and moved to Washington because of Oregon’s educational system.

“I used to live in Happy Valley and we moved to Ridgefield specifically for the smaller class sizes and the longer school year,” she said.

If you compare the education of students separated by the Columbia River, the numbers are eye opening. If a student in Washington state starts his or her education in kindergarten and completes it through high school, by the time that student graduates, he or she will have gone to school the equivalent of an entire school year longer than the same student in Oregon.

That’s because the Washington student would get an additional 15 instructional days a year over 12 years. 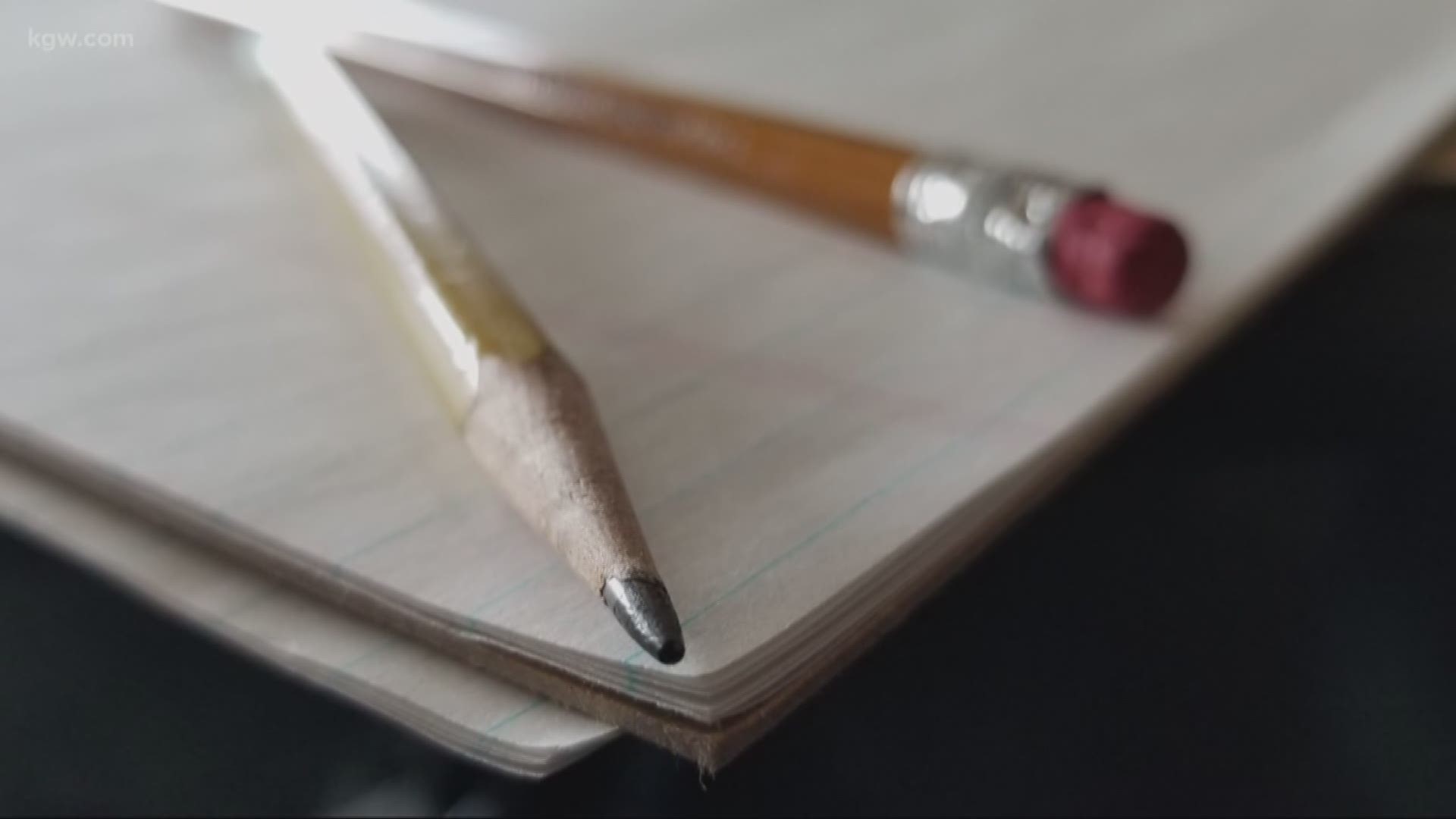 “If we've got other states that are giving a full year of extra instruction time, of course they're going to be ahead of our students,” Sordyl said. She wants the legislature to work with the governor to add instructional days for Oregon students.

At Tualatin High School, the graduation rates are consistently among the highest in the state, hovering around the mid-90th percentile. Principal Darin Barnard puts an emphasis on instructional time for all students.

He hired an “on-track” coordinator to address student absenteeism starting with freshmen.

Because of the limited number of instructional days in Oregon, Barnard said every day in class makes a difference.

“In order for our kids to be successful and have access to the content they need to be in class every day or when they’re not, they miss huge chunks of curriculum,” he said.

“The more the better,” Barnard said about the number of school days. “If we want to be good at something we’ve got to practice at that, we've got to be engaged. I don't know of anyone that doesn't believe more [instructional days] is better.”