State employees wasted hours on Instagram as unemployment backlog grew: 'A lot of us were playing on our phones' 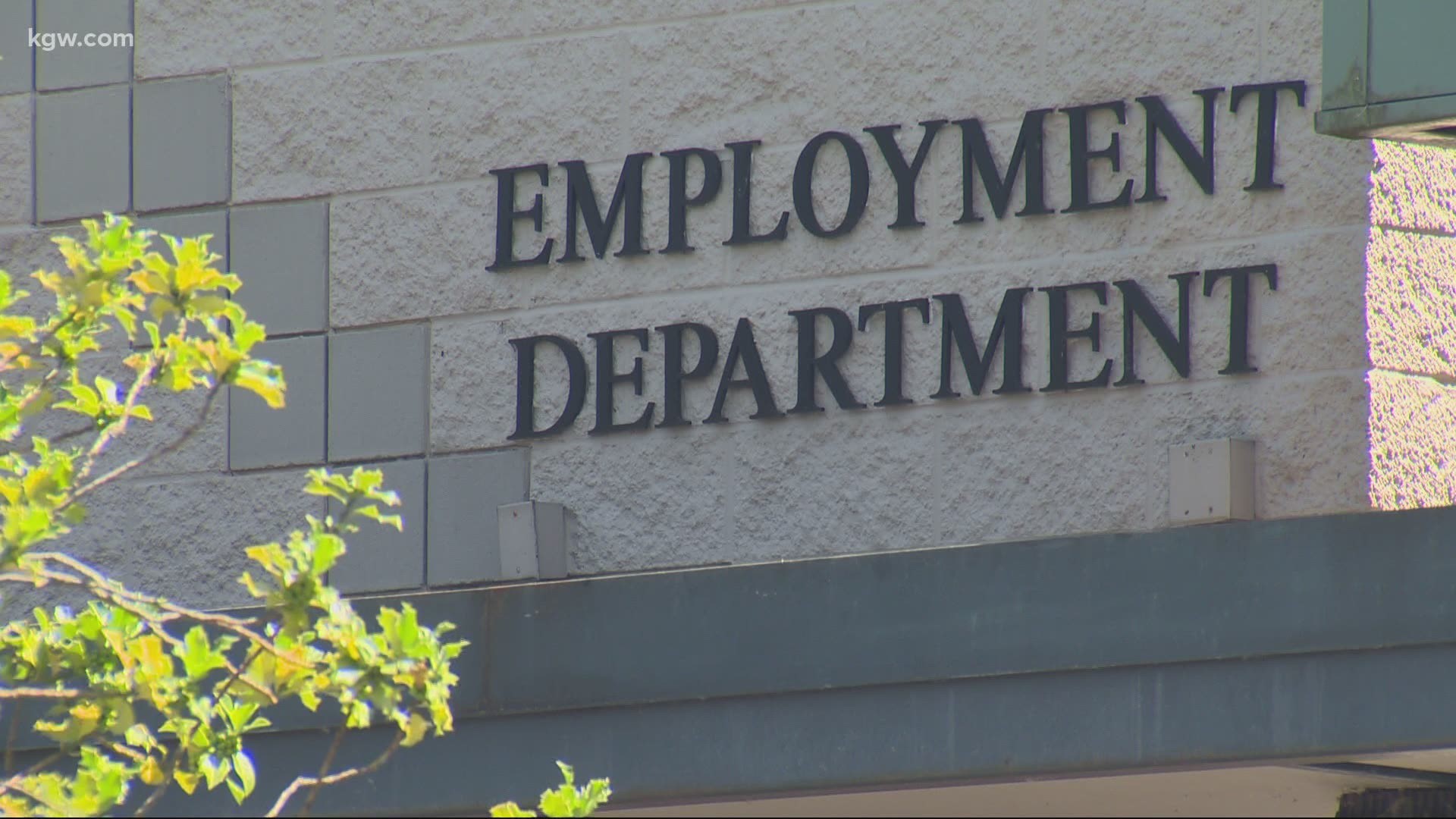 PORTLAND, Ore. — As tens of thousands of people in Oregon waited for unemployment benefits, state workers paid to process their claims wasted hours scrolling through Instagram and Facebook at a temporary call center in Wilsonville.

“A lot of us were playing on our phones. I was playing on my phone throughout the whole day,” said Desi Thonis, 32, an Oregon Employment Department worker. “It was so stupid because we could have been working.”

Thonis said managers limited workers to only a small handful of Pandemic Unemployment Assistance (PUA) applications for about two weeks after the program launched in Oregon on April 28.

“We all worked on them so fast that there weren’t any left,” said Thonis. “After 9:30 a.m. there was nothing left for us to work on.”

The Oregon Employment Department director David Gerstenfeld said, if true, he would be troubled to hear that state employees were on social media for hours.

Gerstenfeld explained the agency intentionally started processing PUA claims slowly to evaluate training and make sure there were no errors.

“I thought I was going to come in and see a big pile of applications at my desk and start working them, but it’s not like that,” said Thonis, who started work processing PUA claims in late April.

Roughly 94,000 independent contractors and gig workers, such as hair stylists, massage therapists and yoga instructors, have applied for the PUA program in Oregon. About 70,000 of those applications still haven’t been processed. The agency said it hopes to clear the backlog by early August.

Thonis believes some of the backlog could have been avoided if state workers would have been allowed to call PUA applicants in the early days of the program.

Additionally, other unemployment workers were instructed not to answer questions about the PUA because they weren’t trained on the new program. A dedicated unit, separate from traditional unemployment claims, handled PUA applications.

This lack of communication created frustration. Many applicants were left in the dark. They had no idea when or if their claim would be processed, or if it had been received.

When staff first started processing PUA applications managers told workers not to process claims that were missing information such as social security number or birth date, explained Thonis. Some applications were accidentally submitted blank because they had not been saved on a computer before being uploaded. Some applications sent by fax were smudged.

Thonis said that if she or other workers could have called applicants, minor errors would be fixed allowing the processing to continue. Instead, those flawed applications sat dormant for weeks and unemployed workers had no idea their claims were not being processed.

State workers are now finally calling applicants, helping them to correct the errors.

“First thing they say, ‘What? And you’re telling me now?” explained Thonis.

Gerstenfeld, the newly named director of the Oregon Employment Department, explained the agency focused first on completed applications because there were more than enough to get through.

Training was slow. It was difficult because managers were training larger groups than normal, they were adding new facilities and technology and the program was more complicated than anticipated, he said. Additionally, Gerstenfeld said the federal government provided new guidance just before the Oregon rolled out its new PUA program.

“We did want to go slow, not just to see how the training was going but also to make sure as these first claims went through and didn’t cause problems or errors in the system," said Gerstenfeld.

Instead of spending time calling applicants, the agency felt it was more important to focus on applications that were already complete and could be processed more quickly, Gerstenfeld explained.

Not all claims were processed in the order received. Some applications got priority. Thonis said unemployment managers were provided or compiled a list of people who contacted their state legislator to complain.

“That list was a high priority. We had to get that done before the other applications done,” explained Thonis.

On one occasion, Thonis said a lead worker or supervisor handed her a sticky note with a name and phone number.

“He’s like, ‘She called her state rep and she’s been having a lot of issues',” Thonis recalled. “Just take care of it right now.”

“Legislators have helped identify people who have been waiting the longest and we have prioritized those,” said Gerstenfeld.

The agency director predicted that additional staff, better training and automation added in early July should help speed up processing of PUA claims.

“It really is hard to overstate the challenge of standing up a brand new program and technology, while hiring new people, setting up a new facility and knowing that before that happened- you had tens of thousands of people desperately waiting for the benefits to come out,” explained Gerstenfeld.

Thonis hopes the system will improve. The state worker believes by speaking out, the public will better understand how and why tens of thousands of self-employed Oregonians are struggling during this pandemic.

“We’re working on getting it fixed. I do hope we get it fixed,” said Thonis. “I hope I’m there long enough so I can keep helping everyone out so they can get their benefits.”