‘Mommy, why is that man taking our car away?’: Auto repossessions expected to surge in coming months

If you can’t make your next car payment because you’ve lost your job or income due to COVID-19, you’re not alone. 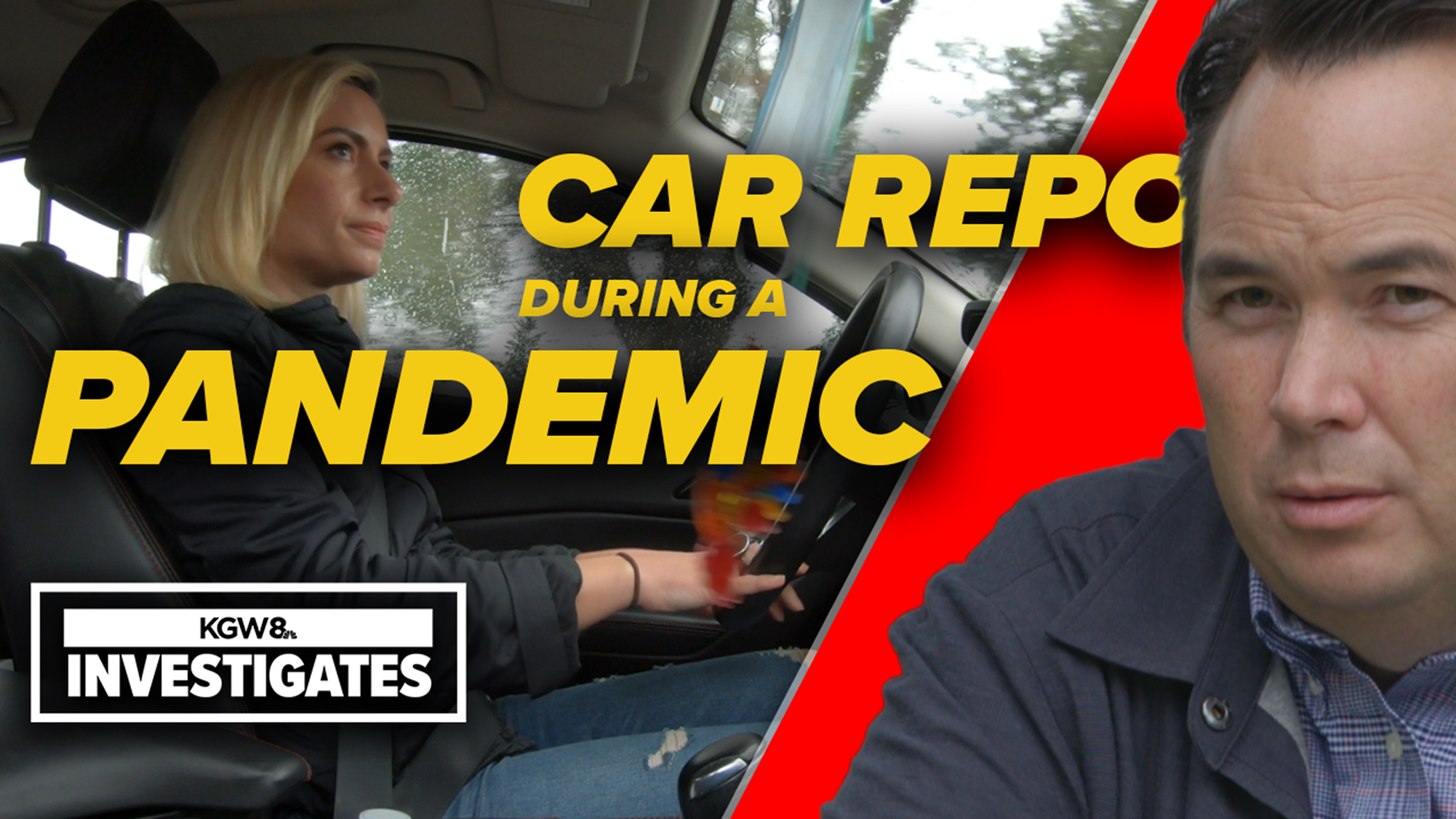 PORTLAND, Ore. — Sabina Urdes had just sat down for lunch with her 6-year old daughter when she heard a knock at the door. A man stood outside. In the distance, Urdes could see her 2015 Mazda hooked up to a tow truck. Her daughter’s bright pink car seat was still latched in the backseat.

“Hey, do you want the car seat before I take it?” The tow truck driver asked.

Urdes thought it must be a mistake. The Portland woman said she’d fallen two months behind on car payments, but no one had warned her that she was at risk of repossession.

Urdes pleaded with the tow truck driver to unhook her car. The single mom needed the car to run errands and buy groceries. The 34-year-old feared that if her daughter got sick during the COVID-19 pandemic, she’d also need the vehicle to get her to the doctor.

“I felt very humiliated," Urdes said. "I was embarrassed, especially in front of my child.”

The tow truck driver called his bosses and they instructed him to leave immediately. Urdes and her daughter Ziya watched helplessly as their car was towed away. They didn’t know where the car was going or if they’d get it back.

“We were both very confused about what was going on,” Urdes said. “She asked me, ‘Mommy, why is that man taking our car away?’”

She is not alone

Auto repossessions are expected to surge in the coming months as financial hardship programs begin to peter out and temporary consumer protections expire. Due to the economic turmoil brought on by the coronavirus pandemic and record levels of unemployment, more and more consumers are expected to fall behind on car payments.

“We’ve certainly seen an uptick in defaults and delinquencies,” said John Van Alst of the National Consumer Law Center. “I think that’s going to translate into a really large increase in repossessions.”

According to the credit reporting agency TransUnion, the number of auto loan accounts that are 30 days past due moved to 3.1% in August, compared to 3.0% in July.

McCook said a variety of factors, including the economy, the COVID pandemic, and the election could impact the repossession market.

“I’ve been in this for 50 years and never has there been a time like this,” McCook said.

Zo Rahim of the economic and industry insights team at Cox Automotive explained that forecasting the repossession market is especially difficult because of uncertainty surrounding a possible federal stimulus spending package.

“Another round of stimulus checks could help a lot of consumers to maybe get out of delinquency or default status,” said Rahim.

He anticipates an uptick in repossessions sometime next year, but exactly when and how sizable an increase is unclear.

“It is tough to gage when repos will start happening because of different agreements with lenders and borrowers,” Rahim said.

RELATED: Debt collectors are garnishing wages during pandemic, leaving those barely getting by with even less money

Urdes purchased her gray 2015 Mazda hatchback in August 2018. It was a proud moment for her; she had a stable income and planned to make reasonable, monthly payments for the used car.

Then came the unexpected.

“I was laid off from my job,” said Urdes, a freelance writer. “With the pandemic it has been hard to find stable work, and with school being out and me being the primary caregiver, I’m a single mom, it made it even more challenging to be able to find any kind of work.”

RELATED: US jobless claims drop to 787,000, but layoffs remain high

“When you have less money than all of the bills you owe, where do you send the money?” Urdes asked.

She said she contacted her creditors, including Chase Bank, which agreed to temporarily defer car payments.

“They let me delay by a couple months, but once that grace period expired, everything happened very quickly,” Urdes said.

In mid-August, Chase Bank repossessed her car. She said there was no letter, no phone call and no warning.

A Chase spokesperson said the company had made “repeated attempts to contact the customer.”

Chase stopped all repossessions in mid-March. Then the company resumed repossessing vehicles in July.

In many states, including Oregon, a creditor can seize your car as soon as you default on your loan or lease. They can repossess a vehicle at any time, without notice, and can come onto your property to do so.

Urdes said Chase demanded full payment of the loan to get her car back — more than $10,000. It’s money she clearly didn’t have.

“Once they took the car there was no negotiation, no talk, no sympathy,” said Urdes.

Frustrated, she shared her story on social media and organized rallies outside of a Chase Bank in Southeast Portland.

Urdes, a community volunteer and chairperson of the Lents Neighborhood Association, stood alongside friends and neighbors holding signs reading, “Stop the repos” and “No more repossessions.”

“I wanted them to see faces of actual people who are impacted by what they do,” said Urdes.

Urdes and her supporters also sent a letter to Oregon Gov. Kate Brown, urging her to impose restrictions on repossessions during the COVID outbreak.

At least seven states adopted laws or executive orders in response to the coronavirus pandemic that protect consumers from car repossession during the crisis. Oregon is not one of them.

Consumer advocates suggest, as those protections expire, more people across the country will be at risk of losing their car.

Industry experts say many creditors didn’t act early in the pandemic due to health concerns. They also weren’t sure if they could sell those seized cars. But that has since changed. There’s greater interest in repossession because used car values have increased.

“I think all the signs point to an increase in repossessions,” said Van Alst of the National Consumer Law Center.

In September, Urdes was able to get her car back after a community member stepped forward to provide an interest free loan.

Even then, Urdes said Chase didn’t make things easy. She had to coordinate a ride to Seattle to pick the car up from an auction lot. Urdes also had to pay for storage, processing fees and new keys.

“I know this has been a very painful experience for me,” Urdes said. “It would really hurt me to know that other people are struggling as much as I have.”

If you can’t make your next car payment because you’ve lost your job or income because of the coronavirus, you’re not alone.

Here’s what you can do: