Board members and the district superintendent previously said their hands were tied because of how the state law was written. 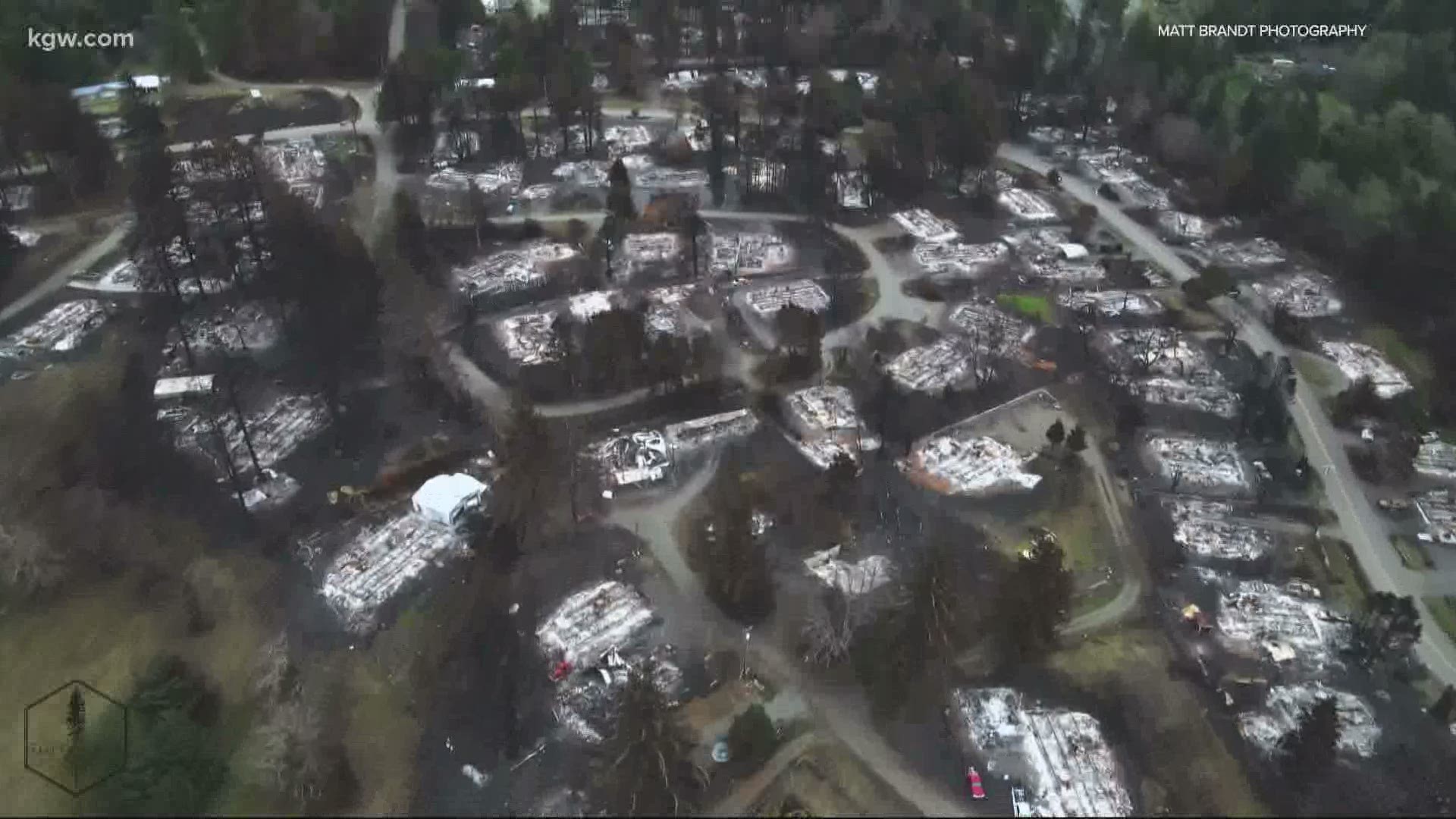 PORTLAND, Ore. — Amid public pressure, the Lincoln County School District has reversed course on its position to tax wildfire victims looking to rebuild their homes. The school board is considering offering a temporary construction tax waiver for wildfire survivors.

If approved, the tax waiver would apply to victims looking to rebuild their homes destroyed in the Echo Mountain wildfire. The temporary waiver would apply only to primary residences, not rentals or secondary homes. Additionally, the waiver is only available to people rebuilding homes equal to or smaller than their original house.

Last month, community members asked the Lincoln County School Board to provide a waiver, making them exempt from paying the construction excise tax.

RELATED: 'They’re kicking you while you are down': Wildfire victims face school district tax as they try to rebuild

In October, Lincoln County School Board members said their hands were tied because of how the state law was written.

Superintendent Gray said she was told by Oregon state Rep. David Gomberg that school districts do not have the discretion to waive the construction excise tax for wildfire victims.

Gomberg said his information was based on a phone conversation with the Office of Legislative Counsel.

On October 15, the North Santiam School District waived its construction excise tax for victims of the Beachie Creek fire.

“This was copied from the North Santiam School District,” explained Gray. She also sought the legal advice of the Oregon School Board Association. Gray said an OSBA lawyer found the law to be vague on whether school districts can provide temporary construction tax waivers for wildfire victims.

The Lincoln County School Board plans to vote on the proposed waiver during its next meeting on Dec. 8. During Tuesday’s meeting, school board members seemed supportive of the resolution.

“I don’t know why it has taken them so long to make up their mind,” said John Skelton, standing on his Otis property destroyed by wildfire. “They’re just leaving us up in the air.”

If approved, the school board said it hopes to make the tax waiver retroactive for any fire victims who already paid the tax while rebuilding their homes.